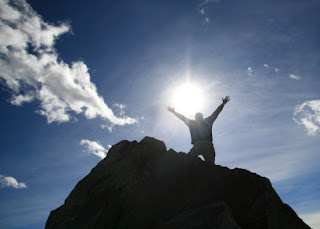 In these posts I have answered Leibniz’s single most important question: “Why is there something rather than nothing”? There is something rather than nothing because a third form, that is neither matter nor energy exists and preserves the rotational symmetry of  distinct three-dimensional objects, all of which would otherwise decay faster that they could possibly form in a dynamically expanding universe. Dr. Neppe and I call this third form ‘gimmel’. We chose this name for several reasons, including the fact that gimmel is the third letter in the oldest alphabet of the modern world. Gimmel, combined with mass and energy, shapes reality to conform to the distinct logical structure existing in triadic quarks, electrons, protons and neutrons, manifesting as negative entropy (logical patterns and order) in the physical universe. So, in a very real sense, the discovery of gimmel is the final answer to the question of why there is something rather than nothing. The inclusion of gimmel in the equations describing the laws of physics explains why there is something from the very ‘bottom’ of physical reality, at the quantum level to the farthest reaches of the expanding universe.

But Gӧdel’s incompleteness theorem tells us that in any logical system there will always be legitimate questions that cannot be answered within that system. Considering the universe as a logical system, the incompleteness theorem tells me that finite reality, the reality supporting life and individual consciousness, is never complete. That’s why the universe appears to expand to infinity as we improve our technological ability to see farther. These patterns, made stable by the presence of mass-less, energy-less gimmel, resist and overcome the natural tendency of the physical universe to decay back to maximum entropy (total chaos and disorder). So, having answered the question of why there is a physical universe, the next question is what is gimmel?

In our published works, like “Reality Begins with Consciousness” and articles on gimmel and TRUE unit analysis, published in IQ-Nexus, the journal of the World Institute of Scientific Exploration, and other journals, we are careful to distinguish between aspects of TDVP that are supported by experimental data, and/or proved mathematically, and aspects that are hypothetical and speculative. On this blog, however, I am free to give my opinion and say what I think. Therefore, I will go on the record here proposing that gimmel is the finite manifestation of Primary Consciousness, and the reason you and I experience the amazing distinction of self from other. I believe this is the case because gimmel is the conveyer of meaning and purpose, and there is no other candidate that I can imagine to put forth as an explanation for the existence of gimmel. I think gimmel is not only the manifestation of consciousness in physical reality, but actually consciousness itself. If I am correct, then the next question becomes the ultimate enigma: what is the source of gimmel?

I propose that the source of gimmel is Primary Consciousness, within which everything exists in dimensional sub-domains. Just as the first two dimensions of space, conceptualized as lines and planes, exist embedded within the third dimension, measurable as volume, the dimensions of time and finite individualized consciousness are embedded within the transfinite domain of Primary Consciousness. The term ‘transfinite’ is intended here as it was defined by Georg Cantor. The logical patterns of reality are then most appropriately described by the calculus of distinctions, a logical mathematical system I developed from an extended application of George Spencer Brown’s calculus of indications, published in his seminal work “Laws of Form”. The major difference that distinguishes the calculus of distinctions from Brown’s work is the inclusion of consciousness as the agent of organization and order through the drawing of distinctions, and the inclusion of the fourth type of logical statement, beyond Russell and Whitehead’s theory of types, as hyper-dimensional. In simple terms, I am saying that, in addition to true, false and meaningless statements, distinctions beyond the three spatial dimensions, measurable in terms of imaginary and complex numbers, are included in the calculus of dimensional distinctions.

There is no really appropriate word to describe this fourth type of statement. Imaginary suggests that it is not real, but it is, in fact, just as real as the other types. This misnomer in science and mathematics is responsible for much of the confusion and misunderstanding about relativity and quantum physics, and the stagnation of scientific thought in the dead end of materialism. Inclusion of statements of the fourth type in logic and mathematics allows the scientific description of different states of consciousness, including out of body and spiritual experiences.

You and I exist then, as finite distinctions of consciousness occupying finite physical bodies in the physical universe, and simultaneously as participants in the formation and perpetuation of the pattern reflecting the logic of the Primary form of Consciousness, within which everything exists. In this way, reality is participatory, self-referential, beginning-less and endless.

Also, since we are individualized consciousness, as human beings occupying finite physical bodies, we are incomplete; we are works in progress. This is why we are propelled to solve the ultimate enigma, to search for the cause behind the cause. Why? Simply because we exist.