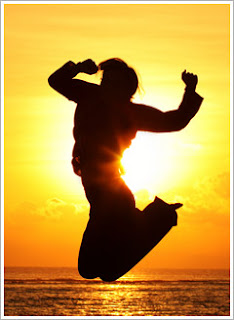 I AM SO THANKFUL

I am so thankful for this day,

When I think upon the many things
that make it differrent from the rest;

It’s unique in at least a million ways,
Here’s some of them I like the best:

I am ALIVE today, to enjoy this life
That’s mine alone, and no other’s

Who planted flowers along the way.
…I am so thankful for this day!

The Earth turns on, beneath my feet
And the stars swirl above my head,

I taste the joys of life, so sweet;
I’m among the quick, not the dead!

I am so thankful for this day!

This day is what it is because
Of all the days now gone before.

I‘m the sum of my deeds and flaws,
Of all my days, and something more:

I am thankful because I know
I‘m more than just the sum of parts;

I am the flower in the snow,
I am the joy in countless hearts!

NOTE: Please scroll down to read a poem about Jacqui, posts about gimmel, and much more. 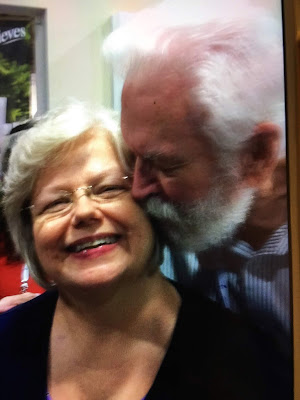 JACQUI
"You're Ed Close!" she said,
All those many years ago,

And a bell rang inside my head.
What it meant, I did not know.

Within a few days, I went from
Knowing nothing at all about her,

To realizing the simple fact
That I couldn’t live without her.

Her appearance in my life that Day,
Was a touchstone to the past …

An echo from an ecstasy,
Found again, at long last,

Washed up on a distant shore,
She knew, for her dreams had long foretold

The way our lives would morph
And intertwine, to fit the Master‘s Mold.

As time went by, I came to know,
We had a crucial part to play

In His plan to make our Spirit grow,
And help others along the way.

He sent His sweet Blessings from above,
A perfect life, completed with her Love.

But, what am I to do, now?  I cry a thousand tears!
Must I wait for her return, another thousand years…

Now she’s gone?
I miss her so…

Then, miracle of miracles, words came from the other side:
"Do you know who this might be?" He asked,

"She says she helped you with your work!" "Oh Yes!", I replied.
Doubt faded, like a late Spring frost, as I basked

In the warm glow of Jacqui’s love,
Her wit and humor could not be denied!

So now, that soul who was so sweet,
Who made my life and work complete,

She is not gone; her love still flows within my heart;
And lifts me like a rising tide.

When He says "Come Home, you‘ve done your part.“
I’ll join her on the other side!

"That has not changed at all", she said,
"Just because I died!"

No, Jacqui’s not gone! 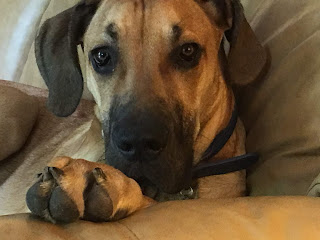 Max was born November 10th, 2018, and on May 10th, 2019, his 6-month numerical-return date, we had a bit of a mis-adventure. My first indication that something untoward had happened, was waking up at about 2:30 pm, on my king-size bed in the master bedroom, with Max licking my face and pawing at me with his king-size paws. - And I had absolutely no memory of how I got there! Very disconcerting! And my glasses and hearing aids were missing. Max was removed to his kennel, and I promptly went back to sleep.

Waking at a few minutes past 4:00 pm (I had a pre-arranged meeting via Zoom at 4:00 pm), and learning that the call had been postponed by the other party, I began trying to piece together what had happened. I re-traced my steps, starting with breakfast that morning, and tried to recall everything that led up to my waking with Max frantically pawing at me. I finally remembered taking Max for a walk about 1:30, seeing a big gray tomcat, and, to make a long story short, I  discovered that I had a collision with the Earth sometime about 1:45 pm. The planet was apparently unaffected by the collision, but I was knocked unconscious.

Thank goodness my Beltone Amaze hearing aids have a feature called “Find my hearing aid”! My glasses were embedded in the ground where I fell, and my hearing aids were scattered nearby. I convinced my son that I didn’t need to go to the ER, and two-days and as many visits to the chiropractor later, and I am about back to normal, with a sore right arm and chest. The moral of the story: If a 70-plus pound puppy lunges after a cat, or other irresistible animal, let go of the leash! You can’t do anything about the situation if you are unconscious!

I have been trying to recover memories of what I experienced during the time I was unconscious, thinking it might be like the time almost nine years ago when I had the OBE experiences in the Great Pyramid. Maybe I had some more ancient history downloaded into my brain, or maybe I was with Jacqui! But, no such luck. As far as I can tell. It was just like being asleep, except that I woke with a headache, sore arm and chest from a very real collision with the ground. 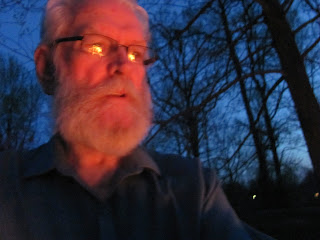