ERATOSTHENES REVISITED AND IS TDVP NEW SCIENCE, OR A NEW RELIGION? 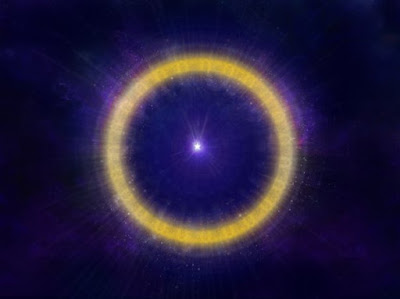 IS TDVP NEW SCIENCE, OR A NEW RELIGION?

We have stated that transcendental physics, and in the broader sense, the paradigm shift TDVP integrates science and spirituality. Does this make TDVP both a science and a religion? I am flattered to have been compared with Einstein more than once, and with religious reformers like Martin Luther. It has actually been suggested that my mission in life is to start a new scientific religious movement. If bringing science out of the dead end of materialism is a religious movement, then I’m guilty as charged, and happy to be an agent of positive change. But I’m a mathematician and physicist by academic training, and Dr. Neppe is a medical doctor and neuroscientist.

WAS ERATOSTHENES EXPERIMENT REALLY PROOF THAT THE EARTH IS ROUND?
As noted in the previous post about the Flat Earth hypothesis, Eratosthenes may have gotten the idea that the Earth was round from books in the Great Royal Library of Alexandria where he worked, probably from the works of Pythagoras, who lived about 200 years before Eratosthenes. Pythagoras believed, among other things, that the Earth was a sphere. He also believed in reincarnation and said he remembered at least four of his past lives.

IS SCIENCE OR RELIGION ULTIMATELY PROVABLE?
So we have to ask, is there any real difference between science and religion with regard to absolute truth? Each new discovery, like our discovery of gimmel, the third form of reality, just pushes what we know farther toward the assumption of an absolute reality.


Perhaps TDVP is both science and religion. Perhaps the scriptures of TDVP are number theory texts, George Spencer Brown’s Laws of Form, the Calculus of Distinctions in Transcendental Physics, and Neppe and Close’s Reality Begins with Consciousness. www.BrainVoyage.com
Posted by Edward R. Close at 3:21 PM