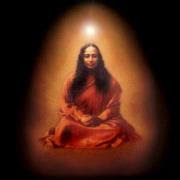 Based on the findings of Transcendental Physics, the mathematical processes of the Calculus of Distinctions and the philosophical framework of TDVP (the shift to a consciousness-based scientific paradigm), we know that reality has a definite logical structure, a major part of which is hidden because it is not available to our physical senses or extensions of them. Fortunately, it is revealed by the logical structure of pure mathematics.

TDVP explains that Primary Consciousness (PrC), the source of all stable, mathematically logical structure, is the underlying field of all reality. Everything is embedded in it. Entities that appear as particles in the three-space, one-unidirectional-time dimensional domain (3S-1t), are actually perturbations in the PrC field. They form and fit into the matrix of the PrC logical structure projected into 3s-1t. This means that quarks, protons, electrons, neutrons, radiation, molecules, organic life forms, planets, suns, and the cosmos, are inevitable, reflecting the logical structure of PrC.

Pure mathematics, as exemplified by the Calculus of Distinctions, reflects the logical structure of Primary Consciousness and all reality. The perturbations of the PrC field that we see as objects, are actually composed of 9-D energy vortices. This is revealed by the math and is verified by physical realities not explained by mainstream physical theory, such as quark mixing angles, fermion spin and triadic combinations of quarks and electrons, protons and neutrons.

The fact that a major part (it turns out more than 95%) of reality is hidden from the five senses associated with physical bodies, should not come as a surprise. Experimental science has shown us that the physical senses are reduction valves, allowing only that small portion of the radiation, vibration and dimensionality needed for survival, into the processing functions our brains. In our logically structured universe, the main purpose of physical organic life forms is to serve as vehicles for the development of consciousness. This development of individualized consciousness and the accompanying expansion of awareness is traditionally called spiritual growth, which leads to enlightenment.

OK! So, physical reality is a matrix of PrC field perturbances interacting with each other according to universal laws. Enlightenment, however, sounds to most people (including physical scientists) like an almost unattainable mystical state. What practical application does TDVP  have for you and me as personalized individualized consciousness in physical bodies? How does this knowledge enhance our lives or improve our chances to progress into more advanced states?

We are told by the saints and sages of all times and traditions that enlightenment can include an awareness of the interconnectedness of all things. So it is reasonable to expect that knowledge of the universal laws that govern the interactions of all things, will give us the ability to make crucial decisions that will result in starting on a path to true enlightenment and happiness.

The knowledge that every particle of the hierarchical structure supporting the processes that make up our physical bodies, contains non-physical components (we’ve called them triadic rotational units of equivalence (TRUE) of gimmel) that convey the logical structure of Primary Consciousness, assures us that there is meaning and purpose in our existence. An awareness of the PrC field brings an awareness that all things, not just the organs and processes of physical bodies, are connected in a multi-dimensional way.

The next step is to develop a deep awareness of the reflection of Primary Consciousness conveyed by gimmel in every quark, proton, neutron, electron and atom, and every single molecule of our physical being. By deep concentration on the consciousness existing in and pervading all things and by aligning your individual consciousness with the laws and logic of Primary Consciousness, you can traverse an otherwise physically hidden path to maximum physical and mental health and eventually, spiritual perfection.