TDVP MATHEMATICS AND THE STRUCTURE OF REALITY 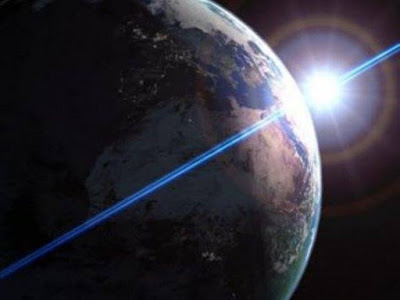 THE ROLE OF MATHEMATICS IN INVESTIGATING THE NATURE OF REALITY

Some scientists, when thinking about the nature of reality, make a distinction between the Platonic 40 and Aristotelian worldviews 41 : The Platonic view, a revision of which we ascribe to, is that the universe is the physical manifestation of a partly hidden, deeply mathematical reality; while the Aristotelian view is that mathematics is simply an invention of the human mind, developed as a tool used to process direct observations and measurements of the material universe. Michael Rowan-Robinson, Professor of Astrophysics at Imperial College, London, has articulately expressed his belief in the Aristotelian view in his well-written presentation of current observational cosmology, “The Nine Numbers of the Cosmos” 42. :

[The] “Platonic view, that the universe is a manifestation of some kind of ideal, mathematical form, is very fashionable today. Some of its proponents are so astounded by this insight that they are driven to a mystical interpretation. This deep mathematical structure is God, or the mind of God, or is evidence for a creator. But, why isn’t this insight, that the universe is deeply mathematical, sufficient in itself? The additional mystical interpretation doesn’t seem to add anything. There is, anyway, an alternative to this Platonic view, namely that we should think of mathematics as simply an invention of the human mind, which we use as a tool to model our limited perceptions of the universe… This Aristotelian view, which I share, sees the universe as something we try to characterize, measure, describe.”

Mathematical Platonism 43 incorporates three theses: The existence, abstractness and independence of mathematical objects. This means that had there not been any intelligent agents, or had their language, thought, or practices been different, there would still have been mathematical objects. Platonism must be distinguished from the view of Plato in history. ‘Platonism’ is simply inspired by Plato's famous theory of abstract and eternal Forms and Platonism is quite independent of its original historical inspiration. 43. But the Mathematical Platonism we describe is broader than the purely metaphysical ‘Platonism’ because we attempt in our models to incorporate mathematics directly into science recognizing that we can not only apply it empirically but use the equations of consciousness as part of the model.

Platonism implies that reality extends far beyond the physical world and includes objects which aren't part of the causal and spatiotemporal order studied by the physical sciences. Mathematical Platonism argues beyond naturalistic theories of knowledge. If philosophical analysis revealed mathematics to have some strange and surprising consequences, it would be unattractive simply to reject mathematics. With respect, the mathematics we present below are far beyond naturalistic mathematics, and extends to empirical particle physics and postulates beyond that. Therefore, Mathematical Platonism is very powerful as presented below.

As proponents of the Triadic Rotational Vortical Distinction Paradigm (TDVP), Drs. Vernon Neppe and Edward Close differ markedly from Rowan-Robinson. TDVP aligns to some extent with the Platonic worldview, except that is applied not only philosophically, but mainly based on empirical inductive and deductive reasoning and applying feasibility as a method of the Philosophy of Science. 41; 44 We are not therefore ‘astounded’ that the universe is deeply mathematical, - we expected it. And we are not ‘driven’ to ‘mystical interpretation’; we see it as natural, satisfying, and more to the point, explanatory. It explains many things that the materialistic Aristotelian worldview cannot. It is the materialistic Aristotelians who are astounded, and see speculation concerning a conscious substrate as ‘mystical’. The insight is ‘sufficient in itself’, only if we choose not to look any farther. It doesn’t seem to add anything only if you are content to ignore the clues in relativity and quantum physics that cry out for explanation. It doesn’t seem to occur to materialistic scientists steeped in Cartesian dualism that if there were not some kind of (Platonic, if you must) deeper reality, their mathematical descriptions would not work. The challenge to science is to explore the deeper reality. Reality is ‘mystical’ only if you don’t seek to understand it.

The only thing that is an artifact of the human mind is the notation developed to convey the mathematic and dimensional logic underlying reality. While it seems that we may invent whatever mathematical procedures we wish, the same invariant mathematical laws would be discovered by any sentient being. They would then be expressed in whatever symbolic language might be applicable.
All mathematical reasoning and description is based on the conscious drawing of distinctions, starting with the distinction of self from other, which then allows the drawing of three types of distinctions in the “other”: distinctions of extent, content and impetus, which are measurable, contain meaning and purpose, and impact on other objects. This reflects the very basic form of mathematical logic which Close developed and we’ve now amplified, the Calculus of Distinctions 10. It is combined with Euclidean and hyper-dimensional geometry, requires a nine-dimensional reality containing the basic “stuff” of the universe, and provides the framework for describing the elementary particles that appear to be the building blocks of the physical universe. This is the logical extension of very important work started by Hermann Minkowski, Albert Einstein, Georg Cantor, Theodor Kaluza, Oskar Klein, and others, who made significant progress explaining physical phenomena in the framework of multidimensional geometry 36; 8.

Based on the natural structure of number theory and mathematical invariants relating to dimensional domains, we developed TDVP as a paradigm that describes reality as consisting of the substances of mass and energy interacting within nine finite dimensions embedded within infinite domains containing a potentially infinite number of finite logical patterns. Based on clues from relativity and quantum physics, these domains contain the logical organizing structure that guides the evolution of a stable universe. We hypothesize that the infinite substrate may constitute consciousness itself with space and embedded within it, and mass energy also being contained within this infinite consciousness container (which we call “gimmel”) 12.

The brilliant physicist Wolfgang Pauli worked on developing five- and six-dimensional models until 1953, but didn’t publish his findings because he was bothered by the appearance of what he called “…rather unphysical shadow particles.”5 Since Pauli’s , science has discovered that just over 95% of the substance of reality consists of some sort of “shadow stuff”, presently called “dark energy” and “dark matter” 45-48and, not directly detectable through the physical senses or extensions of them. 12
The mathematics and dimensionometry of TDVP indicate that a third form of the “stuff” of reality is actually necessary in the sub-atomic structure of reality for there to be any stable elements in the physical universe; i.e. in order for there to be something rather than nothing.

The logic of TDVP also suggests that this third form of substance may be imbued with the qualities we associate with consciousness. It is interesting to note that late in his life, Pauli, who was regarded as the most brilliant mind of his day by many physicists, including no less brilliant minds than Albert Einstein and Max Born, dreamt of “unifying matter and spirit within the world of physics.”5

The untestable models of contemporary physics

In mainstream physical science, some progress is being made in multi-dimensional concepts with the acceptance of time as a fourth dimension, and the concept of multiple “curled-up” space-like” and “time-like” dimensions of various string theories, which, unfortunately, remain untestable 19-22; 49. Progress in developing testable multidimensional models with consciousness components has been hindered by the acceptance in the academic community of Materialistic Monism which excludes consciousness from the paradigm of physical science and has promoted an increasingly materialistic trend in scientific thinking in recent years. Also, formal education has become institutionalized and has prevented most mainstream physicists from looking outside the box of materialism for the link between consciousness and the physical universe, i.e. between the dimensionometric domains of mind and matter. In the established scientific disciplines, students who ask about the ‘higher intelligence’ spoken of by former scientists like Newton, Planck and Einstein, are often ridiculed by egotistic professors, and told that such ‘mystical’ concepts have no place in science.

Guided by the mathematical structure of number theory, Euclidean and non-Euclidean geometry, particle physics data, and new mathematical tools created for the purpose of including the direct interaction of conscious entities with objective reality at the quantum level, we have developed TDVP, a model of reality that includes spinning elementary distinctions existing in nine finite dimensions embedded in a conscious substrate that contains all of the logical patterns, reflected and/or potentially reflected in the structure of the physical universe. Within the theoretical framework of TDVP, we are able to explain a number of phenomena that have remained inexplicable in the standard model of particle physics for decades, including the stability of the triadic combination of quarks 1, the intrinsic spin 28 of Fermions 24; 50, the Cabibbo mixing angle 26, and the step-by-step development of the structures of the Elements of the Periodic Table 1.

TDVP is a paradigm shift that explains why there is something rather than nothing. And, it expands the “Standard Model” of physics 3; 51 to include a new theoretical basis for the biological, psychological and life sciences, as well as for little-understood and rare phenomena like remote viewing, out-of-body experiences (OBEs) and other so-called paranormal or psi phenomena. 52 9 It even provides for a better understanding of spiritual experiences that have been occasionally documented to impinge upon physical reality under certain conditions.

Not surprisingly, TDVP also requires a significant expansion of our understanding of mathematics in general. In 1986, Close realized that George Spencer Brown’s Calculus of Indications, presented in “Laws of Form” 53, re-uniting for the first time, imaginary numbers with symbolic logic, and thus re-aligning the algebras of logic with mathematics, was the first step toward integrating number theory, geometry and mathematical physics into a comprehensive logical framework capable of describing and explaining physical, chemical, biological, neurological, psychological, and even spiritual phenomena.

We adapted Brown’s Laws of Form, creating the Calculus of Dimensional Distinctions (CoDD), a comprehensive mathematics dealing with the functions of consciousness, and applied it to some long-standing cosmological puzzles. Some of the results were published in “Infinite Continuity, a Theory Unifying Relativity and Quantum Physics” 35 in 1990, and in “Transcendental Physics, Integrating the search for Truth” 36. By introducing appropriate additional notational structure, the Calculus of Distinctions was refined to become the Calculus of Dimensional Distinctions (CoDD) in 2003 38. From 2008 to the present, we amplified this mathematical tool, recognizing it as the logical basis integrating all mathematics and applications to physical and spiritual reality has been systematically applied to develop the mathematical basis of TDVP. 10