WHERE DID EVERYTHING COME FROM? 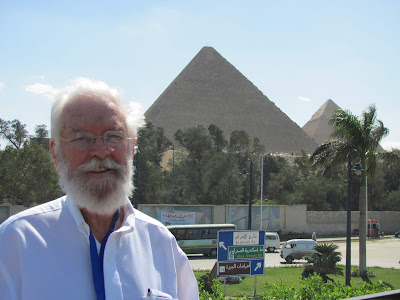 IN THE BEGINNING …
Where did everything come from? Was the universe as we know it engineered by a conscious intelligence to have purpose and meaning, or did it just happen by accident? Is this a question that can be answered within the scope of human intelligence? Many answers have been offered over thousands of years of human history by thinkers of all sorts: philosophers, theologians, scientists, and mystics. But, are any of the answers truly final and definitive? Or do they come with arguments convincing enough to compel you to live your life as if they were true? Apparently, many people have thought so, because over the history of life on this planet, bloody wars have been fought over some of the answers to this question, and many people have died defending their beliefs in what they considered to be the correct answer to this question.

If you have been reading my books, papers, and/or posts, you probably won’t be surprised to learn that I think there is a definitive answer to this question; and that I believe I have found it. Do I dare offer my answer for you and the rest of the world to consider? Why not? At my age and stage in life, it makes little difference whether anyone listens, agrees, disagrees, or simply ignores me. I am happy with my answer, and I find that that is enough for me. You are free to accept it, reject it, think about it, or ignore it. It’s completely up to you.

To believe that number 1 or 2 is the reality, you have to discount nearly all the evidence at hand. No one has ever seen something arising from nothing, or something disappearing into nothing. Even when it appears that way, a thorough investigation always reveals that one of the most basic laws of physics holds in every case: the law of the conservation of mass and energy. In all of the experiments ever conducted into the physical, chemical and biological processes of our universe, we see only change, never creation from nothing, nor total annihilation of anything. In even the most violent explosion, the sum total of all matter and energy before and after the explosion is always the same. In other words, the empirical evidence from our experience is for number 3, not 2 or 1. Something never arises from nothing, something never degrades to nothing and the something we have now came from something else, because it was different in the past, and, in our dynamic reality, it will be changed from what it is now into something else, but the sum total of mass and energy will remain the same.

Despite the evidence, historically, mainstream science and mainstream religion have both declared that 1, 2 or a combination of them is the true nature of reality. In the theory of a big-bang expanding universe, e.g., the equations of general relativity predict a mathematical singularity at the origin event and mathematical singularities in black holes, with the semi-stable world of our experience existing somewhere in between. The current scientific paradigm sees reality expanding from a mathematical singularity at the beginning of spacetime, with everything eventually falling into the singularities of black holes. This is a process of something from nothing (1) becoming nothing from something (2) unless you assume that the nothing is not really nothing, but some other form of the something we have now; but then, you have number 3, don’t you? In the current scientific paradigm, quantum field theory (QFT), with particles defined as quantized states of underlying fields which are more fundamental than the particles, is, in my opinion, closest to reality. But, QFT, using matrices with values subject to the Heisenberg uncertainty principle as perturbations of the underlying fields is more descriptive than it is explanatory.

In Catholic theology, creatio ex nihilo (creation out of nothing), is a doctrine invented by early Roman Catholic theologians after the original teachings of the pre-Christian Judeans, Jesus and the first Christian theologian, Origin, were subverted by the Emperor Justinian in his anathemas against Origin, in 553 AD. Justinian realized that the teachings of the Jewish Gnostics and the followers of Jesus constituted a serious threat to his power because in his interpretation of early Christian teachings, Origen had written:

"Each soul enters the world strengthened by the victories or weakened by the defects of its past lives. Its place in this world is determined by past virtues and shortcomings."

Such teachings were in direct conflict with what Justinian saw as his divine birthright as a Roman Emperor to rule the world, so he seized on this statement and related ideas in early Christian doctrine, as documented by Origen, that undermined the exclusivity of the Roman Emperors’ claim of divinity. If people were allowed to believe that by being virtuous, they could rise to the level of an Emperor, i.e., to the status of a god, or even sons and daughters of God, then the power of the Emperors would be seriously threatened. He decided that he must declare this idea to be heresy and take strong measures to stamp it out. The anathemas, an edict that he prepared for this purpose, read in part:

"Whosoever teaches the doctrine of a supposed pre-birth existence of the soul, and speaks of a monstrous restoration of this, is cursed. Such heretics will be executed, their writings burned, and their property will become the property of the Emperor."

This was, of course a powerful incentive for Christians priests and monks to remove any such references from the scriptures from which they taught. Without the teaching of the eternal nature of the soul, theologians were free to shape the doctrine of the church in a way that ensured that the masses had to depend upon the Church of the Holy Roman Empire for salvation. It was a way to control the masses, pure and simple, and perpetuate the power of the Holy Roman Empire. Most other major religions, with the exception of Islam, which, like Judaism and Christianity, is also of Abrahamic origin, are not encumbered by this illogical assumption of creatio ex nihilo.

OK, you may say, so what does it mean if number 3 is the real answer? In my opinion, it changes things very profoundly: With no absolute beginning or end, we must look at human history in a completely different way. No longer burdened by the misconception that everything was created out of nothing and that consciousness is something emerging from organic neurology evolving only a short time ago, we begin to see that our simplistic linear view of things was very misleading. The cyclic nature of things taught by the philosophies of the orient begins to make more sense.

Researchers who claim there is evidence that some of the ancient stone structures scattered around the planet are much older than mainstream archeologists believe, may not be as wacky as they seem. When viewed through the lens of belief in answers 1 and/or 2, their claims can’t be right, but if you drop the irrational belief in a linear progression from nothing to something, and accept the evidence for the eternal existence of something, you have to take their evidence seriously, because civilization, just like everything else, undoubtedly progress in cycles. Our fixation that we are the epitome of the development of sentient species for all time, due to the illogical belief in answers 1 and 2, is as egocentric and as wrong as the idea widely believed a few hundred years ago that the earth was flat and the center of the universe.

I have found that the logical structure of the universe is reflected in the logical structure of pure mathematics, and vice versa. This finding, combined with recognition of the endless process of something from something else, means that physical reality is a quantized logical structure embedded in the infinitely continuous multi-dimensional field of consciousness, and the illusion of beginnings and ends is only meaningful in relation to the amount to which we are identified with finite physical bodies. Identification with the undifferentiated field of consciousness allows us to see time in the same way we see space: three dimensional. Once freed from the illusion of being limited to finite three-dimensional objects evolving in one, unidirectional dimension of time, and rising into the perception of 3-D time, we see that everything exists eternally, and only appears to evolve in cycles of finite duration.

So, the answer to the original question: “Where did everything come from?” is everything has always existed. There is no absolute beginning or end, only endless cycles of change. This answers a lot of otherwise unanswerable questions, including Leibniz’s question, the first question natural science should answer: “Why is there something rather than nothing?” There is something because there has always been something, and there will always be something. Nothingness is an illusion. The illusions of absolute beginnings or ends are perpetuated by certain traumatic changes, like the birth and death of the physical body. So, everything that is something came from something else that existed before the beginning of the process or processes that changed it into the something we have now, and the something we have now is already being transformed into the something else that will exist in the future. But awareness expanded into the 3-D time and 3-D consciousness predicted by pure mathematics, becomes awareness of the reality behind the illusions of 3 space- 1 time.

In the beginning of one cycle, we find the end of the previous cycle, but they are not the same. The new cycle is one of greater awareness than the previous one, because we have learned and expanded our awareness; and thus we rise in a progressive spiral from the finite into the Infinite.