MEMORIES: HOME AND BACK AGAIN 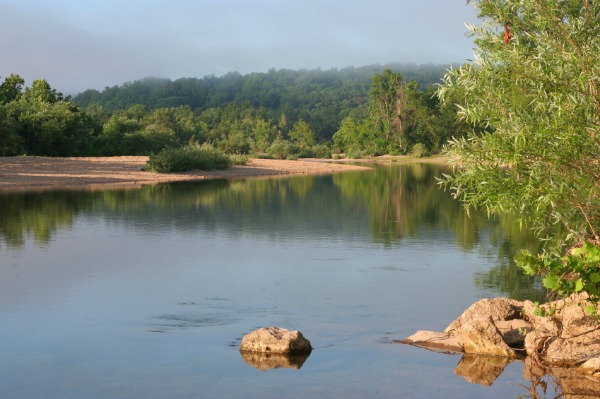 HOME TO MISSOURI, LOS ANGELES, AND BACK
©Edward R. Close 2018

At the end of my eighteen-month contract in Yanbu, to my surprise, I was offered a new contract, with a 30% salary increase. I think it was at the prompting of the Saudi Royal Commission, who were pleased with my work. I turned it down, and they came back almost immediately with a new offer of double my original salary. I thanked them politely, but again turned it down. Jacqui had had all she could take of Saudi Arabia, with the oppressive attitude toward women. She could go nowhere without me, her husband, with the exception of the women’s shopping bus to Yanbu, and she had to be covered from head to foot.

I worked ten-hour days, six days per week. As a result, Jacqui was mostly confined to our three-room pre-fabricated box with sand and fine dust filtering in from the blistering hot desert through cracks around the windows and doors. It was not the resort-like setting they portrayed in the orientation meetings in Pasadena! While she enjoyed the first month or so with our young son, (she had worked in California, with Joshua in day school) construction camp life was tantamount to prison for her.

At the end of each week, I was usually so exhausted from the long hours struggling with the over-whelming environmental and incompetent management problems on the site, that all I wanted to do was sleep. Jacqui, on the other hand, was more than ready to get out of the house. We were told by other “Ex-Pats” that a contract in Saudi Arabia would either make or break a marriage. I didn’t want to put her through another eighteen months of Hell, so I declined all their offers, and we returned to the US.

My parents had found a nice place on the banks of the Black River, in Reynolds County Missouri. We purchased it and moved in. I was back in my native Missouri Ozarks. Joshua, now five, and I enjoyed fishing and swimming in the river, and I thought I would be able to get a job as an environmental engineer with the nearby lead mines. Unfortunately, the industry was in a slump and the lead mines were not hiring. There was virtually no work for me in the small town of Centerville. I went back to school during the summer and took three courses to qualify for a teaching certificate. Re-certified to teach in Missouri, I taught high school mathematics in Reynolds County for two years.

Even though we enjoyed the quiet life for a few months, existence in a small rural Missouri town was about as exciting as watching paint dry. Jacqui busied herself with community activities. She helped prepare and serve meals at the senior center, volunteered in the local Red Cross and other community activities, while I was teaching math and Josh was in Kindergarten. About half-way through the second year, Jacqui contacted her old boss, a VP in the corporate offices of First America Bancorp in Los Angeles. He said he would be happy to have her back, offered her a raise and a more important job, and she was soon on her way to LA, while Joshua and I stayed behind in Missouri to finish the school year. In May, 1984, I loaded all of our belongings in the largest U-Haul truck I could find, hooked our car on behind, and Joshua and I headed for Los Angeles. 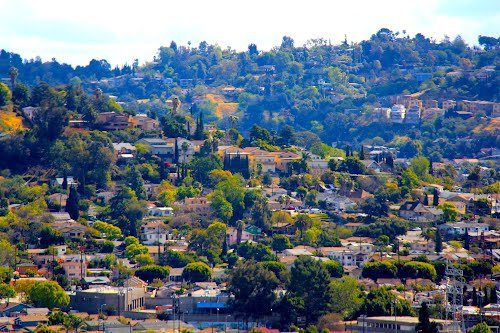 I found that jobs for me were also scarce in Los Angeles at that time. After several months of part-time work and unemployment, I contacted the Human Resources Department of the Company that had sent me to Yanbu. They would send me back to Saudi Arabia, but only on single status. That was unacceptable, so I contacted a company called Amartech (American-Arabian Technology) that ran one of the subcontracts I had managed in Yanbu. We had met the owner of the company and we hit it off well. He apparently liked what he saw. He contacted me directly by phone and asked me if I would like a staff position in their office in Jeddah. I asked if my family could come too, and he said: “Of course!” Because of our difficult financial condition, Jacqui reluctantly agreed to go back overseas, and after some orientation in the company’s Boston office, I returned to LA to wait for my visa. A few days after the visa came I was on a plane back to Saudi Arabia. 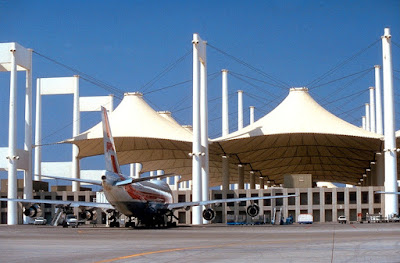 As before, there was a waiting period before Jacqui and Josh could come over, but this time, my new employer, in contrast with the first company, did everything they could to help, and they sent me back to LA to accompany my family. I was hired as Amartech’s Staff Hydrogeologist and Director of Business Development. The company had not had new work in some time. The previous Director of Business Development had not been very successful. When I arrived in Jeddah, I went to work immediately, contacting the Director of MEPA, whom I had met while writing the environmental regulations in Yanbu. With ythe help of the Jeddah Amartech staff, I prepared and delivered two proposals for huge Kingdom-wide MEPA jobs.

While at Yanbu, I had tried to learn Arabic, but found it difficult because Arabic is very different than English and other European languages. I had not gone much beyond salutations and a few simple phrases. This time, I decided to learn to read Arabic. Surprisingly, it was not too hard. Even though there are more letters than in English, and there are three forms of each letter, the language is phonetic. After learning the sounds of the letters and some combinations of letters, I could read signs and newspaper headlines. This helped immensely. And speaking even a little Arabic was a great asset and advantage in my new position as Director Business Development.

Whether by skill, or just pure dumb luck, I landed a big MEPA contract. It was the biggest contract Amartech had ever had. The company owner, Marvin, and the Jeddah Office Staff were jubilant. I was a hero! I began to travel extensively to Riyadh, the National Capitol, and to various outposts around the Kingdom where environmental and meteorological sensing and recording stations would be set up, including Yanbu. Suitable properties would have to be located, secured and prepared for installation of the sensing stations. More than one hundred automated stations were to be established all around the perimeters of the country, with a dozen or so in the interior. The stations would all be linked with a data-analysis center in Jeddah. The company leased four floors of a large office building in downtown Jeddah where the necessary banks of computers and data-processing equipment would be installed.

In addition to travelling within Saudi Arabia, I travelled to other Arab countries on occasion to look for business opportunities. Whenever I flew within the Kingdom or into the Arab Emirates, my boss insisted that I fly first class. When I had to rent a car, I had to rent the top of the line. “A successful company representative has to look successful.” Marvin said, and I didn’t argue. I always rented a Mercedes, unless I needed to rent a four-wheel-drive vehicle for off-road driving in the more remote areas. During this time, I covered virtually every mile of the Frankincense Trail in Saudi Arabia, Yemen, and the Arab Emirates, without knowing it! I began to understand the importance of frankincense in the history of Arabia.  I saw frankincense resins in many souks, and I saw ancient frankincense trees growing in the rocky deserts of Southern Arabia, Yemen and Oman.

When, in the course of carrying out the duties of my new job, I returned to Yanbu, I was pleased to see the mangroves full of green leaves, happily waving in the sea breezes in the Madinat Al-Sinayah Port Area, still standing, more than five years after the first barrel of oil came out of the Trans-Arabia Pipeline. The Saudi National who had taken over the position I had occupied greeted me as the “environmental engineer who saved the mangroves!” I was a hero again!

I drove out to the edge of the Madinat alone. The pre-Islamic village site I had saved from the bulldozer was fenced off with a sign designating it as an important archaeological site to be preserved for posterity as part of an Arabian Heritage Park. A warm sense of belonging came over me as I stood there. I had made a difference! I felt an unusual kinship to the bones buried there, as if they were ancestors of mine. I felt a strange bond linking me to these hearty desert people who had eked out a living here thousands of years ago. “Salaam,” I said aloud. “Peace.”

As I drove up to the sharm and Umm Lujj, I remembered the adventures with Giorgio and Doug. I could drive to Al-Hijr now and see the Nabatean dwellings and tombs carved into the native stone there, but I still couldn’t reach Petra.

When Jacqui and Joshua arrived, it was very different from the first time. The new King Abdul-Azziz Airport had been finished, and we lived in a villa, one of five, surrounding a pool, in a gated community called Arabian Homes, managed by a British firm. On weekends we could swim and lounge around the pool. There were attendants, pool boys, with pitchers of sparkling apple juice and orange juice. We enrolled Josh in a British-Dutch school and when I wasn’t there, Jacqui could call for a limousine to go shopping at up-scale department stores like Prin Temps. Our neighbors around the pool were, from right to left, Italian, British, French and American. It was a very nice way to live for a while. 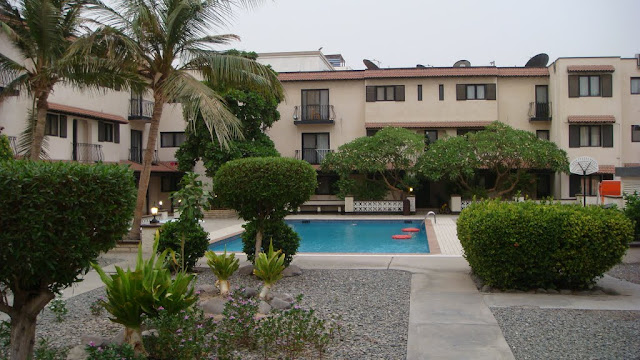