WHAT IS TRANSCENDENTAL PHYSICS? THE ANSWER

Dr. Neppe and I have received comments on our work from people in all walks of life from all over the world. Many of the comments are very interesting. We plan to publish some of them in a book tentatively entitled 'The Answer'. A comment I received recently from a member of a theoretical physics group is very interesting because it raises a legitimate and important point that I think is worth sharing here. (The person sending the comment is not named here because I would not do that without his permission.)

If it's "transcendental",
Then it's "not measurable",
Therefore it's NOT PHYSICS !

Thank you for your comment. It may surprise you to learn that I actually agree with you to the extent that simply put, physics as one of the original ‘natural’ sciences, is defined as the study of matter and energy interacting in space and time. That physics is a very simple science that allows us to predict the future positions of bodies in motion to some degree of accuracy, but even falters when confronted with the three-body problem, and can’t touch most of the real problems facing humanity.

Real science, the science of the future, has to be more than that. It can’t be confined to the finite intellectual box of materialism. Science is the effort to understand all of reality. That includes at the very least, everything we experience as sentient beings. And not everything that is real can be directly measured in units of mass, energy, space and time. Think of 'dark matter' for example. Science confined to that which is directly measurable is a sterile and limited science.

With the paradigm shifts of relativity and quantum mechanics, physics was expanded, pushed to the very edge of the original definition. We learned from the work of Einstein, Planck, Schrӧdinger, Bohr, and Heisenberg that the observer is actually an integral part of the experiment. As Nobel Prize winning theoretical physicist John Wheeler said; “There is a strange sense in which this is a participatory universe”.

The real frontiers of science lie in investigating the interactions of consciousness with physical reality at all scales of measurement from the quantum to the entire expanding universe. So perhaps, I should have called the expansion from simple physics to the study of reality ‘transcendental science’. The problem with this is it would accept and promote the artificial compartmentalization of science. So I chose ‘Transcendental Physics’ to get your attention. 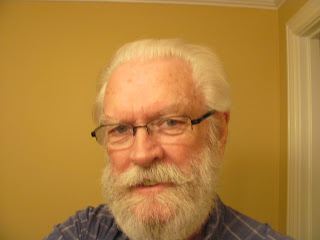