WHAT WILL HISTORY RECORD? 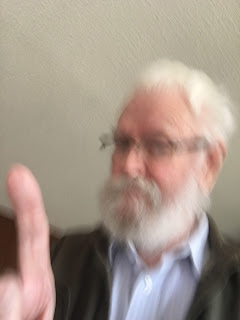 I try to be as apolitical as possible. I am not a Democrat or a Republican. I try to be unbiased and look for ways to find the truth. That’s hard to do in highly charged political times like we have now, because if a political partisan finds that anything I say is contrary to his belief system, then he thinks I am on the other side, and tries to find a way to discredit me. That’s OK, I expect that. In such divided times, it really is difficult to know what is true. But the facts are out there, There is truth, there is spin, and there are deliberate lies; and it takes real research and work to discover which is which.

What about the recent Presidential election? Apparently about half of the country believes that the election was honest, and about half believes that it was rigged! Was there fraud? Was it stolen? Was it fair? Is it over? There are many claims and counter-claims, many arguments and counter arguments swirling around us. How can anyone know what’s true, for sure? Is there some way to clear our minds of bias and have an objective look at the facts? Well, there is data, and there are mathematically valid ways of analyzing data.

As a mathematician, and there some who think that I am a pretty good one -one of the degrees I’ve earned is in mathematics- I can tell you something about the election that’s at the very least, very interesting: When the probability of the counting, at the same time in several states, those considered to be “battleground swing states”, of thousands of votes for one candidate, that happen to be just enough to make him the winner, is carefully calculated, it is clear that something supernatural happened.

The probability that the real data reported and certified by those states is consistent with statistical expectations of the registered voters of those states, is about the same as that of a bomb exploding in a junk yard causing the used parts, bits and pieces to assemble themselves into an automobile that you could climb into and drive away! Couple that with the fact that no observers were able to observe what the poll workers did due to Covid social distancing, and some of it happened after all the observers were sent home, it makes the results very suspicious.

I am aware of the saying: “Figures don’t lie, but liars figure.” And the argument that, even if the chances of a given event occurring are one in a million, that one event could still occur. But, until the real facts are known, statistical analysis is the most objective measure we have, and any way you analyze the data, a red flag pops up. Something highly unusual is going on. But when all the facts are known, what will history record?

George Orwell said: “History is written by the winner.” And when asked if history would treat him well, Winston Churchill replied: “History will be kind to me for I intend to write it!” And he did! Between 1948 and 1953, he published THE SECOND WORLD WAR, in 6 volumes, and between 1956 and 1958, he published A HISTORY OF THE ENGLISH-SPEAKING PEOPLES in 4 volumes.

So, what will history record? If Democrat Joe Biden actually becomes our next President, as everyone is telling us will happen next week, it may be the first time in the history of the world that George Orwell is proven wrong, and history is written by the loser.