BEYOND GOOD AND EVIL 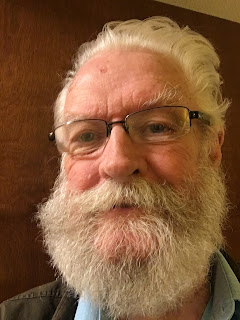 
The world is awash with emotion today: Humanity seems to be having mood swings, alternating between fear and anger, love and hope, hate and despair. Are we on the brink of peace and prosperity, or bankruptcy and war? Today, we are a nation and a world on edge, divided as never before. Half the world thinks the other half is misguided, brainwashed, and deluded by pure evil, and, of course, most of us believe we are the on the good side. Those on the other side are obviously insane! Both sides hope for a bright shining future of peace and love,- after the people on the other side get enlightened. But there seems to be no way to get them to see the light. Because of this, many feel helpless to prevent the world from sliding into chaos, sure that it is the other side’s fault. Maybe today, we are finding ourselves in Hamlet’s plight.

Poor Hamlet! Shakespeare had him say: “There is nothing good or bad, only thinking makes it so.” How many times has this line been quoted and believed? But is it really so? Have you experienced it? If I walk out into the wilderness that stretches from the edge of my backyard away as far as I can see, if I can forget about the political tumult of the world today, and feel the peace and solitude among the rocks and trees, it seems so: the good and evil of the day seem to fade away. However, a short walk may take me to a spot, peaceful and serene, where grizzly, still bloody bones lie among the leaves. It’s the remains of a deer, brought down by predators. So nature is not always as serene and peaceful as we suppose. Nature, it seems, is actually a world of struggle for survival. Is that good or evil? Do animals think of good and evil? Does it depend on our state of mind? Have you seen the pain and fear in the eyes, and heard it in the cries of a mortally wounded animal? Have you felt the happiness of the snapping jaws of hungry wolves when they have food, or seen the joy of the wagging puppies lapping up the life’s blood of the deer? How does the deer feel about it? Are we so very different from wild animals?

Shakespeare also had Hamlet say: “To be or not to be, that is the question” when he found himself a prisoner of his own thinking, and he began to contemplate suicide as a possible way out. Is civilization about to commit suicide? Have you ever heard of an animal knowingly committing suicide? Do you suppose that we might be categorically different than wild animals? Do we have to kill or be killed? Unlike the wolves and the deer, we actually have alternatives to fight or flight: we can choose to sit down and reason. Like the animals, the bodies we inhabit at birth will die, either by violence or by natural causes. But unlike animals, we can choose to see beyond winning and losing. We can even choose to see beyond life and death. Some of us know that there is consciousness outside of the body, and life after death. We have personal and scientific proof. It is no longer just wishful thinking, or a philosophical belief. Yeah, that’s all well and good, I hear you say. But what about this crisis we’re in right now? It’s easy to philosophize and pontificate about good and evil, but do you have any solutions? Anything  practical to suggest?

These are definitely “times that try our souls”, to paraphrase and update what Thomas Paine wrote at the beginning of the first American crisis in 1776. Just like when we were on the brink of the Revolutionary War in 1776, and the second American crisis, our Civil War in 1861, we are now experiencing the third American crisis. We are again a seriously divided nation. In most other wars that our nation has participated in, Americans were at least mostly on the same side. In WW I  and WW II, America joined into on-going conflicts that started in Europe, and we were on the side that most Americans agreed, or were convinced by our leaders, was the side of good against evil. Because of our vast natural resources, and the willingness to fight against evil, America was a decisive factor in those wars. Today, the outbreak of the conflict is originating here, but the division exists world-wide.

As I see it, the root cause of the division is the natural desire for personal freedom conflicting with the equally natural desire for the safety of governmental control. It should be obvious that neither extreme personal freedom, nor extreme social control is practical. A stable civilization depends on a balance between the two. The strength of America for almost 200 years was the Constitution and Bill of rights that were set up to protect freedom and maintain a stable society. However, during my lifetime I have seen the French historian, Alexis de Tocqueville’s prescient observations, made in 1839, come true. In Democracy in America, he wrote:

“The American Republic will endure until the day Congress discovers that it can bribe the public with the public's money.”

He also said: “I do not know if the people of the United States would vote for superior men if they ran for office, but there can be no doubt that such men do not run.”

The political establishment in Washington DC have raised the trick of bribing the public with their own money to a fine art, and I don’t think most of us would categorize many of the politicians in our government as “superior” men or women. Repeating part of the last paragraph of my last post: I have observed that when one party, Republican, Democrat, or Socialist, becomes dominant in a specific area and/or time period, corruption is sure to follow. Politicians take money offered to help them campaign and win, and they owe favors. And Politicians lie. Period! They lie either by exaggeration and omission, or by deliberate misinformation, to promote the agenda of their party. I have also observed that when an elected official becomes wealthy while in office, you can be sure that that person is either not spending full time as a public servant, or that he or she is involved in corruption.

So we’ve come to this sad state of affairs where politicians are easily bought and paid for by wealthy individuals and foreign governments who would destroy the world’s most successful experiment in freedom and equality. What is the solution to this problem? It is quite simple to describe, but difficult, if not impossible now, to implement. We need to go back to the democratic republic set up by our founding fathers. The positions of President, Vice President, and members of the House of Representatives and Senate were meant to be public servant positions, not opportunities to amass personal wealth. Most of the problems that have led to this dangerous divide we have now could be solved if the following simple rules were implemented at both federal and state levels:

1)      Strict term limits shall be set for all elected officials.

2)      Public servants shall be encouraged to volunteer to serve without pay if they are already wealthy, and public servant salaries, if paid, shall be equivalent to private-sector salaries.

3)      During the term of service, a Public servant shall have no employment other than the full-time job he or she was elected to perform.

4)      Bills presented to congress shall be singular. Un-related tag-on bills shall be illegal.

5)      Public servants shall never be allowed to pass laws raising their own salaries.

6)      Campaign contributions to public servants from outside the jurisdiction of that servant’s office shall be illegal.

There are undoubtedly other rules that would help. The problem is that the greedy politicians who populate our government now will never consider enacting or abiding by such rules. We need to find a way to get the corrupt politicians out of our government. But that’s a tall order, like trying to remove the stink from a herd of skunks! So what can we do?

Here’s what I suggest and will try to do: First, don’t allow myself to be pulled to either extreme. It is not healthy to hate someone who has a different opinion that I do. Second, realize that when people other than those I voted for somehow get in office, it is not the end of the world. Very few people are pure evil. Third, whether you know it or not, there is an intelligence, far superior to mine or yours, that keeps reality from coming unraveled! It might be worth some of our time to try to contact that intelligence.