THE END OF THE WORLD? 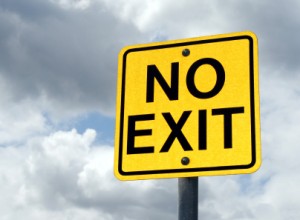 THE END OF THE WORLD AS WE KNOW IT
Before reading this blog, I recommend watching Planet of the Humans by Michael Moore Presents by clicking on this link:

I have to admit that I was hesitant to watch anything presented by Michael Moore, a well-known left-wing ideolog. But I wanted to see exactly what it was that had upset my friend so much. The film is directed and narrated by Jeff Gibbs, a life-long environmentalist, and it turns out that it has a lot of well-researched information in it, and it explains how and why the modern environmental movement has failed.

I watched this disturbing film through to the end. And yes, there is a lot of truth presented here. I can verify two major points that are made in the film:
First, It is an ecological fact that that species generally die off or even go extinct once they have exploited their niche. Second, the environmental movement has largely failed due to the fact that the people funding it are dependent on the very same system they are trying to fight.

However, the picture is not as black and white as the film paints it. For example, the forestry industry is not evil when managed properly. Trees are a renewable resource and older trees need to be removed periodically to maintain a healthy growth of younger trees. Nature gets rid of dead and dying trees by lightning strike fires and other natural phenomena. Death, of a plant, animal, or even a species is just part of the natural cycle of existence. Fear and hate are the real anathamas of conscious joy and bliss. The film feeds the fires of fear and hate by dividing us against ourselves, and sees no way out. However, many of the companies and groups that the film paints as inherently evil are not wholly evil.

But the most important thing missed by the producers of this film is something unique to the human species: the ability to see beyond the material, and to discover the potential to evolve spiritually. Unfortunately, the picture presented in this film totally ignores even the possibility that ultimately, God is in control. This atheistic view, that totally misses the meaning and purpose of life, is supported by the dead-end materialistic philosophy of mainstream science. But trusting science without God is like riding in a supercharged sports car at breakneck speed with no steering wheel.

So, in my opinion, the answer is: Don't give in to fear. The world is a place of constant change. In a sense, yesterday's world is gone today, and the end of the world as we know it is coming tomorrow, but it is not the actual end of the world. Don't forget God; He never forgets you! Fear destroys your immune system, and hate is a cancer that eats your soul. Love is the answer.