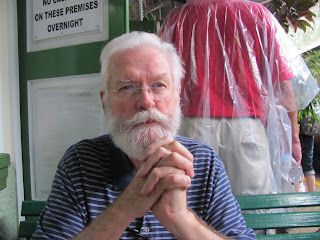 Science is not now, and never will be, a complete, unchanging body of knowledge. Our understanding progresses slowly, for the most part, by incremental discovery of the details of reality, but, occasionally science leaps forward, with the sudden discovery of a new and more productive way of thinking about reality. Thomas Kuhn, physicist and historian, in his insightful treatise, The Structure of Scientific Revolutions, called these sudden changes paradigm shifts.

A paradigm shift occurs when there is a complete overthrow of one or more of the basic assumptions of science. For example, the classical assumption that space and time are the same everywhere was overthrown by Einstein’s discovery of the mathematical relationship between the motion and acceleration of the observer and the measurement of space and time. And Planck’s discovery of the quantization of energy and mass overthrew the notion of the apparent infinite divisibility of reality. What basic assumption does TDVP overthrow? The assumption of scientific materialism. With the discovery of the mathematical necessity of the existence of a non-physical aspect of reality, TDVP puts consciousness into the equations of science, and refutes the assumption of scientific materialism, held by most scientists for centuries.

German physicist Max Planck, saw past scientific materialism and started the revolution culminating with TDVP. In the early 20th century. He said:

Einstein added to the developing revolution with his special and general theories of relativity. For the first time in the history of modern science, the state of the observer relative to the dynamics of moving objects was found to affect the observations and measurements of physical reality. Did Einstein, like his personal friend Max Planck, believe that there is something real beyond physical reality? His spirituality is revealed in the following statement:

“I want to know God's thoughts - the rest are mere details.” – Albert Einstein

In answering the question “What is TDVP?”, I would be remiss if I did not emphasize and clarify the point that the logic of TDVP shines a bright light on the primacy of consciousness. Why is this important? Because recognizing the primacy of consciousness is the key to understanding how and why applications of the logic of the CoDD answers questions and resolves paradoxes that have persisted unanswered and unresolved for decades in the current mainstream paradigm of scientific materialism. This fact about TDVP may sound amazing, and you might expect its answers and proofs to be complex and difficult to comprehend, but the logic is so basic that I believe that I can explain it in simple terms that anyone can understand.

All possible forms of reality knowable by a conscious observer, arise from the initial act of separation: i.e., the creation of the distinction of self from everything else. Any distinction is triadic, consisting of: 1. That which is distinguished, 2. That from which it is distinguished, and 3. The conscious self that draws the distinction. For the purpose of differential experience, the conscious self must consider itself to be separate from that which it is able to distinguish, and thus the distinction of self from other is the first distinction. All forms of objective reality arise from this initial act of severance, and while it may seem that we may separate reality any way we please, the logic of the CoDD shows us that the basic forms arising from the act of separation are the same. The framework of reality is that of embedded dimensional domains, much like the layers of an onion. The basis of all conceivable symbolic representation, all logic, language, and all knowledge of, and understanding of any reality, is the conscious action of the drawing of distinctions. This is why the CoDD provides a powerful tool for analyzing reality.

At this point, I must ask you to accept an a priori assumption, an assumption that is the basic foundational hypothesis of TDVP. The proof that this assumption is valid comes in the form of answers to questions and resolutions of paradoxes in the current scientific paradigm that cannot be obtained in any other way. A number of these have been published under the authorship of Close and Neppe or Neppe and Close. The assumption is the proposition that there is a single elementary measure which applies to all aspects of reality; a quantum equivalence unit to which all quantifiable aspects of reality can be mathematically related. In TDVP, we call that quantum equivalence unit the Triadic Rotational Unit of Equivalence (TRUE), for reasons that will become clearer as we proceed.

This is a significant departure from the current methods of mathematical physics, and a deliberate extension of Planck’s discovery of the quantization of energy to include quantization of all observable and measurable aspects of finite reality. Planck started down this path by developing a system of “natural” units that became known as Planck units, with five universal constants set equal to unity, making them natural units of measurement, and Einstein carried the ball a little farther by showing us the mathematical equivalence of mass and energy with E = mc2. In Planck units, c, the speed of light, is one of the five universal constants naturalized to unity. Notice that when c is naturalized to 1, Einstein’s famous equation becomes simply E = m, making energy and mass equivalent in Planck units. In TDVP, we naturalize all of the measures of reality, mass, energy, space, and time to unity, which naturalizes c, but not the other universal constants which were naturalized by Planck for computational convenience.

The TRUE is the basic unit of the calculus of distinctions, a system of mathematical logic designed for application to quantum reality. I use the word “calculus” here in the broadest possible sense, to mean a system of logical processes by which expressions representing a distinction or a combination of distinctions are transformed to other, equivalent distinctions by the fundamental operations of mathematics re-defined for quantum mathematics. Defining the TRUE based on the electron, links the CoDD to reality, so that the the logic of the CoDD correlates directly with the structure of reality. Application of this new quantum math across all scales of measurement, from the quantum to the cosmos reveals the true nature of reality. With TDVP, we not only get to know God’s thoughts, we get a glimpse of how God’s mind works!

I do not claim to have created this major scientific paradigm shift single-handedly. The new science of TDVP is built on foundations laid by many scientists; notably, it stands on the infinities of Georg Cantor and the Diophantine equations of Pierre de Fermat; and more recently, on the work of Planck, Einstein, Pauli, Von Neumann, Gӧdel, and others. I have been blessed to have the support of a number of brilliant people, including Dr. David Stewart, PhD, a geophysicist who was my roommate in college, and for that reason, has listened to my ideas about math and science for more than 60 years, my wife Jacqui, whose unwavering support I’ve enjoyed for more than 40 years, and I’ve been working in equal collaboration for more than 10 years with Dr. Vernon Neppe, MD, PhD, who, without question, is the most brilliant and accomplished polymath alive today.

Recently, TDVP is being considered favorably by an increasing number of scientists, including Dr. Adrian Klein in Israel, Dr. Gary Schwartz, PhD, a respected author and professor at the University of Arizona in Tucson, and several members of the Academy for the Advancement of  Postmaterialist Sciences (AAPS). Further exploration and promotion of TDVP has been energized recently by the enthusiasm of Dr. Surendra Pokharna, PhD physicist visiting from India. The only question I have now is whether this paradigm shift from the dead end of materialism into the expansive realm of consciousness and spirituality will be accepted by mainstream scientists in time to save humanity from the materialistic path to self-destruction. I am optimistically hopeful that it will happen within my lifetime.

With the discovery of gimmel, the indifferent particles assumed to exist in sub-atomic physics and galactic cosmology are gone, replaced by vortices of energy spinning in multiple planes of rotation. I think it is fair to say that TDVP is like a colon cleanse for the body of modern science: The lifeless dirt and grime of materialism are flushed out and swept away by the living energy of dynamic vortices infused with conscious meaning and purpose.