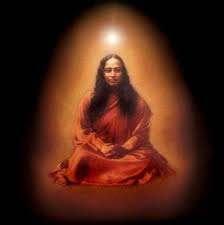 CONCERNING THE ROLE OF CONSCIOUSNESS IN THE UNIVERSE
After my customary 5 or 6 hours of sleep, I follow a morning routine. It consists of a series of physical, mental and spiritual exercises. I believe this routine is what keeps me feeling young and healthy. I am not fanatic about it however, I vary the routine some from day to day and may skip parts of it, or even skip it altogether, if circumstances force me to. For example, it is difficult to do certain yogic exercises on an airliner flying from the US to the Middle East or Australia.

I am always working on one or more, sometimes several, math, logic and theoretical physics problems. I don’t see anything unusual about that, it’s just who I am. And there seems to be a part of me that continues working even when my body is asleep. It is not uncommon for me to wake from a deep sleep with the solution to a problem that I have been contemplating for days, fully completed in every detail in my head.

This morning, after about six hours of sleep, I did my routine and then began to write; longhand, pen and paper. I usually transfer such writing to my computer for documentation. This was no different, and now, I’m going to share this morning’s thoughts with you here.

How can we avail ourselves of the helpful Dr. Jekyll aspect of belief, and avoid the deception of the dark side of belief, the evil Mr. Hyde? We must start by looking at the nature of belief itself in a rational, pragmatic way: Given a certain belief, call it X, is there a way to test X? Is there a way to prove either that it is valid and true, or deceptive and false? The answer is yes, and such a test is the beginning of science.
But, you maybe surprised to find that even the idea that something can be tested, i.e., be proved true or false, -that very idea itself- depends on belief: the belief that there is an undeniable bona fide REALITY, against which any belief can be evaluated and tested. But, how do we know there is such an ultimate reality?

QUESTION: Can the belief that there is an ultimate, undeniable reality be tested? The question is, how can such a basic belief be tested? Against what?

But, wait! Surely this is just silly thinking. If I believe that I can fly by flapping my arms like a bird, I can certainly test that belief by jumping off the roof, out of a tree, or off a cliff. Which do you think I am going to decide is real: the belief that I can fly, or the broken bones and bloody pain I experience at ground zero at the bottom of the cliff?

What have we learned by this round of thinking about belief? I suggest that we have learned that there can be questions that appear to be perfectly reasonable questions to ask, that cannot be answered within the framework of the logic within which the question is asked. Questioning the existence of reality within the reality we can experience and know, is an infinite descent into absurdity, like trying to prove that reality does not exist.

But this realization is not new. A brilliant mathematician named Kurt Gӧdel proved this in1931! His proof is contained in the demonstration of the truth of two mathematical statements called the Incompleteness Theorems. The essence of the meaning of the proof is that logical questions can be asked that cannot be answered within the framework of the logic within which the question is allowed.

By asking a silly question, we have uncovered a deep truth: The truth or falsity of a belief can only be tested by direct experience. When I wake up on the ground in pain, I know that I can’t fly by flapping my arms like a bird in this reality. But mainstream science ignores direct experience, avoids it like the plague, as something subjective, and therefore unreal and untestable.

Mainstream science is based for the most part, on a firm belief in physicalism, better known as the doctrine of materialism, which says that everything can be explained as the result of matter and energy interacting in space and time, or in Minkowski space-time as updated by the theory of relativity. This belief system, a virtual religion for some, holds that consciousness is an epiphenomenon of matter and energy, and that without the existence of certain complex physical structures, consciousness simply does not exist. But this is a belief that is not provable within the physicalist paradigm, because a universe without consciousness cannot be investigated without consciousness. Because of this, materialism is unscientific, because for a hypothesis to be scientific, it must be falsifiable, and reality without consciousness cannot be verified without the existence of consciousness.

Let’s see if we can learn anything by asking another silly question:

WHAT IS CONSCIOUSNESS?
When one decides to study science, as I did, one is told about the scientific method (something that almost no scientist actually uses). We are taught how to observe, weigh, measure and question in a way that insures that we will be led to find what the instructors want us to find. If we find something different, we have to do the experiment over until we get the desired results.

But, this observing, measuring and questioning involves standing apart from that which we observe and measure. It is this forced separation, which is mistaken for and conflated with objectivity, that makes it so difficult for us to actually know anything! It is this imagined objectivity that leads us to ask such an absurd question as “What is Consciousness?” It is this pseudo-scientific method that causes us to believe that if we have a name for something, we actually know what it is! But having a word for consciousness does not mean that we know what it is. To begin with, consciousness is not a what.

When I entered the academic world in the 1950s, as a physics major, I was taught that real science consisted of the mathematically exact discipline of physics and maybe, somewhat peripherally, its less exact stepchild, chemistry. This teaching was not overt, but it was implied. Real science involved objectively observing, weighing and measuring real things, activities that required the use of mathematical tools such as algebra, trigonometry and integral and differential calculus.

Less demanding, and more logically vague disciplines like geology and biology involved little or no knowledge of complex mathematics, just the observation and labeling of things. From the viewpoint of physics, they were not real sciences, they were more or less hobbies, like collecting stamps or butterflies. Psychology was a pseudo-science with ramblings about vague things like feelings and emotions, things that could not be weighed or measured with any exactitude. And parapsychology, ostensibly invented by some wacky Englishmen, and just being introduced in the US by J.B. Rhine at Duke University, should be dismissed as fantasy, bordering on lunacy. ---Some scientists still see things this way.

So, as a budding physicist, I knew that I had to have a working knowledge of mathematics. But when I turned to the serious study of mathematics, by the time I had earned a degree in the subject, I realized that applied mathematics, the handy tool for dealing with the quantification of things, actually depends on real mathematics: Underlying applied math is a mathematical logic more basic than the counting numbers, rational fractions and transcendental numbers, and the fundamental operations of arithmetic. I found that real mathematics was far more interesting than the simple tools that scientists were using for solving quantifiable problems like the balancing of chemical equations or determining the parabolic flight-path of a rocket. I was excited that there was a deeper form of mathematics that depends upon finite distinctions drawn by conscious beings. I realized that at the root of real science lay the undeniably real functioning of consciousness. The reality we experience, is a world created by the conscious drawing of distinctions.

Once you realize that consciousness is, as Max Planck declared, the reality from which all things arise, including matter, energy, space and time, you know that the question “What is consciousness?”- A seemingly straight-forward reasonable question, is one of Gӧdel’s ‘unanswerable’ questions; that is, it is a question that cannot be answered within the framework of the logical system within which it is asked. So, does this mean that it can never be answered? No, we cannot jump that conclusion, because there may be another logical framework, expanded beyond the simple calculus of applied mathematics, a different paradigm, within the question can be answered.

In the prevalent materialistic paradigm, consciousness can have no meaning or independent existence of its own. If matter and energy, time and space are all there is, then the existence of life and consciousness are complete mysteries because there is no mechanism by which matter can become conscious, and even if there were, consciousness could not exist without a physical vehicle. But, I have direct evidence that this is not true.

I have direct experience of evidence that consciousness does not depend on the existence of matter and energy alone. I have had, as have many other people, the direct experience of my consciousness and other forms of consciousness existing independent of physical bodies. Let me be clear: I have experienced being consciously outside of my physical body, observing, without the benefit of physical eyes, things that were verified after I returned to my body. Not only that, the application of the calculus of dimensional distinctions, as posted in this blog, as well as in a number of peer-reviewed publications, proves that consciousness is fundamental and primary. Some form of consciousness had to exist before any finite distinction, specifically particles emerging from the big bang, could ever become stable enough to form atoms and life-supporting chemical compounds.

Is it not curious that materialist scientists see it as their primary purpose to prove that the universe has no purpose, and that materialist psychologists and philosophers think hard to prove that thoughts are not real, and believe firmly that beliefs are meaningless? When will they wake and realize that their own consciousness is real and that it is part of a Greater Consciousness: The Infinite Reality that is manifested finitely as the physical universe?