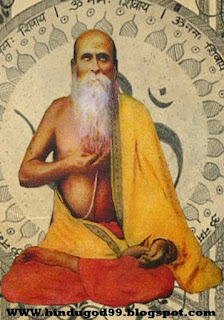 THERE IS NO REALITY WITHOUT INFINITY

Recently, a physicist said to me: “While infinity may be a useful concept, it does not actually exist.” I respectfully disagree. Let me see if I can explain why.

In TDVP, using the logic of the calculus of dimensional distinctions (CoDD) and Triadic Rotational Units of Equivalence (TRUE) Analysis, we may investigate the question of whether the concept of infinity is an existential reality (I use the word ‘existential’ here as it’s root meaning, not in the more diffuse sense of the philosophy of existentialism), or a convenient mathematical and theological fiction.

Infinity as a useful concept in mathematics
In contemporary mathematics, infinity is the concept of a state or object being larger than any number of units of measurement, no matter how large or small the units are. When used in the context of “infinitely small," infinity is the concept of an object that is smaller than any single measurable unit, no matter how small the unit is. Special care must be taken to be sure that infinity is not erroneously treated as a number, because attempting to treat infinity as an actual number can lead to paradoxes. So, for contemporary mathematicians, infinity exists only as an abstract concept. The symbol

Infinity is also used in the definition of the cardinality of a set of objects as in a list, array, or ordered sequence of objects that does not have a finite number of elements. The set of positive integers is a good example. Again, one must be careful to avoid thinking of infinity as an actual number, because doing so can lead to confusion. For example, the set of integers and the set of even integers are both infinite, despite the second set being contained within the first set. Infinity is also used in the theory limits. Some functions approach a specific finite value as the independent variable in the function approaches zero infinitely closely, while other functions may approach infinity as the variable approaches zero. The concept of a function "approaching infinity" means that it grows larger without bound.
For macro-scale analytical geometry, with applications of integral and differential calculus, the concept of infinity is very useful, if continuity of space and time can be assumed. Determination of rocket trajectory and satellite orbits are good examples. In problems involving finite discontinuities in variables of extent and content, however, integral and differential calculus cannot be used, and contemporary mathematicians must resort to cumbersome finite-difference equations.

Georg Cantor’s Infinities
From antiquity, many philosophers and mathematicians contributed to the study of infinity, but it was Georg Cantor in the nineteenth century who established infinity as a respected mathematical subject, even though he didn’t get the recognition he deserved in his lifetime. Most of the other mathematicians of his time denounced his work as “religious philosophy”, not mathematics. Despite the disdain of his peers, Cantor created modern set theory single-handedly by defining the concept of one-to-one correspondences between sets. He started by demonstrating that the set of integers (whole numbers) can be aligned in a one-to-one correspondence with the set of fractions, and concluded that these two sets have the same infinity. This led to his most important discovery, when he proved that there are infinitely many infinities, of different sizes. For example, the infinity of points in three-dimensional space is much larger than the infinity of points on a line because three-dimensional space contains an infinite number of lines.

Infinity as used in Theology
For theologians, God's infinity is defined as something distinctly different than mathematical  infinity. In mathematics, the concept of infinitely large is derived from the concept of enumeration in the finite world of our experience by recognizing the impossibility of ever coming to the end of being able to add one to any number, no matter how large it gets; and the concept of infinitely small is conceived of by dividing unity by those larger and larger numbers obtained by the process of addition to get smaller and smaller numbers, ad infinitum. On the other hand, theologians claim that our ability to build  infinity from the finite, to understand that we can keep applying the fundamental operations of addition and division over and over, getting a new result each time, is grounded in the idea of the theological infinite as an attribute of God.

Theologians believe that God is infinite in a way that the finite mind can never understand; and that God's qualities cannot be determined by the addition of parts. Thus, God is not a completed whole, but rather, a Whole Being without limits'. [Leibniz, New Essays on Human Understanding, trans. Peter Remnant and Jonathan Bennett (Cambridge: Cambridge University Press, 1981), 157ff.]

Infinity as a necessary concept in TDVP
In the CoDD, the quantum mathematics of the TDVP, we have shown by the mathematical process of Dimensional Extrapolation, that any domain of n dimensions is embedded in a dimensional domain of n+1 dimensions. This means that the nine mathematically-definable finite-dimensional domains of the reality we experience is embedded in infinity. The forms that make up the elementary vortices that we can observe and quantify in 3S-1t, are conveyed from the logical structures of infinity (the mind of God, if you will) across the six dimensions of consciousness and time by conveyance equations containing gimmel, into the three-dimensional domain of everyday observation. However, as shown by quantum experiments like the double-slit and delayed-choice experiments, these forms are non-local (i.e., existing as potentials throughout infinity and the finite domains embedded in infinity) until specific distinctions are drawn by a conscious observer.


In the ultimate scheme of things, Infinity is real, not just a mathematical fiction. Without Infinity, there would be no gimmel, and, as demonstrated in the TDVP with the logic of the CoDD, without gimmel, there would be no universe.
Posted by Edward R. Close at 1:11 PM