A SIMPLE DESCRIPTION OF GIMMEL 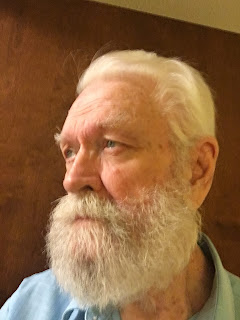 INTRODUCTION
Let’s suppose you haven’t read my posts about the discovery of gimmel, the third form of the stuff that makes up the universe, or if you have, you haven’t read the detailed proof that gimmel, something that is neither matter nor energy, exists in every electron, proton and neutron that make up every material thing we can see, feel and measure. Or, even if you have read it, you didn’t fully understand the complex mathematics and scientific concepts behind the proof, and even if you accept that it is science and not science fiction, you don’t see why it is necessarily something to get excited about. If any of these descriptions fit you, then this post is for you.

In this post I will do my best to explain why gimmel, a non-physical something without which there could be no universe, has to exist, what it means for science in the future, and how it will affect everyone, including you.

The new comprehensive paradigm developed by Dr. Vernon Neppe and me, working separately for many years, and in collaboration for the past ten years, that led to the discovery of gimmel, has been reviewed by many PhD- and post-doctoral level scientists world-wide. A few have endorsed it, a few more are interested and intrigued by it, and as has happened with every major paradigm shift in the past, many are upset and feel threatened by it.

What exactly is a paradigm shift? A paradigm shift is a shift from what is theorized and known about the universe, to an entirely new way of looking at reality. Previous paradigm shifts include shifting from an Earth-centered model of the universe to a sun-centered model of the planetary system in which Earth exists, Einstein’s relativity, and quantum physics. Why is this a major paradigm shift? Mainly because it expands the scope of scientific research beyond the physical aspects of reality. This has been tried before, and there are many people who are just as convinced as we are that science must grow beyond the limitations of materialism, but to my knowledge, our paradigm shift to a postmaterialist science is the first one to include a new mathematical system, a new calculus that puts consciousness into the equations.

What I have to say next is not meant to glorify Vernon Neppe or myself.  We have no desire to brag. It is simply a statement of fact, meant to anticipate the inevitable reaction of skeptics of our work who say something like: “What makes you guys think you are so smart? Do you think you are smarter than all the great scientists of the past, and all the mainstream scientists today?” We don’t think we are, but in fact, we have documented IQs higher than the known IQs of many scientists, including Richard Feynman, Michu Kaku, and Stephen Hawking-- and higher even than the estimated IQ of Albert Einstein. This does not mean that we think we know more than everyone else. It only means that we have the intellectual potential to understand as much or more than the scientists mentioned. It certainly does not mean we can’t be wrong. I believe that a high IQ is meaningless unless you do something with it that will contribute to the human understanding of reality and improve the lives of real people.

Now, let me try to explain in plain English how gimmel was discovered and what I think it is. But, I want to start with a disclaimer: The ideas I present in this post are mine and mine alone. I take full responsibility for them. While Dr. Neppe and I usually agree on almost everything, I do not presume to speak for him, or for anyone else. Some of what I will have to say here must be regarded as speculative from a scientific point of view, but most of it is backed up with mathematical proof and empirical evidence. I will try to designate which is which as I go. I also firmly believe that the concepts of the new paradigm we call the Triadic Dimensional Vortical Paradigm (TDVP) are not beyond what the average person can understand, if explained properly. And that is the whole point of this post.

The discoveries by Max Planck and Albert Einstein that energy and mass are two aspects of the same thing, and that they are quantized --meaning that they occur in multiples of quantum units, requires a complete revision of how we measure and describe matter, energy, time and space. Beginning in 1986 and continuing to this day, I am developing a system of mathematical logic that I call the Calculus of Dimensional Distinctions (CoDD), designed to analyze our quantized reality. As important as I think this is, it will not be necessary for you to know and understand the CoDD, or any complex mathematics to understand the ideas revealed by it, including gimmel, described in this post.

I can prove that gimmel exists in every particle of the physical universe from the smallest quark to the electron, the photon and the atom, to the far-flung galaxies of the cosmos, and that no stable structures, atoms, molecules, planets, stars, or organic life forms can exist without it. I can also prove that gimmel is not any kind of matter or energy, and that it has organizing effects on the matter and energy of the universe as we experience them.

Everything I just said in the last paragraph has been documented and published, and additional detailed technical papers are being prepared for publication. I intend to post them on this site once they have been peer-reviewed and published, for those who are interested in all the gory details. In the meantime, I will continue to explain gimmel in terms anyone can understand.

Physical reality is that which occupies space and has mass measurable as weight on the surface of the Earth, and energy measurable as the forces of the various kinds that are studied by physicists. Matter and energy interacting in time and space (or, since Einstein, space-time), make up what we usually think of as the “stuff” of the universe. The discovery of gimmel changes all that. I can prove that gimmel is not measurable as mass or energy. If it were, then there would be no stable universe, and the “great heat-death of the universe predicted by materialists based on the second law of thermodynamics, would already have happened.

The discovery that as much as about 95% of the universe by mass and 85% by volume, is not physical, changes everything. Gimmel, as I said, is not measurable as mass or energy. But, you may ask, then how can it affect the physical stuff of the universe? The answer is: by affecting the angular momentum of spinning objects, i.e., in plain English: by how it affects the way things rotate, move and interact. But, if gimmel is neither matter nor energy, then what is it?

I believe, and here’s the part that you scientific-minded folks can call speculation if you like, that gimmel is a form of consciousness itself, and here’s why I am convinced that this is true: It has the attributes of consciousness. It organizes everything, because without it there would be no stable structure. More than that, it supports organic life. In the analysis of the natural elements of the Periodic Table using this approach, we find that carbon, hydrogen, oxygen, sulfur, and nitrogen atoms, and molecules that form and support living organisms, have more gimmel in them than the other elements and compounds, especially those not essential for, or harmful to living organisms.

In my opinion, this makes the discovery of gimmel very, very important, if not the most important discovery of all time to date. It means that we have discovered how consciousness enters into the mathematical laws of science! It means that every particle of reality has consciousness in it in some measure. It opens the door to the scientific study of non-physical phenomena in a way that has never been available before, with a mathematical method of measuring the effects of consciousness in the forming of material objects and living matter.  It provides an innovative approach to analyzing psi phenomena, spiritual experience and relates consciousness to the mathematics and geometry of the universe.

There you have it in a nutshell: gimmel from my point of view.