THE IMPLICATIONS OF GIMMEL 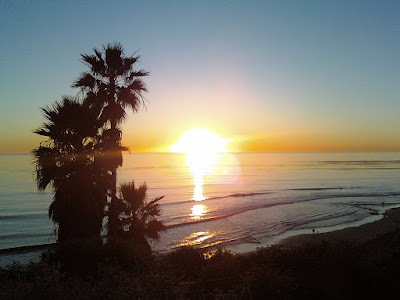 In the last post, I stated that gimmel, the non-physical part of reality, exists in some definite amount that can be determined mathematically in every particle of physical reality in the universe, and that it behaves like consciousness. Now that we know that consciousness exists in some degree in everything in the universe, from the photon and electron, to the Earth and Sun and every galaxy making up the apparently endless cosmos, how does this knowledge change our lives? Does it have any practical application? My answer is: Yes, I believe it does.

Because consciousness is in everything, we can think of the cosmos as a vast field of consciousness. What is a field? A field is a non-uniform expanse of existence or being. Why non-uniform? Because if it were uniform, there would be no distinctions in it. That would be a state of maximum entropy, a state in which every location in the expanse is exactly the same as every other location. Such a state of non-distinction is effectively tantamount to nothingness.

Imagine an endless ocean of water with no distinction from any one spot to any other. The water is made up of billions and trillions of identical molecules consisting of two atoms of hydrogen and one atom of oxygen (H2O). And imagine that within the ocean, some of these molecules contain a certain level of consciousness. Physically, they are exactly like all the other molecules of water, but they possess a certain level of awareness. Now, if some of these semi-conscious molecules band together and form a quantity of water that is self-aware, that organization of molecules may see itself as suspended in an endless expanse of water. But, eventually, a force from somewhere beyond the field of awareness of the conscious molecules pushes them up and they find themselves breaking the surface of the ocean as a wave. They become aware of their existence as a wave, separate from the ocean. But they are not really separate, and they will eventually return to the bosom of the ocean.

This is quite analogous to the situation we find ourselves in as human beings. We exist in a non-uniform field of physical substance, all of which contains some level of consciousness. A certain quantity of molecules in the field of substance finds itself gathered together and thrust up into a state of self-awareness as a human being. It believes and behaves as if it were separate. But it is not. It will eventually return to the bosom of the field of awareness.

The discovery that gimmel is in everything, that gimmel is conscious and that there is more gimmel than mass and energy in the universe, tells us that consciousness is the rule, not the exception. Add to this the law of conservation of substance (an extension of the law of the conservation of mass and energy in physics) and you have the basis for living a life of moral integrity, love, compassion and mutual benefit.

From the vantage point of one consciously connected with the entire field of existence, this transformation from self-centered egoism to a moral attitude of love for all things, must appear quite natural and inevitable. It is the natural movement from ego-consciousness to Cosmic Consciousness, from self-absorption to Self-Realization, and it is the reason you exist.

Perhaps those who have attained this transcendence are constantly whispering in your ear: “Wake, oh wake, you are a potential Saint! Turn away from seeking the objects of selfish desire and awaken to the awareness of your deep connection with the Spirit of Consciousness in all things. Do that even once, and the gates of Heaven will open for you. It is your birthright!”