WHAT IS STRING THEORY? 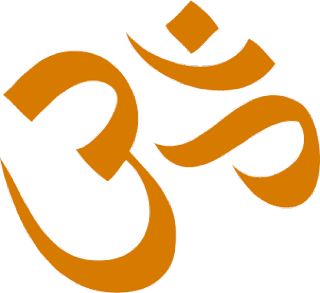 Following on from the previous post, “WHAT IS A PARTICLE?” particle physicists (at least some of them) know that there are serious problems with the Standard Model. But, based on their tacit assumption that reality is nothing more than matter and energy interacting in space-time, it is all they have. It’s the ‘if all you have is a hammer, everything looks like a nail’ syndrome. With due respect, what they don’t seem to realize is that their most basic assumptions are wrong.  Assuming that reality is made up of particles, they attack the problem of determining the nature of reality like yesteryear’s carpenter, with two ineffective tools: a 300-year-old saw and a brute-force hammer. The 300-year-old saw is the calculus of Newton and Leibniz, and the brute-force hammer is the Large Hadron Collider (LHC). There are numerous clues from the empirical evidence of quantum and relativistic experiments that there is more to reality than matter and energy interacting in space-time, but mainstream science does not have a good history of reacting favorably to being told that they are wrong.

String theory arose from recognizing that assuming reality is composed of particles stuck together to form the structures of the physical universe led to some unresolvable problems, - like particles that weren’t particles. So what if electrons, protons, neutrons, etc., are vibrating strings? This made possible an acceptable conceptual relationship between particles and waves, and led to a number of elegant and interesting multi-dimensional theories involving physical structures consisting of vibrating strings and ‘branes’(short for membranes). But no one could explain where the strings and branes might come from, and the problem with string theories is not that that they are necessarily incorrect, they are internally mathematically correct, but that they contain mathematical concepts that do not exist in reality. Because of this, they cannot be verified empirically and they lead to some of the same problems that we find in the standard model of particle theory.

To understand how string theories contain mathematical concepts that do not exist in reality, we must go back to Euclid’s axioms. Euclid’s axioms are based on the idealized concepts of mathematical singularities (dimensionless points), one-dimensional lines, and two dimensional planes. These mathematical objects do not exist in a quantized reality. The dimensionless point must be replaced by the minimum quantum volume (the TRUE quantum equivalence unit), and the axioms and fundamental operations of mathematics revised accordingly. When this is done, the calculus of Newton is replaced by the logically prior Calculus of Distinctions, the comprehensive mathematical system of TDVP.

The ‘Standard Model’ is incomplete, as models always are, per Gӧdel’s incompleteness Theorems. But a major problem with the Standard Model as I see it, is that it has incorporated parts of the discoveries of Einstein and Planck, but has ignored or rejected the most important parts of their insights. Planck said: “There is no matter as such. All matter originates and exists only by virtue of a force. We must assume behind this force the existence of a conscious and intelligent Mind. This Mind is the matrix of all matter.” And Einstein said: “Space time is not necessarily something to which one can ascribe a separate existence. Physical objects are not in space, but these objects are spatially extended. In this way, the concept of empty space loses its meaning.” And “I want to know how God created this world. I am not interested in this or that phenomenon, in the spectrum of this or that element. I want to know his thoughts. The rest are details.” From many things they said, it is clear that both Planck and Einstein saw the universe, as a manifestation of God’s thoughts. The Standard Model ignores this, but this is exactly the position of TDVP:

Infinite Consciousness is the source and substance of reality.

String theorists pick and choose, accepting the axiomatic bases of relativity and quantum theory, but rejecting the comprehensive conclusions of Planck and Einstein because of the materialistic bias of mainstream science. Mainstream science is largely controlled by agnostics and atheists who are embarrassed by the spirituality of the great minds of science, and the mainstream scientists who believe in an intelligence behind reality must bow to the political correctness of academia for fear of losing their jobs and research funding. As a result, mainstream academic science has become an elitist priesthood, replacing organized religion, meting out the truth as they see it, and suppressing any idea that does not conform to their agenda.
Posted by Edward R. Close at 6:49 AM