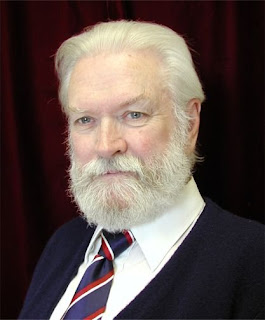 As pointed out in the last post, if we are to understand the true nature of reality, we must examine the roots of human perception and understanding. Based on the input from the senses, a tiny fraction of the spectra of energies vibrating and radiating throughout the universe, our brains process energies in the form of photons and electrons to form images. We take these images to be more or less accurate representations of reality. Our brains automatically compare new images coming from the reality we perceive to exist ‘out there’ with internally stored images that constitute our memories of previously received energetic information. In this way we learn and form an understanding of reality. But while that understanding may allow us to function and survive for a time, we must realize that it is indirect, limited, incomplete, and may be inaccurate due to the limitations of our physical senses and the deterioration and distortion of memories over time.

Each of us lives in a world of our own consciousness, and our success as individual organisms depends in a very real way upon the extent to which our individual conceptual worlds correspond with reality. Caught up in the world of our own consciousness, we mistakenly believe that our conceptualized model of reality is reality, and this causes us much confusion, suffering and pain. To the extent that our internal models, i.e. our belief systems, whether religious, philosophical, political, or scientific, are at odds with reality, we suffer. When this confusion of conceptual models with reality becomes institutionalized, the suffering is global.

The original good intent of the institutions of religion, philosophy and science was to minimize the discrepancies between our conceptualized models of reality and reality itself, and avoid error and the resultant suffering by combining the efforts of the best minds to attack the problem of understanding the nature of reality. This honorable intent, however, has all too often become infected by ego, greed and personal or group ambition, resulting in political subversion, suppression of truth, subjugation of millions of people, and massive suffering. It seems to me that it should be obvious that the more accurate our model of reality is, the more completely it reflects reality, the more harmonious, meaningful and purposeful the future of humanity becomes.

In pure mathematics and symbolic logic, existence has long been held to be axiomatic, so that an object is assumed to exist if it has definable properties. With that definition, the question of actual existence is then of little or no importance in relation to the application of mathematical and logical operations such as calculation, inference or deduction. This is problematic in that it imputes existence to conceptual constructs such as dimension-less points, mass-less particles, quantum-state matrices, Eigenvector spaces, and ‘mixing angles’ of elementary particles that do not actually exist as objects in sub-atomic reality. This is analogous to assigning the same level of reality to the written description of a dog as to an actual living dog.

On the basis of the limited information we have through the physical senses, memory and operation of the brain, it seems reasonable to conclude that reality is doubly infinite; i.e., that space and time are infinitely extended and infinitely divisible. With the discoveries of Planck and Einstein, however, we now know that these notions are incorrect. They are illusions born of the limitations of our physical senses and our partial knowledge of the nature of reality. For example, there is a quantum limit to divisibility. Matter and energy exist only in multiples of a finite smallest possible unit. This means that Newton’s calculus, while wonderfully accurate in the mid-scale of reality, is not applicable at the quantum scale because it is based on the assumption of infinite divisibility.

You might object that while mass and energy are quantized as Planck discovered, there seems to be no reason to believe that space and time are not infinitely divisible. That, however, is not the case. Einstein’s discovery of the absolute limit on relative velocity in 4-D space-time, means that space and time do not exist without mass and energy (See the Einstein quote in the February 6, 2016   post, ILLUSIONS), and because velocity is measured in length units and time units, space-time is also quantized.

The lower limits of mass and energy, and the upper limits of space and time, discovered by Planck and Einstein, come together in the analysis of the atom where quantum particles spin with near light-speed angular velocities, to produce the true quantum unit of equivalence, which I call the TRUE unit, and this led to the discovery of the third form of the essence of reality, which we call gimmel.  This third form, neither mass nor energy, completes the symmetry of hydrogen and other atoms. Without it there could be no physical universe as we know it. So the existence of the physical universe supportive of life and consciousness depends on a non-physical form of reality.

Back to the concepts of existence and infinity: To construct a mathematical model that is an appropriate logical system reflecting the reality revealed by the discoveries of relativity, quantum physics and TRUE unit analyses, we must re-formulate the axioms of Euclid, replacing the dimensionless point with the minimum existing TRUE unit of our quantum reality, and the infinitesimals and infinities of Newton with TRUE units and transfinite dimensional domains. When we do this, the equations describing the model are all Diophantine (integer-solution equations), reflecting the quantum nature of reality. The TRUE unit (Triadic Rotational Unit of Equivalence) is the smallest, most basic unit of mass/energy/consciousness volumetric equivalence.

Content within the three- four- and five-dimensional domains is measurable in TRUE units of mass, energy and consciousness. Transfinite content may be manifested in the 3S-1t domain as mass, energy or gimmel, and gimmel is meted out in the elements of the Periodic Table according to the Conveyance Equation, a multi-dimensional Diophantine equation derived from the re-formulated geometric axioms, the Pythagorean Theorem and Fermat’s Last Theorem. These derivations are beyond the scope of these posts, but have been published in technical papers, and the book “Reality Begins with Consciousness” by Neppe and Close. www.BrainVoyage.com.  Application of the mathematical logic system the Calculus of Distinctions, also beyond the scope of this post, replaces the application of the differential and integral calculus of Newton and Leibniz at the quantum level, avoiding the errors and confusion arising from using a mathematical tool based on assumptions inconsistent with a quantized and relativistic reality.