DOES GOD HAVE A SENSE OF HUMOR? 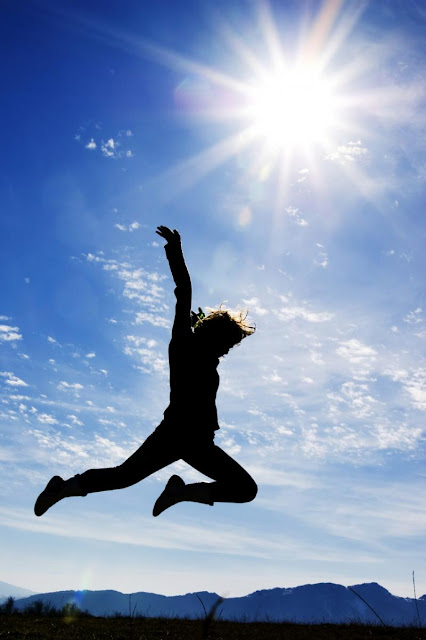 Who was He talking to?

I grew up in hilly country where there were a lot of rocks. A clever friend of mine once said: “There are two kinds of people in the world: rock-pile-ers and rock-rollers.”

Now God is perfect, right? And He exists in a place of perfect peace and boundless beauty, called Heaven. So I imagine one day God got a little bored and decided he’d clone himself so he’d have someone to talk to. …
… Big mistake!

Why did everything get so ‘interesting’ after that? It’s because rock-pile-ers and rock-rollers don’t get along very well. In fact, it turns out that they don’t even like each other.

As soon as the rock-pile-ers get a nice stack of rocks piled up on the hill, the rock-rollers come along and roll them down the hill, to watch them roll and bounce and go KER-SPLOOSH into the creek.

I never said this to my friend, but I think there are three kinds of people. Why? Because I don’t really care for piling rocks, or rolling them. I like to think about the rocks: What kind of rocks are they? Where did they come from? What was there before the rocks?

Let’s apply this to physicists. The rock-pile-ers are those, engineers really, who like to build things. Things like the Large Hadron Collider. The rock-rollers are the experimental physicists. They like to take things apart.

I can remember when as an undergraduate physics major at Central Methodist, I joined the Physics Club. We met at Mac’s, a bar about ten steps off campus, where we drank beer and waxed philosophical. One evening, sitting around a table at Mac’s, sipping beer, the president of the club, a senior named Newton (No, not Sir Isaac; George) said: “Hey guys, let’s blow up something and see what it looks like!”

That was the beginning of Fledermaus, the rocket-science project. We called it Fledermaus, German for bat, because we met at night on the athletic field and tried to make thing fly, by sticking explosives under them, lighting a fuse, and running for cover. It gave us an excuse for blowing things up! But, I digress.

The engineering physicists are rock-pile-ers. They build things, like the LHC. The experimental physicists (rock-rollers) are the particle physicists who like to blow things up, and they both look questioningly at physicists like me, who don’t particularly care to get their hands dirty, scratch their heads and say: “OK … theoretical physicists, right?”

God 1.0 sighed and they trudged down the hill to the edge of the creek.

“He’s going to look like that,” God 1.0 said impatiently, pointing to their reflections in the creek.

And He began to wave his hand as they were looking at their reflections in the creek, but at that exact moment, God 2.0 stirred the water with a stick. And that’s why we have so many odd-looking people today.