A FEW MEMORIES OF A LIFE WELL LIVED, SO FAR 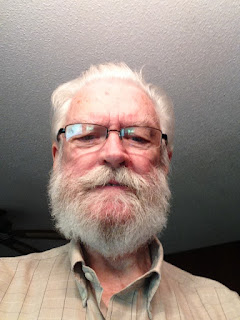 MEMORIES OF A GOOD LIFE
Memory from one year ago today: A post from Victoria Duff asked FB friends to do the following: “Write a note with 25 random things, facts, habits, or goals about you, and at the end, choose 25 people to be tagged. You have to tag the person who tagged you. If I tagged you, it's because I want to know more about you.”
25 random things seemed like a lot, but I did it, and here is an update:
First, and foremost, the smartest thing I ever did was to marry Jacqui. She has gone with me to the ends of the Earth, and she has supported me and believed in me beyond all reason, when others thought I was crazy, and she continues to do so today. She is the light that lights my way, and the living energy of the wind beneath my wings. Through loving her, I have learned to love life and all living beings.
1.) I love people, and I love animals, often more than people.
2.) I was an only child, but had 55 first cousins by the time I was in High school.
3.) I was speaking in complete sentences by the time I was one year old.
4.) I have vivid memories that have been verified, back to the age of nine months, and even earlier.
3.) I solved puzzles that stumped most adults, spoke two languages and a little of a third, had written a book of poetry, and could multiply two and three digit numbers in my head by the time I was nine. My maternal grandmother said I was too smart to live!
4.) I find chess boring.
5.) My parents moved to Phoenix when I was a ninth grader. I didn't like the large classes at North Phoenix High, so after the first day, when my dad dropped me off at the front of the campus, I just walked through the campus, and out the back and found an archeological dig where I spent the day every day. I got away with this for half a semester! We moved back to Missouri when I was 14 and  discovered Einstein's theory of relativity.
6.) When I received the letter "Greetings ..." from Uncle Sam in 1961 for induction into the Army, I reported to Jefferson Barracks in St. Louis. When I finished the IQ test, they made me take it again, with a proctor standing right over me, because they had never seen a score that high, and thought I must be cheating somehow! Of course I scored even higher the second time.
7.) I have a large collection of American Indian relics.
8.) I love swimming, camping, hiking, spelunking, and just being alone in the wilderness.
9.) I quizzed out of freshman math and English in college and took creative writing classes.
10.) My college roommate and I dropped out in our Junior year and hitch-hiked to Los Angeles where I met several movie stars including Jayne Mansfield, Bob Hope, Charles Bronson, Jack Kramer, Producer-Director Alfred Hitchcock, writers and artists including Henry Miller, Eric Nord, Shell Silverstein, Jason Pollack, Jon Raymond, and other famous and semi-famous people.
11.) I worked as an actuarial mathematician, writing programs for the Univac computer in Los Angeles in 1960.
12.) I have lived and worked in 12 states, two foreign countries and the commonwealth of Puerto Rico, and visited all but three or four states and seven foreign countries.
13.) I was a charter member of a US Government Systems Analysis Group where I worked with some of the nation's brightest mathematicians from Harvard, Johns Hopkins and Stanford, including Nicholas Matalas, David Moody, and David Dawdy, modeling complex environmental systems.
14.) I knew and worked with Benoit Mandelbrot, the inventor of fractals.
15.) I have studied all of the major religions, and I have studied and practiced several forms of consciousness expansion since 1959.
16.) I play the guitar and harmonica moderately well.
17.) I read poetry and played guitar in coffee houses in Venice and Topanga, Canyon California at the end of the Beatnick Era, and the beginning of the Hippie Era.
18.) I have had several near-death experiences and at least three out-of -the -body experiences.
19.) I was environmental engineer and hydrologist on the MX-Missile Prototype Project at Vandenberg AFB, and Project Engineer for the US Army Base Closure at the Presidio in San Francisco.
20.) I was Caravan Priest-Physician on the documentary film "The Gift" on the
Frankincense Trail in Egypt and Jordan in 2010.
21.) I climbed and camped on Jebel Rhadwah in Saudi Arabia in 1981, only to learn later that it was one of the two Holy Mountains where Mohammed went to pra, y, As a non-Muslim, I could have been beheaded if I had been caught there.
22.) I discovered and helped preserve a pre-Mohammed village in Wadi Al-Farrah in the Hejazzi Region of Saudi Arabia.
23.) I became a member of the International Society for Philosophical Enquiry (ISPE) in 2008, where I met Dr. Vernon Neppe, MD, PhD, world renowned neuroscientist. with whom I am doing extended research. I've been invited and featured speaker at two international conferences, and numerous conferences in seven US states.
24.) I am not a joiner by nature, but I am a 'Distinguished Member' of two of the highest entry level Hi-IQ Societies in the world by invitation.
25.) I am in excellent health and take no prescription or over-the-counter medicines, - not even Aspirin, and I’ll be 80 years young my next birthday.

25 random things seemed like a lot until I started writing. Here are a few more: My favorite colors are blue, deep purple and gold. I've taken courses and done independent research at eight universities including Johns Hopkins, UCLA, and UC Davis. I earned degrees in math, physics and environmental engineering. I discovered a non-toxic solution to toxic mold in 2006 and published a best-selling book of case studies. I've published hundreds of technical articles in professional journals, six books and have at least three more in the mill, including an autobiography, which is still only about 80% done; but then, my life is not over yet!

It is my life's goal to do everything I can to help bring science out of the dark ages of materialism. My greatest discovery other than my personal relationship with the Creator and Sustainer of the universe through Christ consciousness, in my opinion, is the discovery of the third form of the esseence of reality, called gimmel and daled in these posts.
Posted by Edward R. Close at 2:30 PM