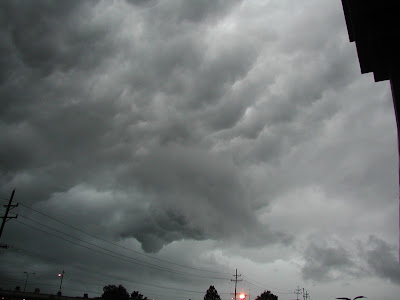 THE AMAZING PERFECTION OF IMPERFECTION
Have you ever wondered why life isn’t perfect? I have. And it may or may not surprise you to learn that I have an answer. It’s a good answer for me, but when you read it, you will probably think my answer is imperfect, or incomplete, and of course you will be right!  It is! Because there really is no answer to this question that everyone will agree upon as perfect. And that’s as it should be.  There’s a reason for this world’s imperfections. If you find something in this world that appears to be perfect, you need to look at it a little more closely, because you are missing something. Nothing in this world is perfect. Now, why is that?

It has to do with logic, mathematics, and quantum physics. Have you ever heard of Gödel’s incompleteness theorems? “Oh no!” I hear someone say, “Not mathematics again! That’s just not my cup of tea!” Relax. I’m not going to fill pages and pages here with my proof of Gӧdel’s theorems, even though I could. But it’s never a good idea to do something just because you can. And I don’t expect many of you who read this will want to spend your precious time learning a new system of mathematical analysis that involves nine rotating dimensions. You probably have better things to do. That’s why I write these blog posts: in the hope of giving those who need it an understanding of things that they will not find anywhere else. I spent years studying the calculus, symbolic logic, relativity, and quantum mechanics, so you won’t have to.

Why would anyone spend 10 or 15 years of the best part of life studying such things? Because when professional scientists refer to matrix algebra, eigen functions, twistors, tensors, Gassmann and Lie geometric algebras, quantum tunneling, and non-locality, I want to know what the heck they are talking about. How else can I understand how they reach the conclusions they do? How else can I know whether they know what they are talking about, or are just blowing pretty smoke rings? Most of the time, it turns out that they are just blowing smoke rings!.

So why isn’t the world we experience every day perfect? Let’s start by looking at the simplest thing about quantum physics: We’ve known for more than 100 years, thanks to Max Karl Ernst Ludwig Planck, that the physical world is quantized. That means that it is made of whole multiples of extremely small things. So unbelievably small, in fact, that it is amazing that we can know anything about them all.  And Albert Einstein (that’s right, Albert had no middle name. - I guess his friend Max used them all up!) started the ball rolling for quantum technology with his Nobel Prize wining explanation of the photo-electric effect, based on Planck’s earth-shaking discovery.

Now, go stand in a field somewhere, where you cannot see any effects of human activity, if you can, where everything you can see is natural. Do you see any straight lines? Any perfect circles? Pick up a rock and look at it carefully. It may have fossils and/or crystals in it that suggest perfect lines, triangles, rhomboids, or spheres, but use a geologist’s hand lens, and you will see that there are small “imperfections” that seem to mar those geometrical forms. Look at the most perfect shiny white billiard ball you can find with a magnifying glass, or an electron microscope. When its surface is magnified enough, you will see that  it has bumps and divots like the mountains and craters on the moon! Look at magnifications of anything that appears to have a perfect geometrical shape. Long before you get anywhere near the quantum level of smallness, you will see that there are no perfect lines, squares, spheres, or any shape or form that you can call perfect. Now, why is that?

The answer is simple! (I almost said perfectly simple!) In a physically quantized world, there are no straight lines, perfect curves, circles, or spheres! Such things are physically and mathematically impossible! Another pure math theorem called Fermat’s Last Theorem, proves that two perfect shapes cannot merge to form another perfect shape! I’ve published the proof of that in several papers and books. So, even if the smallest things, the distinctions that actually make up physical reality, namely electrons and quarks, are perfect little spinning objects, as soon as they start combining to form atoms, perfect shapes are no longer possible.

So, some things are perfect, you say? I thought you said nothing in this world is perfect! Well, that’s not perfectly true. There are perfectly symmetric things at the quantum scale of physical reality, but we can’t see them! You might be relieved that the realm of perfect things is beyond the scope of this post. It has to do with Plato’s perfect solids, - there are only five! - It also has to do with why the universe appears to be expanding, why elementary particles are spinning, and why they are not really particles! But that’s a subject for another blog. In this post, I am just trying to explain why nothing we can see, touch, taste, hear, or smell is perfect, and why that’s OK. In fact, it’s more than OK, it’s perfect…

Back to Gӧdel’s incompleteness theorems: Don’t worry, you needn’t bother with studying the works of Gauss, Bolyai, Lobachevsky, Riemann, Cantor, and Hilbert, nor do you have to understand countable infinities, mathematical consistency, and the systematic codification of formal logic, and follow all  of the tortured steps of Gӧdel’s proofs, - unless you really want to -  and have the time and patience to follow the chain of reasoning, - which is about like looking at lizard tracks in the snow. I am here to tell you that we can just jump straight to the final, most important conclusion of Gödel’s incompleteness theorems:

Any consistent logical system of representation will always be incomplete.

What does this have to do with the imperfect world we experience? In a word: Everything!

Everything made of finite parts, like electrons, quarks, protons, and atoms, in short, everything in the physical universe, is sure to be incomplete, because, if it is logically consistent, Gӧdel’s theorems prove that it is forever incomplete! Another way to say this is: In any consistent system of thoughts or things, there will always be questions that can be asked, but that cannot be answered within that system. There will be describable forms that cannot be found within the world in which they are described. The idea that they can be, or should be there, is a product of the limitations of our physical senses.

The physical senses, with which our bodies are equipped, hide more of reality that they reveal, especially at the quantum level. The images our physical senses convey to our brains in quantized electrical impulses suggest perfect forms that do not exist in quantized physical reality!  Our minds weave images that we take for realities perceived; but the perfect logic and form we imagine, is not really there in the physical world. This raises the question: Do those perfect forms exist anywhere? Plato thought so. Or are they just illusions created by the inability of our physical senses to see the quanta that make up physical reality?

Wait! We just asked another question! Could it be that maybe that question cannot be answered within the logical system of language, English in this case, that allowed us to ask it? But, wait! That’s yet another question, a question about a question! Does Gӧdel’s theorem apply to each question, as we make a descent into an infinity of questions about questions? Yes, it could. But, in the physical world, there is no infinite descent. Zeno’s paradox does not work in the physical universe, because in a quantized world, there is no such thing as half a quantum of anything.

Yeah, OK, you’re right; I promised that you wouldn’t need to study mathematics, symbolic logic, relativity, and quantum physics to understand why life isn’t perfect. So, I’d better stop trying to impress you with what I may or may not know perfectly well, and get back to the point. And that point is: the importance of imperfection.

A perfect world would be a complete waste of time and space. Most of us would be bored out of our skulls within a week. If stuck in a perfect world, I know I would! If there were a god trapped in that kind of endless perfection, don’t you think he (or she) would dream of creating a place like this mess we human beings call home? It is only the incompleteness, the physical and mental imperfections, that give us the room and ability to grow mentally and spiritually. So, my advice is, don’t hanker after a perfect world. You might get what you wish for! Instead, be thankful that you have an imperfect reality with Gӧdel’s holes in it, through which you may escape into a new multi-dimensional reality, and eventually, once you’ve tired of that one, from that one into another one, and then another, …and so on, ad infinitum!

There is no real evidence that anything has ever created itself out of nothing. So there must be a higher intelligence beyond this imperfect physical world! Be thankful to God, She, He, or It, or whatever you want to call the more perfect creator, that the world you experience offers the amazing perfection of being perfectly imperfect. I, for one, say Amen! Thank you God for that!

As for me, I am perfectly happy to be imperfectly perfect ... most of the time.