SOME MAJOR MAINSTREAM IDEAS ARE FALSE 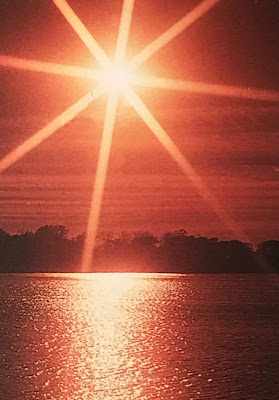 SOME MAINSTREAM IDEAS ARE SCIENCE FICTION, NOT SCIENCE
When I say some mainstream ideas are science fiction, by ‘science fiction’ I don’t mean a futuristic story created for entertainment, I mean something that is fictitious, i.e., actually false. A lot of things accepted and reported as science today are not real, and some things routinely rejected by mainstream science actually are true. If you don’t believe this could be the case, just look at the history of science. It is not uncommon for a hypothesis once accepted as fact because it was consistent with the mainstream view, to turn out to be untrue; and it is not uncommon for some things rejected because they were not consistent with the mainstream view, to be proved to be true. There are ample instances of both of both types of turnarounds, but I’ll mention only a couple of each that are of major significance.

For many years, most people, including some early scientists, believed the earth was flat. The idea that the earth could be something like a ball spinning in empty space was, to them, obvious nonsense. Then, when the earth was considered to be the center of the universe, the astronomer Claudius Ptolemy worked out a system of cycles and epicycles that appeared to adequately explain the erratic behavior of the known planets. Both of these scientific ideas proved to be false, because they were based on false assumptions.

The text from a physical geology course I took in the early 1960s identified the continental drift theory proposed by a meteorologist named Alfred Wegener in 1915, as pseudoscience, i.e., an idea that had been thoroughly discredited by geologists. But just a few years later, the same idea that mainstream geologists had called a ‘crack-pot’ theory, proved to be true, and was renamed plate tectonics. Even Einstein’s 1905 idea that the measurement of space and time in one inertial reference frame from another moving reference frame varies according to relative velocity was considered by most mainstream physicists to be “utter nonsense” until it was proved to be true by empirical data.

What’s the point? The point is that science is never complete. It moves forward on theories and testable hypotheses. and thus is never completely correct nor completely wrong. Science is always a work in progress. The problem is that when a mainstream scientist says something, the media presents it as if it is prima facie truth, even though it may be based on unproven concepts, and the public gets the impression that everything about science as we know it is solid fact. Nothing could be further from the truth. Many things believed by mainstream scientists right now will prove to be incorrect.

I will list just a few scientific theories in vogue today that are false. They are literally science fictions.

The Big-Bang Theory
The 13.8 billion-year finite age of the universe
The 4.5 billion-year age of the Earth
The current civilization is the most advanced ever to exist on this planet.

My reasons for declaring that these theories are in fact false, stem from the discovery that current conventional beliefs about the nature of matter, energy, space, and time are flawed. This is revealed by the application of the primary calculus, the Calculus of Distinctions, to mass, energy and spacetime at the quantum scale, and by empirical evidence from quantum mechanics. Dr. Vernon Neppe and I have written about this in detail in a number of publications, and I have posted a number of essays about it in this blog site, so I will only summarize some of the reasons here, and note that they are in agreement with the historical resolution of the EPR paradox by Bell’s inequality and meticulous experimental data that show that matter, energy, space, and time are not what we think they are.

All four of the mainstream ideas listed above are fatally flawed because they are based on the erroneous idea that space and time form a uniform, passive background within which everything happens. Once you realize, as Albert Einstein did, that space and time have no existence of their own, and that observation and measurement of space-time dimensions are not uniform throughout the universe, but vary depending on relative mass and motion, the four ideas above fall like a house of cards.

There is ample evidence that 1) the big bang never happened; 2) the universe has always existed and will always exist in some form; 3) the Earth is much older than 4.5 billion years; and 4) civilization as an expression of the mental virtue of consciousness, has far exceeded its current level many times in the past. This evidence is all around us in many forms, and has been presented in a number of publications by Neppe and Close. I will summarize some of the evidence in my next post.