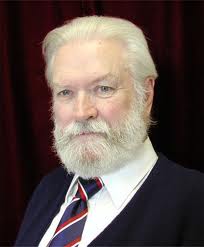 ON THE VALUE OF FREEDOM OF THOUGHT
I value freedom of thought above and beyond everything else. I am neither a republican nor a democrat. I am not a joiner by nature; I resist being a “card-carrying” anything, and I try my very best to be objective with regard to beliefs and causes touted by others. I detest politics, but when I am forced to take the time to analyze religious and political ideas, I find them almost always based in beliefs that are contrary to any definable reality and lacking in logic. I try, however, not to judge the person or persons pushing religious or political agendas, because they may be sincere, regardless of how misguided their ideas may be. I think it is important to remain independent of labels and categories, because identification with a group or a philosophy robs one of freedom of thought.

It appears to me that the history of the United States of America is littered with a plethora of self-serving political opportunists, with a paltry few enlightened beings capable of improving and uplifting the generally desperate human condition. Once in a great while, a run-of-the-mill politician may accidentally do some good, but that’s not a sufficient reason to support them. I agree with an elderly lady, who when asked by Jonny Carson, who she was going to vote for, said “Oh, I never vote; it only encourages them!” Elections in the US for years now, and still today, are most often determined by disinformation spread by intellectually dishonest political operatives spending staggering sums of money. More than 90 years ago, Mark Twain observed that, in the USA “There is no native criminal class except Congress.”

Why do some people decide to become political activists and/or politicians? Most will say it’s because they want to make a difference in the world, to improve the lot of some, or all people. But their hypocrisy is often revealed by the chaos in their own lives. How can you hope to improve the world, if your own life is a mess? Jesus is reported in Matthew 7:5 to have said: “Hypocrite, cast out first the beam out of thine own eye, and then thou shalt see clearly to cast out the mote out of thy brother's eye.” Improving the world starts with first improving yourself. It is all too easy to blame your ills on someone or something else, and fall into the self-serving bubble of false security of the status quo. This is what has happened with congress.

It seems to me that congress is a prime example of the blind leading the blind. During my lifetime, congress has devolved from potential leaders, to a group of befuddled muddlers who consume huge amounts of taxpayers’ money while doing little or nothing of real value. This inbred inefficiency has allowed the country to slide into the quagmire of self-pity and retrograde socialism. The stated goals of socialism are never evil, but they are seductively alluring. In every case, past and present, socialism has led to more death, destruction and misery than any other form of government known to man. And socialism is to atheistic communism as mildly addictive drugs are to crack cocaine. It always leads to devaluation of the individual and rejection of the spiritual nature of life. In the name of compassion for the down-trodden, it forces everyone to conform to the dictates of government, giving those who run the government absolute power, and absolute power corrupts absolutely.

It is this state of affairs that led to the election of the disrupter named Donald J. Trump. Under the conditions we find ourselves in today, it is only someone who has no allegiance to the established lethargy who can get things done. Whether you love or hate President Trump and what he is doing, he is saving this country, at least for a while, from the kind of decline that destroyed the Holy Roman Empire, and every other civilization on this planet in the last 10,000 years.

If you identify strongly with either the hard right, or the extreme left politically, then, in my opinion, you are not part of the solution, you are part of the problem. If you become a political activist, you have no freedom of thought, and I believe we should value freedom of thought above all else. It is important to remain independent of labels and categories, because personal identification with a political group or philosophy robs us of the freedom to think clearly.