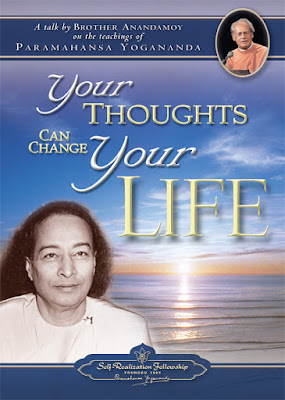 Life is what happens between the two extremely traumatic experiences called birth and death. Because the beginning and eventual end of life are so traumatic, they are all but eliminated from conscious memory. Most of us are programmed by society and by fear to think of one who tries to remember his or her actual birth experience as weird, and anyone who thinks about his or her own death as morose and unnaturally preoccupied with death. But is this aversion to studying and learning about the experiences of birth and death rational? I don’t think so. It is likely that one cannot fully understand what life is, without knowing something about what surrounds it. On a planet that is billions of years old, in a universe that is even older, the duration of one human life is a very, very short experience. Is it really all there is for you?

Why are the first and last steps in the journey of physical life considered to be so unpleasant that to even think about them is to be avoided at all costs? It is because of an unnecessarily emotional attachment to the physical body and identification with the purely physical aspects of being, to the exclusion of everything else. Of course, the physical processes of birth and death are very messy. They often involve intense pain and the unsavory mixing of  blood and feces and other vital bodily fluids in a horrifying manner over which we have no control. In easier phases of life, when we have good health and a clear mind, we tend to maintain a detached position, as uninvolved with the grubby details of physical life as possible. Most of the physical processes of the body, like breathing, blood circulation, digesting of food and elimination of wastes, are carried out automatically. We rarely think about them at all, and then only if absolutely necessary.

During most of our lives, we are creatures of habit, performing most of our daily activities without thinking much about what we are, where we came from and where we are going. We avoid thinking about the physical aspects of the transitional stages at the beginning and ending times of birth and death. At those times we imagine that we must be fighting for life, trying either to get the involuntary processes going or keep them going, struggling with all our strength to get away from pain and the fear of ceasing to exist. But, is this fear based on the reality of the processes involved, or our imagination of what we think they must be like? Is such abject fear warranted? Those who remember going through these processes, almost without exception, say no. Most who report out-of-body experiences (OBEs) like near-death experiences (NDEs), or return- from-death experiences (RFDEs), tell us that leaving the body is actually a relief from anxiety and pain, and sometimes even a euphoric and blissful experience, not a horrible descent into nightmares or nothingness.

These reports of OBEs and NDEs, called psi phenomena by parapsychologists, are considered by most mainstream scientists today to be questionable claims, even though they have been documented and studied by independent researchers in Europe and the US for more than 100 years, and are, and have been accepted as real in many other parts of the world for centuries. In Wikipedia, we find the following definitions are offered:

“Psi is the twenty-third letter of the Greek alphabet, and was probably selected to represent paranormal phenomena as a shortened form of the word psychic. Parapsychology is the study of paranormal and psychic phenomena, including telepathy, precognition, clairvoyance, psychokinesis, NDEs, reincarnation, apparitional experiences, and other paranormal claims. It is identified as pseudoscience by a vast majority of mainstream scientists”.

If you have been reading my posts for the past couple of years, you know that because of my experiences and recent research, I do not share the view of most mainstream scientists. In this post, I’m introducing my own classification of OBEs, for reasons that I will explain below. Also, see my definitions of OBEs and NDEs in the second to last post below on this blog, "DESCRIBING THE TRUE NATURE OF REALITY". In my opinion, all OBEs, if real, are evidence of survival of individual consciousness outside the environment of a physical body, and they are suggestive of the possibility that in some form, every conscious being has already existed before birth, and will continue to exist after death. From reading accounts written by those who have experienced consciousness outside of their physical bodies, and from personal experiences and studies, I think life, and what goes before and after it, are just different experiences of one thing: consciousness. And I agree with Erwin Schӧdinger, who, in his book What is Life? said there is no evidence that the consciousness we experience is plural:

If the core reality of consciousness, devoid of personal and cultural overlays impressed upon it by the experiences of a given life, is eternal, unchangeable and numerically one in all sentient beings, then it is possible that memories of past lives, and perhaps even future lives may be part of the infinite field of consciousness of which the individual awareness of a given conscious being is part. When, under certain circumstances, the mind of an individual is freed from the confines of a physical body and the limited physical senses that are part of the body, it appears that he or she  may have a glimpse, or even a prolonged look at a broader, more complete experience of reality, including birth and death.

In the development and application of the Triadic Dimensional Vortical Paradigm (TDVP), where consciousness, not matter, is held to be primary, we find that the possibility that various documented psi phenomena may be explained as the results of different kinds or degrees of OBE is a viable hypothesis, and looking at extrasensory perception (ESP) as a natural result of certain kinds of OBE leads to the recognition of several possible types of OBEs.

OBEs can be divided into three major categories: partial, complete and transcendental. Partial OBEs can be experienced while awake or asleep, and the appearance and the functioning of the physical body of the individual experiencing the OBE is ostensibly normal. Examples are: remote viewing exercises and involuntary dreams that yield real awareness of information not available to the individual through the physical senses, that is verified by others through normal means. I have personally experienced several partial OBEs with independent verification of specific information obtained during them.

Complete OBEs occur when the individual experiences leaving the body completely, like in cases of severe traumatic injury, or when vital signs fail on the operating table. In complete OBEs, the individual may be pronounced clinically dead, and yet experiences the event from a point outside his or her physical body. Complete OBEs are also called NDEs. I have also experienced this type of OBE and know others who have, including my wife Jacqui, and my friend Alan Hugenot.

In transcendental OBEs, there is no mortal threat or trauma, and the physical body continues to operate normally, but the five physical senses are heightened and accompanied by an extended global awareness that is independent of them. Transcendental OBEs are rare, and if reported at all, are usually considered to be scientifically inexplicable, advanced mystical experiences. In my opinion, they are only scientifically inexplicable if by science, you mean the limited philosophy of physicalism based on the metaphysical belief in materialism.

As noted above, the study of psi phenomena, regardless how stringently controlled and analyzed, are generally considered to be “pseudoscience” by mainstream materialistic scientists. But, with the discovery and proofs of the existence of the third form of reality as part of every atom of the physical universe, the form we call gimmel, without which there would be no life-supporting, stable atomic and molecular structure, mainstream science as it exists now actually becomes pseudoscience, because its practitioners refuse to look at the evidence simply because they don’t believe it can be real. People who reject real data because it doesn’t fit their belief system, are not behaving as scientists. Scientists must be willing to look at the data and follow it wherever it leads, regardless of what their own beliefs are about the nature of reality.

The time has come for mainstream scientists to look beyond their belief in materialism, because there is indisputable experimental evidence and proof that a vast part of reality is nonphysical.