THE RAZOR'S EDGE: ACTION OR REACTION

THE RAZOR’S EDGE:
EVALUATION OR JUDGEMENT? ACTION OR REACTION?

It is common these days to hear people absolutely blasting those with opposing political views, accusing them of dark motives and calling them derogatory names. Both sides are doing it.

A word of caution: Be very careful. There’s a subtle difference between logical evaluation and judgement, and while you may think you are evaluating an issue, it’s easy to slip over the edge into judgement of other people, in which case you risk becoming subject to judgement yourself. One way to check this tendency is to ask yourself: Am I acting or reacting?

Action is a positive response to something or someone you oppose, while reaction is always negative, leading to further divisions and alienation. So, if you are offended by something someone says or does, take a deep breath and instead of calling that person names and hurling insults, present your opposing view in positive terms. You’ll be surprised how often the other person will back down, and at least partially agree with you. It is better to agree to disagree than to build walls of insults that divide you forever from someone who has a different opinion.

Your view of the world is strongly affected by your  world view, which is based on your personal belief system, which may be partially right and partially wrong. There is nothing wrong with reality. Reality functions according to the logic of the Laws of Nature. If you are religious, know that even though it may sometimes not seem so, God is always in control. So, if the world seems wrong, know that it is your attitude that needs to change, not the world. You can do only very little to change the way others think, while you do have a lot of leeway to change the way you think of others.

Evaluate controversial issues carefully, but do not judge others if they see things differently. If necessary, take positive action to express your view, but do not react in anger and condemn others. If you do so, then you are most probably part of the problem. 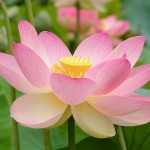