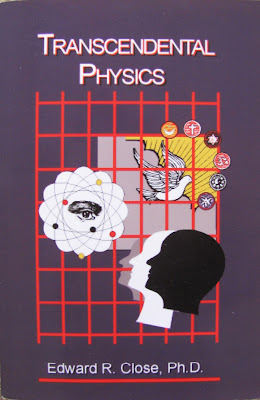 I’ve mentioned in my blog posts that more than 200 scientists worldwide have reviewed the Triadic Dimensional Vortical Paradigm (TDVP), by Dr. Neppe and myself, and other writings by one or both of us. Because negative comments always seem to get the most attention, sometimes it seems that we are always having to defend our ideas from attacks by materialists and atheistic scientists. But a number of peer-reviewers, including scientists and philosophers, some of whom are highly regarded worldwide, have commented favorably and even endorsed TDVP in superlative terms. So I thought I would post some positive comments by some of these important scientists who have reviewed our work to put the negative comments into proper context.

Dr. Larry Dossey has published a completely unsolicited paper on the importance of TDVP as he sees it. Here are some key statements from Dr. Dossey, published in the journal Explore: The Journal of Science and Healing.  To download the article go to: (http://dx.doi.org/10.1016/j.explore.2017.04.001)

“… At this precarious stage of our existence, humanity has never needed a paradigm shift such as TDVP more than now. … Enter Neppe and Close…TDVP stands supreme among the many contributions to science in general. … I resonate especially with the consciousness-related implications of TDVP…In their TDVP and the concept of STC — ‘Space-Time-Consciousness’ — immortality for some aspect of consciousness is a key implication. This feature arises not through the revelations of religion, but through mathematical and empirical rigor.
This is an enormous contribution whose significance may surpass, even the profound implications of TDVP for cosmology and physics, in general. …Neppe and Close have reversed the dismal conclusions of materialistic science toward consciousness, and have made the concept of immortality and the survival of bodily death scientifically respectable. …The main contribution of Neppe and Close has been made, the deed is done. This may make all the difference in humanity’s psychospiritual equipoise.
…It is difficult to imagine a greater contribution.”

Dr. David Stewart, PhD, DNM. Physicist, Mathematician: “I rank Dr. Edward R. Close and Dr. Vernon M. Neppe as peers of the major authors of modern physics and mathematics. I equate them with greats, such as Planck, Einstein, … Newton…. Their work has clarified, and extended the science and mathematics that these geniuses originated …I foresee the day when they will both be awarded other honors, such as a Nobel Prize in Physics and (equivalent in) Mathematics.”

Dr. Joyce Hawkes PhD, FAAAS, biophysicist: “…any one of these [31] areas, let alone the combination would be a very substantial reason for Drs Neppe and Close to be recipients of major prizes”.

Here are brief comments by seven more scientists in seven different disciplines. The first two are recognized as leading experts in their disciplines in the world and the other five are very prominent scientists:

Stan Krippner PhD Transpersonal Pscycology: [Reality Begins with Consciousness is] “destined to become a classic in the literature on shifting paradigms and worldviews”

Dean Radin, PhD, Chief Scientist at IONS: “RBC [is] in a radical multidisciplinary class by itself”

Lance Storm PhD: “a paradigm shift that hails in, if not, beckons for, a kind of scientific overhaul and shift in thinking”

Regarding my earlier book “Transcendental Physics” Here are a few unsolicited comments from readers:

Dr. Philip Petersen, PhD, Astrophysicist “Transcendental Physics is a rare treat… a substantial contribution to the advancement of quantum interpretation.”

Dr. David Stewart, PhD, DNM, Geophysicist, Author, Reccognized worldwide Expert in alternative Medicine “Science was confined in a self-imposed cage with the majority of the universe on the outside. Ed Close has broken the bars and forged a key link in the chain of advancement of mankind for the ages. This book should be read by everyone who seeks the truth... It could change your entire outlook of life forever, and change it for the better.”

Joseph Slabaugh, BSc “I bought Dr. Close's book Transcendental Physics and reviewed the proof of the existence of the original quantum receptor, which is a work a genius.”

Frank Jusczcyzk, University Professor and Author “I met Dr. Close and his wife recently at an Academy for Spiritual and Consciousness Studies conference held in Scottsdale, Arizona. Dr. Close was presenting a lecture on transcendental physics… I was impressed by the thoroughness and abundant detail he was able to communicate in a limited time. I subsequently bought his book, Transcendental Physics, and read it with great enjoyment… I feel that Dr. Close's book should be made required reading in our public educational system from the secondary level on…

“What I like most about Dr. Close's approach is his determination not to equivocate or temporize about what he is saying. Not beholden to outside influences such as career advancement, celebrity, or the prospect of gaining lavish research grants, Close flatly endorses the existence of a non-physical universe that has always existed and which is given localized reality by our individual, feed-back loop consciousnesses. He specifically supports the findings of the Double-Slit Experiment, the Copenhagen Interpretation, the Many-Worlds Interpretation, and the evidence for a non-local reality... most sources were not willing to go as far as what seemed to me to be the inevitable implications of what quantum physics was revealing. Dr. Close, in effect, says, ‘This is how I see it in its entirety, and the rest of you mealy-mouths can go take a flying leap.’ Refreshing.”

Milton Grasle, Author “It's refreshing to read something where the author is committed to the truth. Many scientists, or most scientists, are so bound up with an extremely narrow view of the scientific method that they never consider anything outside of that realm. I'm not saying that Ed Close doesn't follow the scientific method when analyzing his subject. He does that, but he also is open-minded enough to go a step farther and ask some very important and hard questions about the true nature of reality. This book is worth reading.”

Robert T. Krone, Scientist, Composer, and Polymath Dr. Ed Close: Paradigm Shifter Extraordinaire "In his blockbuster book, 'Transcendental Physics,' Dr. Ed Close shines the Light of Truth… Dr. Close exhibits that he is, indisputably, the new heavyweight champion of the world of physics and the noetic sciences. Dr. Close is truly a logistician's logistician, a mathematician's mathematician, a physicist's physicist, a scientist's scientist, and a polymath's polymath. His four decades of thought and meditation have been carefully distilled and …have culminated in a masterful work, 'Transcendental Physics,' that will cause Dr. Close to go down in history as… one of the truly Great Thinkers of All Time, a Scientific Paradigm Shifter alongside the likes of Sir Isaac Newton and Dr. Albert Einstein."

Anonymous Amazon Customer “This was one of my all-time favorite books,... The topic - the link between matter and consciousness - is intrinsically fascinating, and any attempt to explain it represents an ambitious undertaking which the author handles quite well. Although I'm not an expert in quantum physics I do have some background, and found this book persuasive and fun to read.”

You'll notice that several of the quotes even say that our work is worthy of the Nobel Prize. That's nice to hear. But, in fact, we have both, together and seperately already recieved several awards. Together, e.g., we have received an international award for excellence in education and the coveted Harding Award from the International Society for Philosophical Enquiry (ISPE) for exceptional service in the advancement of science and knowledge.

Transcendental Physics is available on Amazon.com, Barnes and Noble and other book handlers nation wide. Reality Begins with Consciousness is available as an e-book on www.BrainVoyage.com.