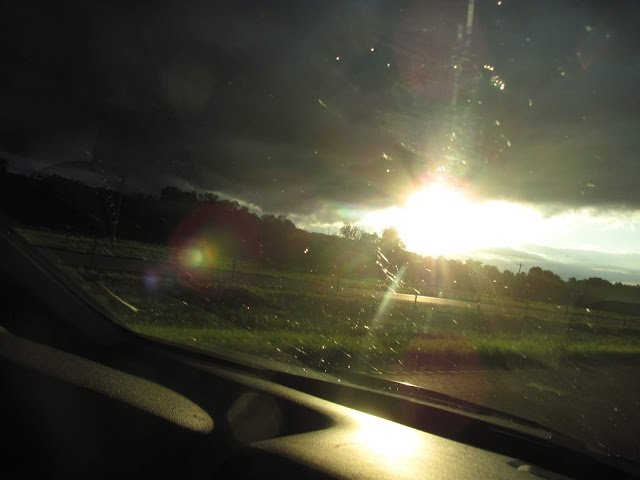 Dr. Harley Rutledge was of the opinion that physics is a calling, and that having the ability to be successful in the field of physics is a gift. Most people who call themselves physicists would probably agree with him, at least in principle. Most successful physicists have above-average intelligence and a special type of analytical mind. So, most physicists are intelligent, but not all physicists are geniuses, and not all geniuses are physicists. As someone with a score on standardized IQ tests significantly higher than Stephen Hawking’s 155, I am of the opinion that anyone with an average, or above-average IQ can be successful in almost any field they may choose, because IQ scores are not actually as important as inspiration, dedication, and application. In fact, the most successful people are more likely to be normal, well-adjusted people than people with IQs in the 150 to 200 (standard deviation =15). People with super high IQs are often mal-adjusted misfits.

Once someone who was a vocal critic of Transcendental Physics, TDVP, and of me personally, said: “You may have been a physicist, but you no longer are one!” It wasn’t meant as a compliment, of course, but I actually agreed with him. Not for the reasons he was saying it, but because I choose not to identify myself with the limited point of view of a physicist. In my opinion, someone who believes that everything can be explained in terms of physical mechanisms and calls attempts to apply the scientific method to the non-physical aspects of reality “pseudoscience”, doesn’t understand what science is.

Scientific truth is a moving target. It is a mistake to set arbitrary boundaries for science based on metaphysical beliefs and a priori assumptions. The most revered theories and basic axioms of science should always be open to question, examination, and alteration, or even replacement, if new observations warrant it. If non-physical phenomena are observed, and falsifiable hypotheses can be formed regarding their nature, then they are legitimate subjects of scientific investigation.

Mathematical physics was my first academic love, but becoming a physicist was never the end game, it was just one step, an important one, I think, in what I see as an on-going process of education and natural consciousness expansion. Even before I discovered the coincidence of the logical structures of mind and matter, and the primacy of consciousness, as described in the last installment, I had reason to believe that the nature of reality is such that everything that exists obeys laws that are either absolute and unchanging, or that change so slowly relative to the span of human history, that they can be considered to be constant in practical application. Science would be much more difficult, if not impossible, if this were not true.

Physical phenomena are easy to investigate because they obey relatively simple mechanistic laws of cause and effect, most of which were discovered by people who applied their average, or above average, intelligence a few hundred years ago. Non-physical phenomena, on the other hand, are more subtle. That does not mean that they are any less real. In fact, people who have gone very far to investigate and experience the non-physical directly, have pretty much unanimously reported that it is more real than the physical.

We know that physical phenomena exist. And some of us know that non-physical phenomena exist too. Some people apply the term “supernatural” to the non-physical. I suggest that we should not do that. Here’s why: There is ample proof that there are physical and non-physical phenomena, and they are both natural. Along with the term supernatural, we also need to reject the term “pseudoscience.” A scientific hypothesis can be found to be either true or false, but there is no such thing as false science any more than a child is a false human being. A hypothesis that is proved to be false is not pseudoscience, it’s simply a theory that turns out to be incorrect, a model that does not coincide with reality. The terms “Supernatural” and “pseudoscience” are terms that people who either cannot, or do not want to think for themselves use to describe things they don’t understand. These terms are products of unjustified belief, not logical thought, or scientific investigation. When we realize that reality is simply that which exists, we understand that the value of existence is truth and concepts that do not coincide with anything that exists in reality are false.

Let’s revisit phenomena that might be called borderline, something that may be physical, nonphysical, or a combination of both. Such phenomena may exist in the realm of NDEs, OBEs, and perhaps even ghosts: verifiable, but very subtle. Such phenomena have definite measurable impacts on physical reality. In Operation Identification, Dr. Harley Rutledge concluded that the UFOs he investigated and documented in Southeast Missouri from1973 until he passed away June 5, 2006, impacted physical reality in a very subtle and unusual way. During my visit with him in 1982, he indicated that after the observation posts were set up on Pyle’s Mountain near Piedmont and sightings were happening every night, the UFOs started following him around, showing up everywhere he went. It was as if the intelligence behind the strange lights was saying: “If you spy on us, we will spy on you!”

Dr. Rutledge talked about the impact of these phenomena on his life in Chapter 19 of his book, titled: A Very Subtle Phenomenon. The chapter begins as follows: “Unbiased, disinterested physical scientists usually measure the properties of inanimate matter. Biological, medical, and behavioral scientists, on the other hand, study intelligences less than or equal to their own. In this project we dealt with an intelligence equal to or greater than that of man. We interacted with the phenomena under study.” – Shades of quantum physics! - As the number of sightings increased and the data piled up in the form of recordings, pictures, calculations, and event timeline determinations, Dr. Rutledge began to suspect that the intelligence behind the phenomena was toying with him, and that some of the sightings were staged in response to his actions and the activities of the team of investigators. He cited several events that suggested this.

After recording hundreds of sightings over a five-year period, most of them at night, a sighting in broad daylight of a dull grey bullet-shaped object, over 200 feet long, flying low over the Mississippi River about two miles from his home in Cape Girardeau, was the event that prompted Dr. Rutledge to say: “Tuesday, June 19, (1978) was one of those I’ll never forget.” After watching the object long enough to work out a way to estimate its size and velocity, he looked down for a second to reach for his binoculars, and when he looked up, the object was gone. But he had no doubt about what he had seen. “Any lingering doubt I had about the existence of UFOs had vanished with the object.”

Project Identification was a success from the stand point that it had convinced a skeptical physicist and a number of his colleagues that UFOs are real. But, like many scientific investigations, it raised more questions than it answered. It is clear from what Dr. Rutledge shared with me during our visit in 1982, and what he had written in the Final Report, that he had concluded that there was no doubt that the UFO activity he observed was directed by an intelligence. But who, or what, was the source of that intelligence?

I was not aware of the true scope of Project Identification until I read Chapter 18: Project Summary: A Final Report. It turns out that Project Identification was a much larger and more significant study than the original plan set up on Pyle’s Mountain near Piedmont. When the book Project Identification was published in 1981, it contained information collected over the seven-year period from1973 to1980. A total of 158 viewing stations were set up and the skies over southeast Missouri were watched for a grand total of 427 hours. But that was just the beginning as far as Dr. Harley Rutledge was concerned. In the last paragraph of the book, he said:

UFOs will come back to southeast Missouri again… I plan to be ready with more sophisticated instrumentation, adequate facilities, and sufficient technical help. If we are to learn their secrets, they must be studied scientifically …when most of the world’s inhabitants accept the reality of UFOs, then we will meet them face to face. And we will know their mission.

At the end of Chapter 19, Dr. Rutledge speculated:

I suspect that UFOs actually dart about in daylight at speeds at which they cannot be seen. I base this on a few cases of reflected sunlight and the circumstances of the disc that hovered within viewing range of my office. Possibly a great deal of UFO activity is subliminal – which, if true, could have serious ramifications.

In future installments, I plan to share information from some of my experiences with UFOs and other “borderline phenomena”, including the NDEs in the Great Pyramid, and discuss how TDVP and the quantum calculus of dimensional distinctions (CoDD) provide a deeper understanding of reality that can lead to practical methods of conscious expansion.