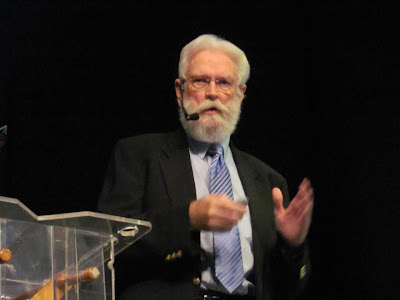 Most of the time, I don’t know exactly what I am going to write until I sit down to write it. Often, after a good night’s sleep, I wake with an outline, some very specific thoughts, or even a paragraph or two in mind. This morning is no different. Where do these thoughts, words, and phrases come from? Let’s talk a little bit about how consciousness functions. I’ve hinted at it in previous posts, but maybe I can articulate it a little better today. Your awareness and mine exist on the borderline, a threshold of many facets, where the infinitely continuous and the finitely quantized, the non-physical spiritual and the physically embodied aspects of reality meet.

There’s only one consciousness. Many bodies and many objects, but only one consciousness. Here’s the paradox: At the deepest level of reality, the One and the many are the same. On the surface of reality, they appear to be separate, but it’s an illusion. As your consciousness expands, over millennia, you gradually become aware, growing from a meager flickering spark of waking consciousness, barely aware that you exist, eventually to know that everything around you is part of you, and that you are a part of everything around you.

Dr Harley Rutledge, and perhaps a few members of his team working on Project Identification, mentioned in the last two posts, were interacting with the consciousness of everything around them. That’s why the more involved in trying to identify the UFOs’ structures, movements, intent, etc., Dr. Rutledge became, the more the UFOs responded to him. This is a difficult thing for a physicist to deal with. Perhaps when my friend and one-time mentor, Dr. Harley Rutledge left his physical form in 2006, his consciousness was expanded to the point where he now knows that consciousness exists in every atom of the universe. I hope so.

But what does that have to do with today? More than you might think, of course. To explain, I will have to tell you about some of my activities over the past two days, March 10 and 11, 2022. On Thursday, March 10, I left home about 9:30 am, to drive to Cape Girardeau Missouri on a short business trip. Yes, that’s the same town where Dr. Rutledge, Chairman of the Physics Department of Southeast Missouri State University launched Project Identification in 1973. It’s a distance of about 160 miles by the shortest route. I took that shortest route, which is also a scenic route, winding through some of the most remote parts of the Missouri Ozarks, in order to visit with a cousin and her husband who were living in a town right on that route.

There’s not much traffic on this particular route, especially on a week day, but about half-way through the winding two-lane asphalt state highway, in the Mark Twain National Forest, I came upon a flagman and a couple of cars waiting for guided passage around something up ahead. It turned out to be a huge crane, planted on the right-hand lane of a sharp curve, reaching down into a deep ravine to retrieve something. I couldn’t see down into the ravine to see what was being lifted out, and I just drove on, thankful that the short delay didn’t impact my schedule much.

On the way to my cousin’s house, I passed through the St. Francois Mountains, less than one-fourth mile from the spot in the valley where I was born. I mention this because this was a trip that awakened memories in more ways than one. I have several cousins still living in that area, but I had never met this cousin. Her grandmother and my grandmother were sisters, but she is a number of years younger than me, and my parents and I left the valley when I was twelve years old, several years before this cousin was born. We discovered each other ‘accidently’ through Ancestry.com when independently, we were learning about our family DNA.

After a very good visit with my cousin and her husband, reminiscing and talking about a lot of things, I drove on to Cape Girardeau, where I had four business appointments the next day. Needless to say, it was a busy day, hastened by the weather forecast. A late Spring storm, not unusual in the Ozarks, was on it’s way, with up to three inches of snow. In the late afternoon, I sent a text home saying that I might stop and spend the night in a motel somewhere, if the storm got too bad.

I took a different route home, knowing that the hills and curves of the highway I had travelled the day before would be very treacherous with even a light snowfall. The alternate route was a little longer, but with fewer hills and curves, and it was a US four-lane divided highway almost all the way home. The trip went well until I after had passed the last town of any size with motels. Then, just south of Piedmont, - yes, the same Piedmont that was the location of Project Identification more than forty years ago - the storm hit me.

Conditions went from overcast to foggy, to white-out, in just a few minutes. When I couldn’t see the other cars on the road, and I could just barely see the edge of the highway, I had a quick mental flash of the huge crane I had seen the day before, hauling something up out of that deep ravine. I knew there was one more truck stop on the road I was on, and then steeper hills and hollows until I reached Van Buren, in the deep valley of the Current River. I knew that truck stop was my last chance.

I managed to slide into the driveway and get up the hill to the gas pumps. I topped my gas tank, and went into the store to get warm, as the snow was falling at an alarming rate. There was no motel there, and only the truck stop employees, and a few other travelers like me, who were happy to get in out of the storm. I didn’t talk to anyone except the cashier when I paid for the gas, and when I got back to the car, I asked the consciousness, which I know surrounds me: “Should I go back to the last motel, more than 20 miles away to spend the night? Or go on?” When I drove down the hill, I automatically turned right back onto the highway, toward home, still about eighty miles away.

Before I reached the Current River, the snow had stopped, the pavement was dry, and it was smooth sailing the rest of the way home. The last 20 miles into the remote area where I live could have been treacherous, if there was snow cover, but the roads were clear and only a light dusting of white adorned the grass and leaves when I got home. I arrived home tired and hungry, but happy to be home, and thankful for the Spirit that guides and protects me!

This short story of guidance and protection might be trivial by itself, but it is one more example of the many times that I have been aware of the protection and guidance I have been blessed to receive throughout my life. There has been least a dozen more, some involving the likelihood of immanent death and destruction, far more threatening than this. I have written about some of them, and the danger and guidance in this case was minor by comparison.

Examples of past events during which I was protected include being struck by lightning, surviving a direct hit by a quarter-mile-wide tornado, a couple of major earthquakes, two hurricanes, being on a commercial transatlantic flight with a bomb on board, and several other major brushes with death. Of course, many of these would not have happened had I not been willing to take some pretty significant risks. And here we have another chicken-or-egg puzzle, or maybe even a paradox: Have I had these experiences because I am a risk-taker, or have I taken a lot of risks because I know I have been protected? The truth is: both are right.

Let me bring the events and ideas presented in these posts together here in this way: Application of the TDVP with its quantum calculations is ultimately of great use and practicality because of what it reveals. It reveals a physical universe that is part of a much larger reality whose purpose is to provide a stable, protected environment for infinitely continuous consciousness to experience itself through the individual manifestation, growth, and expansion of mental, physical, and spiritual virtue. Because we are eternal beings who are capable of becoming images of the intelligence from which all things emerge, we have a limited amount of free will to choose that will slowly increase as our consciousness grows and expands. With that free will we can speed this process up, cause it to stagnate, or slow it down. But, most importantly, we can develop a direct personal relationship with the highest form of divine individualized consciousness that reveals itself to us.