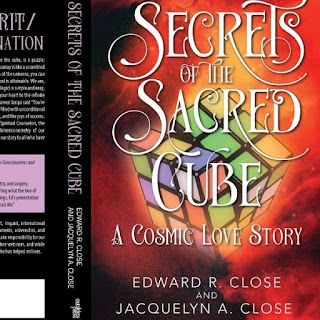 My last blogpost was entitled “Messages from Reality”. The main point of the post was to say that your life, your personal reality, whether it consists predominantly of the fulfillment of hopes and dreams, or failures and disappointments, is the result of your day-to-day interaction with the world of human drama that has been going on for centuries within the space-time structure of the eternally expanding universe. That on-going world of human drama, with all of its joys and sorrows, treasures and rewards, dangers, and discomforts, may be happy and uplifting one day, and distressing and depressing the next, but, make no mistake about it, you, yourself have played the major role in making your life what it is. Your actions in the past are the cause of your present experience of life, and your actions in the present are the cause of your future state of being. You are the architect of the fate of your soul.

Sometimes, you might believe that you are an innocent victim of cruel, random circumstances, but there is no such thing as an innocent human being. The Apostle Paul spoke about this in the first century AD, when he said: “For all have sinned and come short of the glory of God…” - Romans 3:21-23. “All have sinned …”  What about an infant who dies a horrible death? What about those who suffer and/or die as unavoidable collateral damage from war or other violence, in which they are not active participants? Why are some people born into poverty, disease, and depravity, while others are born into lives of health, wealth, and happiness?  The answer to questions like these is the very best kept secret of the world of human travail; but the answer is obvious once you see it: We are immortal spiritual beings who evolve spiritually over long periods of time with a modicum of free will.

Do you imagine that you were created out of nothing just a few years ago, when your mother gave birth to you? If so, then you might also imagine that you will just cease to exist when your body is no longer able to function. But that would be a miracle of the first order, since it would violate every bit of empirical evidence attesting to the general truth of the conservation of everything that exists in some form. You may ask: if consciousness is immortal, then why do most of us not consciously remember everything we have experienced in the past? The blocking of the memories of birth and death, and other traumatic experiences is simply a forgetfulness of convenience. Your subconscious mind has devised a way for your ego to protect itself from being confronted with the painful memories of past horrific experiences and regrettable actions that would overwhelm.

To resolve this paradox, we must discover the hidden history of the endless cycles of planetary time. The timeless Masters of Spiritual Consciousness have preserved the truth about the relative cycles of planetary time for us through the darkest ages of this planet and have revealed it to those who have ears to hear and eyes to see; and now science is beginning once again to uncover the subtle clues hinting at the true nature of reality, as the average mental virtue slowly increases. We, you and I, dear reader, are living in a time when science and spirituality are beginning to converge again. A wonderful time to be alive!

Humanity as a whole, however, is still a long way from the optimum point of physical, mental, and spiritual enlightenment, and the road ahead is not easy. The evil side of duality does not give up easily. Jesus underlined this sad, unfortunate truth of his time and ours, when, in the Sermon on the Mount, he advised us:

Another way of saying this is: Worrying about what might happen tomorrow is a waste of time. Not only that, wasting your valuable time and attention by thinking about an evil that you believe is likely to happen based on the facts at hand, will make it even more likely to happen, because the evil of the world is like the consciousness of a vicious animal, it senses your fear as weakness and is emboldened to attack. Focusing on the potential for good, on the other hand, however remote it may seem, repels the forces of evil. We also find this theme in the book of Job:

“For the thing which I greatly feared is come upon me, and that which I was afraid of is come unto me.” Job 3:25

Evil and suffering are things we must deal with as part of the dualistic reality of human experience on this planet in order to grow spiritually, and the story of Job is a stark example of how we are tested by it. In this story, Job represents human consciousness, the concept of God represents the ultimately good purpose of reality, and the fallen angel Satan represents the evil that can befall us. Even though Job cursed the day he was born, when good allowed evil to bring pain and suffering into his life, he would not denounce the ultimate good purpose of life, and because of that, in the end, he was blessed. The moral of the story is: No matter how horrible the pain and suffering that you must endure in this life may be, never lose sight of the ultimate good and the unfathomably wonderful purpose and goal of existence and your life.

The nature of reality in this elementary school we call life on Earth, is a repetitive pattern of suffering in spacetime that seems endless. The good news is that things are slowly improving, and the fact that there is a way to transcend the patterns of planetary time all together, through the expansion of consciousness by intent, is even better news. Understanding this will help us to see the value of persevering through the pain and suffering of physical life, as Job did. To this end, a brief review of the ancient concept of planetary time cycles should be helpful.

The illusion that the progression of time is linear is an illusion of locality. It is created by the fact that the average human lifetime, whether one month, or one hundred years, is very short relative to the slow spiral of planetary time within galactic time. Like the illusion of locality of the flat earth, it is dispelled only by an expansion of consciousness, and the average awareness of human consciousness rises and falls in cycles of 24,000 years: 12,000 rising, and 12,000 falling. We are presently still 10,477 years from the next peak of human virtue, and only 1,523 years past the last lowest point in this cycle. For more detail concerning the determination of the world’s position in the cycles of planetary time, see The Holy Science, written by Sri Yukteswar Giri in 1894. The Eighth edition of this book (1990) is available from Self-Realization Fellowship. Also see Secrets of the Sacred Cube, A Cosmic Love Story, Part X, Cycles of Consciousness and Time, pages 364 – 382, Close, E.R. and J.A., 2019.

Fleeting glimpses of memories of past lives, future lives, and between lives, seen in dreams, meditation, and prayer, are products of consciousness expansion, and the increasing number of reports of near-death out-of-body experiences, heralds the beginning of the awakening of humanity to the larger reality within which the physical universe exists. And finally, the discovery of gimmel, the non-physical part of reality in the scientific framework of the TDVP quantum mathematical model, presages the expansion of science beyond the dead end of the mis-guided doctrine of materialism.