THE WAY OUT OF THE CRISIS OF BELIEF 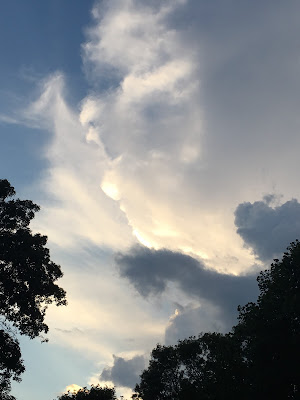 
Is it any wonder that we are in moral crisis now, when for many years, mainstream scientists in our major universities have been professing atheism and teaching their students that being an atheist is a necessary part of being a scientist? Presenting themselves as the voice of reason, and authorities on everything, they are priests of a new religion, rapidly replacing traditional faiths with the dead-end belief in scientific materialism. In their tunnel vision, a predictable result of academic specialization, they have lost touch with the infinite and divine potential of human consciousness.

When people accept the theory of absolute materialism as the truth, and they begin to believe that their bodies are nothing more than organic machines, their brains nothing more than warm, wet computers, then they will believe that when the electro-chemical synapses in the brain go out, nothing is left. This impoverished theory of reality is an intellectual trap that robs the believer of hope. Why strive for excellence, love and compassion, if in the end, it means nothing? If leading mainstream scientists are telling us that the more they know about reality, the more meaningless it becomes, then why be concerned with anything other than getting your piece of the reality pie while you can, without regard for anyone else or the future, a future of which you will have no knowledge because you will be gone as if you never existed?

Following are some excerpts from the manuscript of my new “Cube Book”:

The discovery and proof of the existence of gimmel eliminates materialism as a viable basis for science, philosophy and human understanding in general. Spiritual evolution is the driving force behind the universe, not some random meaningless explosion, the conclusion of reductionist materialistic science. Reality does not exist and cannot exist without consciousness.

The question of whether reality has existed, or can exist, without consciousness, sounds like a question that science should be able to answer, but, in a logically structured reality, it is in fact, an utterly meaningless question. It certainly is not a scientific question, because a scientific hypothesis must be a question that is testable. Science, as it currently exists, like a half- awakened  giant, presupposes the existence of consciousness in the form of conscious beings, thinkers and observers who can play the parts of all sorts of characters in this on-going drama, developing hypotheses about reality. But, no hypothesis is possible without conscious thought, and no hypothesis can be tested without a conscious observer. Thus, the question of whether the universe could exist without consciousness is a truly nonsensical question, because a universe without an observer cannot be observed.

Theory and Belief Versus Knowledge
Many people approach life haphazardly, as if there were no universal laws, no meaning, no purpose, making random choices without thinking much about goals or consequences. With this approach to life, the road to final enlightenment is long and uncertain. So, how are we to proceed? Institutionalized religions offer ways that require little or no thinking. Just accept the doctrine and follow the rules, which they may claim were laid down hundreds or thousands of years ago by an enlightened being. But, the teachings of enlightened beings are often distorted by lesser beings who fail to understand, or even worse, who choose to use religious doctrine to gain power and control over people and nations. In such cases, religion becomes a form of political machination and the true spiritual nature of religious practice is lost.

Materialism is based on the belief that reality is nothing more than matter and energy interacting and evolving in space and time, that we are nothing more than an accidental combination of debris flying away from a big bang explosion. But, this does not meet the criteria of a scientific hypothesis. Materialism is not science. By rejecting religion entirely, materialists have thrown the baby out with the bath water. They have thrown Jesus, Buddha, and all enlightened beings out with the organized institutions that have distorted their teachings! Eager to purge their model of reality of false doctrines, they have thrown the truth out with the dross.

So, if the dogma of religious institutions are false, and mainstream science is unscientific, where do we turn for answers? There are an astounding number of people out there in the world today who style themselves as “life coaches” or experts of some sort, who believe it is their mission to enlighten you with their clever advice, for which they believe you will pay a lot of your hard-earned cash. Avoid most of these people; especially if you can see that their personal lives do not reflect alignment and harmony with natural law.

Real science must include all real experience, and the experience of spiritual reality, which makes up about 95% of all reality, cannot be excluded. By putting consciousness into the equations of science, we proved the necessary existence of consciousness in every quark, elementary particle and atom of the universe. This brings science out of the dark age of materialism at last, and changes everything!"