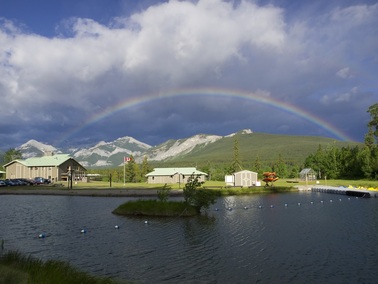 WHAT IS LIFE?
The physicist likes physics, first and foremost because it is simple, mathematical, and free of unpredictable human emotion and imagination. It allows the physicist to achieve a finite form of omniscience without the unmanageable concepts of divinity and infinity. It allows one to be a prophet, superior perhaps even to the prophets of religious tradition, because, when given specific measurements and observations in the present, the physicist can determine exactly, within measurement error, and close enough for practical purposes, the state of a given physical system at any given time in the future, thus predicting the future in a very real and reliable way! But anyone, even the most brilliant physicist, who wants to know the true nature of reality, will eventually come up against the effects of consciousness upon the physical system being studied, and will have to ask the daunting question: What is consciousness, and why does consciousness have a real impact in the physical universe?; in short; What is life?

QUANTUM PHYSICS AND LIFE
I am certainly not the first person trained in the disciplines of mathematics and physics to ask: “What is Life? And how do conscious living beings fit into the physical universe?” One of the pioneers of quantum physics, Erwin Schrӧdinger, addressed these very same questions in a series of lectures he gave at the Dublin Institute for Advanced Studies in Ireland, after fleeing Europe to escape Nazi persecution in 1943. His essay “What is Life?” published in 1944, was based on the Dublin lectures, and a little book by the same name, which also includes an essay on “Mind and Matter” and some autobiographical sketches, is a good place to start. I would like to start with some observations similar to Schrödinger’s, and then go beyond them. But you may ask what do I have to offer that was not considered by Schrӧdinger, obviously a genius of the first order? In a word: “Gimmel”, the third form of reality, which we have discovered existing in the heart of matter in addition to mass and energy.

What do quantum physics, elementary particles, and TRUE units of gimmel have to do with consciousness and life? If you have read many of my posts dealing with these subjects, you already know part of the answer to this question. I agree with Max Planck, quoted in the last post: “I regard Consciousness as fundamental. I regard matter as derivative from Consciousness.” The research carried out by Neppe, Close and others strongly suggest that this is true. But, more than that, the calculus of distinctions mathematics of Close and Neppe’s TDVP, opens the door to a new understanding of the intimate relationship of quantum physics and consciousness.

THE RELATIONSHIP BETWEEN ATOMIC STATISTICS AND PHYSICAL LAWS
Erwin Schrӧdinger points out that if physical objects are made up of aggregates of smaller objects, molecules, atoms, etc., as they appear to be, then “physical laws rest on atomic statistics and are therefore only approximate”. In other words, the predictable changes in the state of physical objects result from the way all the many particles and forces of material reality interact on the average. This is a rational conclusion in a world limited to the interaction of matter and energy in space and time. But Erwin Schrӧdinger didn’t know about gimmel. As we explore the larger reality, not limited to the purely physical, with consciousness recognized as a fundamental aspect of reality rather than an emergent property of matter, the picture changes radically: Statistical analysis returns to its rightful role as a method for arriving at probable conclusions when a significant portion reality is unknown.

Schrӧdinger continues with a brilliant analysis showing how the discovery of the quantized nature of reality, and quantum physics in general changes many things in other scientific disciplines, like cosmology, chemistry and biology. He shows how Darwin’s theory of evolution must be revised based on the findings of quantum physics. Change can no longer be considered to be continuous and infinitesimally incremental, strictly following the rule of the survival of the fittest. It is minutely discrete and subject to occasional quantum leaps.

In these posts, I will show how, by going back to the ultimate quantum unit, the TRUE unit, and proceeding forward to the macro world, live organisms, the planet, solar systems, and far-flung galaxies, we can, analogous to the way Schrӧdinger proceeded from compound quantum particles to physical laws and science in general, see how science is radically changed by the discovery of gimmel and TRUE analysis.

We have seen how application of the nine-dimensional TDVP model and TRUE analysis to particle physics and the Periodic Table of Elements answers many questions unanswered by the current scientific paradigm (why quarks combine in threes, Fermion spin, the Cabibbo angle, super symmetry, the abundance of life-supporting elements, etc., etc., in future posts we will address important questions like: How does the discovery of gimmel change chemistry, biology and other sciences? What is the difference between living and dead organisms? Where does consciousness go when an organism transitions from living to dead? And more.
Posted by Edward R. Close at 12:57 PM