EVIDENCE OF A NATIVE AMERICAN VILLAGE


An Assessment of The Golden Hills Indian Village
by Edward R. Close 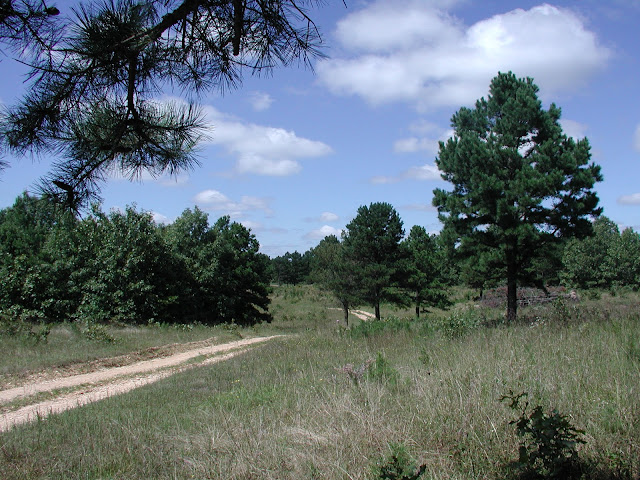 A cluster of small mounds, located in a secluded spot in the southwestern part of the Golden Hills Trail Ride acreage, is somewhat unusual for this part of Missouri because most Native American Village sites in the area either did not include mounds, or if they did, the mounds have been obliterated by farming or other human activities. I first became aware of this site in 1951 0r ’52 while hiking across a rugged wooded area near Pond Springs branch, tributary to Big Creek and the Current River in the beautiful Missouri Ozarks. I was looking for caves to explore, and I occasionally came across evidence of abandoned Native American villages or camp sites. Artifacts like spearheads, arrowheads, pot shards, flint knives and other evidence of the Native American past were sometimes exposed along streams in this area by erosion after heavy rains. But this site was not near an obvious water source, and it was in an out-of-the-way, wooded area so you would not find it unless you literally stumbled upon the mounds. I noticed a small groundwater seep covered in leaves just outside the cluster of mounds that may have been a flowing spring in the past, before settlers began digging wells on farms and residences on the higher ground to the west.

This site was probably occupied by a small Native American group (estimated to be about 25 to 50 people), most likely families of the Piankeshaw Tribe, from around 1837 until about 1855 or 1860. While a positive identification of the tribe that built the mounds and an accurate determination of the dates of their occupation are not possible without a detailed archeological investigation, these estimates are based on written accounts found in historical records in South Central and Southeast Missouri. My reasons for believing that it was the Piankeshaw that lived there during these approximate dates, are outlined below.

The dominate indigenous people of Southern Missouri and Northern Arkansas when the European settlers arrived, were the Osage, the largest tribe of the Southern Sioux. But their villages were typically located along major streams, were much larger, and when they built mounds they tended to be elongated because they lived in lodges, not wigwams or teepees. They may have had hunting camps in this area, where they would have built smaller shelters, but typically, the temporary shelters of hunting camps were not built on mounds. The time and effort it took to build mounds was expended where occupation was intended to be year-round, not seasonal, as in the case of hunting camps. So, for these reasons, I believe it is very unlikely that this was an Osage site.

Indigenous tribes east and southeast of this area, the Illini, Quapaw and Chickasaw, most likely could not have built this village, because the Osage were fierce defenders of their hunting territory until they were forced to move west by European settlers. This area would have been even less accessible to the indigenous Missouria, Ioway and the Oto tribes who lived farther away north and northwest of the Osage territory. It is therefore very likely that this site was built by a non-indigenous group of native Americans who had been forced out of their native lands farther east by European settlers in the late 1700’s or early 1800’s.

Tribes known to have moved into the Missouri Ozarks in the late 1700’s and early 1800’s, hoping to settle there, at least temporarily, were the Miami, Shawnee, Cherokee, Delaware, Kickapoo, Sac and Fox. A temporary Shawnee village was known to still exist as late as the early 1900’s a few miles southwest of this site, on Big Creek above the Route 17 bridge. But the Shawnee and Delaware, who were related Algonquian speaking tribes, built long houses unlike the dwellings indicated by the size, shape and grouping of the mounds at the Golden Hills site. Because of this, and the probable time frame of the sites, it is unlikely that the two sites are related, and so, it was probably not the Shawnee or Delaware who built these mounds.

The Cherokee trail of tears in 1838 split into two branches about 100 miles east of Texas County, one group going northwest through the Salem Missouri area, the other going south into Arkansas. For this reason, and because the location, type of mounds and size of the Golden Hills site are not consistent with the temporary encampments of the forced march of the Cherokee, it is unlikely that the site was built by the Cherokee.

The site layout is not unlike that of the small villages of the Kickapoo, Sac and Fox, but I can find no evidence that these tribes ever built villages this far south in Missouri, or anywhere in Osage territory. This leaves the Miami. And we do have records of small bands of Piankeshaw, a branch of the Miami Nation, moving from Indiana and Ohio into southeastern Missouri around 1800. Like the Kickapoo, Delaware, Sac and Fox, they were Algonquian-speaking natives and they built small villages in secluded locations that would match the physical characteristics of the Golden Hills site.

They built dome-shaped wigwams by burying the larger end of flexible poles in the ground, around a 10 to 15 ft. diameter circular mound, bending the upper ends of the poles over to meet above the center of the mound, and covering them with animal skins, grass mats and bark. Inside, the ground was covered with grass mats on top of evergreen boughs, except for a rock-lined fireplace in the center. The entry door would be covered with an animal skin flap, and a hole would be left at the highest point of the structure to allow smoke from a cooking and/or heating fire to escape.

As the Osage were being pushed westward, and other tribes from farther east were being forced to move by the pressures of the European settlers, dwindling groups of the Piankeshaw sought out sheltered areas in Southeast Missouri. From about 1805, a Piankeshaw village was known to be located in what is now known as Arcadia Valley. Taum Sauk Mountain, the highest elevation in the state, just west of Arcadia Valley, is named after the Piankeshaw chief who lived there. But, in 1836, high-grade iron ore was discovered in hills around the valley, and European immigrants from Germany, Ireland, and Eastern Europe poured into the valley to work in the mines. The Piankeshaw, who had sided with the British in the Revolutionary war, moved on west.

From all the historical records that I’m aware of, and the circumstantial evidence presented above, it is my opinion that the mounds at the Golden Hills site were probably built by the Piankeshaw as one of their last efforts to find a safe haven, away from routes travelled by the European intruders. They would have arrived at this sheltered location, now part of the Golden Hills Ranch, around 1837, and may have remained there until after the Piankeshaw treaty with the US Government in 1854. Eventually, the Piankeshaw, along with the illini, Wea and Kaskaskia, remnants of the Algonquian-language-speaking Miami tribes, merged with the Peoria, a larger Miami tribe, in Oklahoma. Present-day descendants of the Piankeshaw are part of the Native American culture in and around Miami Oklahoma.