SOME THOUGHTS ON THE ANNIVERSARY OF 9-11 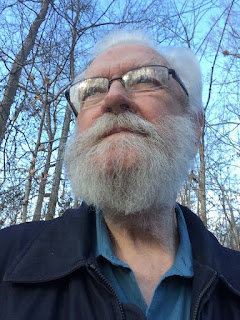 SOME THOUGHTS ON THE ANNIVERSARY OF 9-11
As you know, if you follow my postings, I believe that science and spirituality are not mutually exclusive. In fact, I believe they must work together. Science without spirituality is lame, like an automobile without an engine. Spirituality without science is blind, like someone imagining walking on streets of gold while wading into a swamp filled with snakes and alligators.

A well-respected spiritual teacher has said: “There is only one mind.” A well-respected scientist has said the same thing: “there is no evidence that consciousness is plural.” I agree with them. The scientific data and mathematics of TDVP actually prove it. With this in mind, imagine that you were an employee of a company located in the North Tower of the World Trade Center in New York City, September 11, 2001.

You had braved New York’s subway system to get downtown, emerged in a beautiful sunny morning, swiftly ascended many floors in one of the Tower’s efficient elevators, and arrived at your office with a cup of Starbuck’s coffee in one hand, your briefcase in the other. It was at 8:45 am. Your mind began the switch from the thoughts of your private life, your spouse and children, hopes and aspirations, to the memos on your desk, your list of things to do for the day, and the staff meeting scheduled for nine o’clock.

Suddenly, all hell broke loose: There was a deafening roar, something ripped through the wall just above your head, and, in a second that seemed stretched out to eternity, you were thrown across the room, slamming into the wall behind your desk. Another blast deafened you, and you were blinded as smoke and flames shot into the room. This blast pushed your body into the corner behind your desk, and blew the desk out through the window, leaving a gaping hole in the wall seventy-nine stories above the streets below. Barely conscious, you smelled burning jet fuel, and felt a searing heat. Staggering to your feet, you knew that you had to get away from the white-hot flames, or be burned alive. Instinctively, you stepped back away from the heat. But as the heat seemed to fade away, you realized that you were falling … falling to your death on the concrete a thousand feet below.

Mohammed Atta was born into a well-educated, affluent family in Kafr el-Sheikh, east of Alexandria in Egypt. A good student, he studied engineering and architecture in Cairo and city planning in Germany. An observant Sunni Muslim, he attended mosque regularly in Cairo and Germany, and went on Hadj (the Muslim’s devout pilgrimage to Mecca) in 1995. He was a good Muslim. But he saw western architecture as gross and ugly compared to the graceful arabesque domes, spires and minarets of the Arab world. He heard America described as “The Great Satan” every day in the mosques he attended. Eventually, he came to believe in jihad, which radical Muslims interpret as the “Holy War”.

I lived and worked in the Middle East for several years, I worked with Muslims, including Saudis, Palestinians, Jordanians and Egyptians. Because one can best understand a culture by studying its language and religion, I made an effort to learn Arabic, and I also started reading the Qur-ận (usually misspelled and mispronounced “Koran” by English speakers) the day I arrived in Jiddah, Saudi Arabia. I was surprised to find that the Arabic language is easy to learn.  It was surprising because I had been told that Arabic is very difficult. This idea appears to come mostly from the unfamiliar complexity of the different forms and styles of Arabic characters and the fact that Arabic is written right to left, opposite to most Indo-European languages. But because Arabic, like most pure languages, is phonetic, it is easy to learn to read.
For a very short course in Arabic, let’s look at three important words: Allah, Islam, and jihad. The root words of the Abrahamic or Semitic languages like Arabic and Hebrew, are formed by three consonants. These three words, e.g., are each formed by three consonants in specific sequences: ALH, SLM, and JHD. Vowels and punctuation are added to produce other words nuanced from the tri-consonant roots. The word Allah simply means God, or “the one God”. The word Islam comes from the root of the Arabic word “salaam” which simply means “peace".  A closely related word, "aslama", means "to surrender" or "submit". So the word Islam means peace attained by complete submission to the will of God. This is why Muslims refer to Islam as the religion of peace. Incidentally, I have met devout Muslims who literally exude an aura of peace. So how could a practice intended to bring peace lead to something like the horror of 9-11? To answer that, we need to look at the third word: jihad.
Islam means the way to peace. Jihad, on the other hand, is the opposite of peace. The literal meaning of jihad is similar to the meaning of the English words to strive or struggle. In the verses of the Qur-ận, jihad variably refers to both inner and outer struggles related to promoting Islam for the triumph of good over evil. During his lifetime, the Prophet Mohammed referred to outer conflicts to protect and promote Islam as the minor jihad, and the inner struggle to be a good Muslim as the major jihad.
Now, to understand, but certainly not to justify or condone, 9-11, you also need to know that the Qur-ận teaches, and most Muslims believe, that God has spoken to Abraham, Moses, Jesus and Mohammed in the past, but His communications to Mohammed, the latest in this line of Holy Prophets, supersedes all earlier messages, and numerous passages in the Qur-ận declare that Islam is to become the dominant religion of the world, and the basis for world government. The word of God delivered by the Prophet Mohammed also declares that it is the duty of every Muslim to do everything in their power to bring that about. This clear scriptural injunction is the radical Jihadist’s (Religious Warriors/Islamic Terrorists) misguided excuse for committing horrible inhuman acts like 9-11.
Today’s devout Muslims correctly point out that Islam is not the only religion to use the idea of Holy War to promote violence against other organized religions and political regimes. In fact, Holy Wars have a long, well-documented history in the Abrahamic religions, not just in Islam, but in Christianity and Judaism as well. Radical Jihadists further specifically justify acts of terror against Western Civilization because it has become more and more irreligious and immoral in recent years, with the US earning the label “the Great Satan”. Every day I spent in Arab countries, I heard this repeated countless times on Aljazeera, the state-supported Arab TV, and in cartoons and editorials in Arab and English-language newspapers. There is a deep-seated conviction in the Muslim Culture that the West, and North America in particular, is the Sodom and Gomorrah of today’s world. And Hollywood, television and mainstream scientists professing atheism give them plenty of highly visible evidence to support this view of Western Civilization.
One final point: Radical Islam is similar in many ways to any radical political movement, because in both cases, the ends are believed to justify the means. The assumption that the outcome of a theoretically morally superior civilization for  the greater good of all, is believed to be sufficient justification for enforcing a radical system, religious or secular, on the masses by any means necessary, even if those means include deception, distortion and violence.
Of course, none of this justifies what happened on 9-11, or any of the increasing number of murders of innocent people happening across the civilized world today. But I’m hoping it may help you to understand how it can happen.


Unthinkable violence committed by misguided human beings against other human beings in the name of religious and/or political ideology is not new on this planet. The root of radical Islamic terrorism is the same evil that motivated ordinary human beings to commit unthinkable atrocities in Russia as Revolutionary Communists, in Germany as National Socialists (Nazis), in China as Maoists, etc.
The slippery slope to inhuman atrocities begins with condemnation of those who don’t believe and think as you do. It starts with categorizing those who don’t agree with you as bigots and homophobes. It is only a short slide from there to the mob mentality that eventually allows ordinary human beings to commit heinous acts of violence against other human beings. Think about it. Pray that we can evolve spiritually beyond the adolescent practices of name calling and rock throwing soon.
Edward R. Close 9-11-2016
Posted by Edward R. Close at 8:32 AM