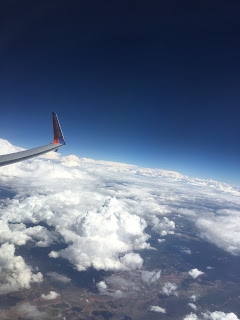 NINE: THE SHAPE OF REALITY

Reality has a shape. What is it? Our senses do not ordinarily reveal it to us. Our senses are focused very pointedly on the immediate local domain of our physical bodies. This is necessary for our individual survival, and the survival of our species. But our mental and spiritual consciousness is broader, and indeed capable of expanding our awareness beyond the temporarily narrow focus of the five physical senses. The narrow survival focus of our senses leads us to incorrect conclusions about the nature of reality. For example, the surface of a body of water appears to be flat, until we expand the scope of our awareness beyond the immediate locality. If we rise far enough above the surface of our world, we can see islands or ships that were hidden from our view by the curvature of the planet. Long before we reach the moon, it becomes obvious that the Earth, appearing locally flat, is a beautiful, marbled in blue and white, oblate spheroid, dynamically suspended in a surrounding regional volume of the gravitational field of our solar system, and our galaxy beyond that. - Perhaps Ernst Mach was right!

If Ernst Mach was right, the dynamic stability of our world is actually going to be more and more explainable in an increasingly broader perspective of the interaction of all things existing in the universe. TDVP research strongly suggest that this is the case. For example, the rapidly spinning resistance to linear motion observed in the study of elementary objects is a natural response to the multi-dimensional  expansion of the universe. Just like the localized focus of our physical senses hides the curvature of the surface of the Earth, it also hides the existence of hyper-dimensional domains. In these posts, I am attempting to explain, in plain English, how we know that dimensional domains with more than the four dimensions that are obvious to our localized sensual perceptions actually exist, and even how we can not only know that they exist, but also begin to understand how we can experience them directly.

At this point in this series of posts, I want to take a moment to look back and make sure that I am still on track with the original plan and purpose of the series. I think of this series as a new approach because, after about 45 years - including joining forces with Dr. Vernon Neppe, MD, PhD for the last twelve years - trying to get the attention of the scientific community to introduce a new way of thinking, with very modest results, I felt it was time to let science continue on its way as it will, and work on explaining the new paradigm in a way that the average citizen of the world can understand, and hopefully find useful. I also want to thank those who are following the series and respond to some important feedback I have received.

Central to the new paradigm that Dr. Neppe and I developed, the Triadic Dimensional Vortical Paradigm (TDVP), is a form of primary mathematical reasoning that I call the Calculus of Dimensional Distinctions (CoDD). The result is a change in thinking to a new, consciousness-based, post-materialist mode of analysis. In a comment on the last post, one of my most trusted and respected readers in Europe pointed out that to members of the general audience that I am trying to reach, the intelligently interested public, the acronyms TDVP and CoDD are still abstract “black boxes” with little or no meaning. While there are fairly detailed explanations of these terms elsewhere, I cannot expect the reader to search for them, likely loosing the thread of the post in the process.

My first reaction was: Surely anyone who had read the previous seven posts in this series would have an adequate idea of what these acronyms mean or would have gathered their meaning from context. Then I realized that I was making one of the most basic errors commonly made by many of the less-than-professional math instructors I derided in the third paragraph of the previous post (Part 8), I was assuming too much. Thus, in this post, I am providing the following explanations of these acronyms for some more rational clarification in this series of posts.

Sometime between 2008 and 2010, Dr. Vernon Neppe and I decided to use this label to represent the combination of our ideas, as we developed a consciousness-based model of reality. At the time, we had not yet demonstrated more than a few of the proofs and validating applications to experimental data resolving real problems and paradoxes that exist in the mainstream standard model. We used these four words to describe our model because they represented what we saw as major patterns of  reality. Let’s look at the meaning of each word:

Dimensional – A basic feature of our experience of reality Recognizing the importance of extending the successful approach of Einstein and Minkowski, Kaluza, Klein, Pauli, and Nordstrom, using four, five, and six dimensions, to the hyper-dimensional domains existing beyond.

Vortical – A common pattern of mass/energy throughout the physical universe, from the rotations of elementary particles, to spiraling nebulae, to the structure of DNA and RNA molecules.

Paradigm – A set of concepts or a way of thinking, in this case it is meant to indicate a general model of reality that includes mathematics, dimensionality, and consciousness as fundamental.

The development of a primary calculus called the calculus of indications by G. Spencer Brown in his ground-breaking book, Laws of Form, was the inspiration for the development of the CoDD. As Brown’s calculus of indications was being adapted for analyses of paradoxes in the physics of the standard model, it became clear that the primary calculus had to be modified to deal with quantum phenomena, and with reality as experienced by sentient beings. Changes in axiomatic structure and mathematical notation were necessary to connect the unitary distinctions of the calculus with the conscious perception and conceptualization of elementary objects.

Calculus – A system of calculation designed for application at the quantum level of reality. The CoDD is a primary calculus consisting of a system of mathematical logic dealing with distinctions drawn by conscious observers.

Dimensional Distinctions – Distinct observable structures existing in reality, that are  measurable in variables of extent as multiples of units of equivalence (See TRUE below).

Traditionally, units of measurement have been arbitrarily chosen for practical purposes with different sets of units defined for various kinds of measurements, requiring rules for converting from one set of units to another. To avoid difficult conversions, there have been attempts to define sets of “natural” units based on universal constants. The best known is Planck units, based on setting the speed of light and four other universal constants equal to one (unity) to simplify calculations in physics. Max Planck developed Planck units when he discovered that energy only occurs in whole-number multiples of a very small, very specific unit, and that there was a mathematic equivalence between energy and mass. Natural units for use in the application of the CoDD to quantized phenomena were developed by setting the basic units of the physical variables of mass, energy, space, and time to unity, rather than the universal constants. This results in a natural set of units similar in some ways to Planck units: Setting the basic units of space and time equal to unity automatically sets the speed of light to one, and mass and energy also have a mathematical equivalence. The resulting quantum equivalence units, based on the mass and volume of the free electron, are the CoDD triadic rotational units of equivalence (TRUE).

Triadic – Used as a descriptor here because the basic defining entity, the electron, is three-dimensional.

Rotational – The mass (resistance to motion) of the electron is created by rotation in three planes.

From the first post of the New Approach series, The Threshold, to the last one posted so far, Dimensions of the known and unknown, my goal has been to explain the results in plain English, to the best of my ability, how the mental images we visualize in our individual consciousness and the mathematical models called the laws of science are both ever-changing approximations of the logical patterns actually existing in reality. The fact that they are ever-changing reflects the fact that reality itself is not static but expanding into infinity. This new approach is not intended to be a “dumbing down” of information, but rather, an explanation in terms available to the average person.

The main point of this post is that reality consists of interacting dynamic sequential dimensional domains, embedded in encompassing domains far beyond the localized 3-space, 1-time domain automatically available to our senses because of their current localized structure, and that both the universe and conscious awareness appears to be expanding. Furthermore, the expansion of awareness can be accelerated, stagnated, or reversed by our own actions.

The results of my research in mathematical physics, in combination with intense experimentation in the laboratory of consciousness, has convinced me that the shape of reality is that of a self-referential bubble of multi-dimensional intra-acting domains of space, time, and consciousness, containing vortices of mass, energy, and consciousness, all suspended in the a-temporal, ex-spatial, infinitely continuous field of Primary Consciousness. The implications of this are enormous, but what it means in respect to the overall shape of reality is that the large-scale structure of reality is always different than localized perceptions of it. Perhaps even the four-dimensional perception of a big bang expanding universe is an illusion caused by our limited view of reality.

Dear reader, you are invited to explore the implications with me, as in future posts, I do my best to explain the complexities of reality as revealed by TDVP investigations into the nature of reality, in plain English, to the best of my ability.