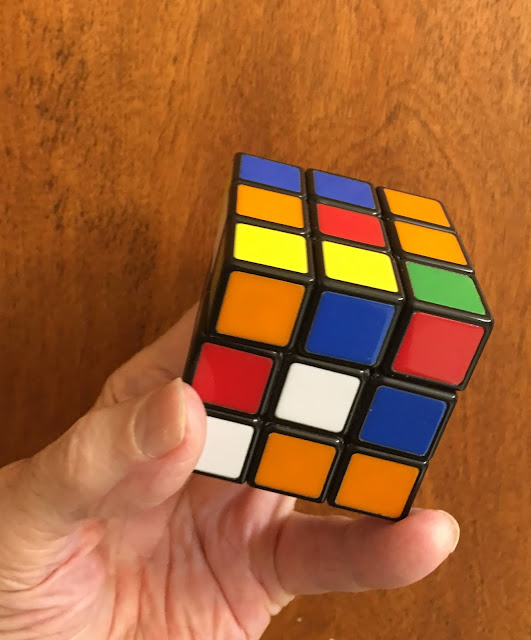 Thoughts on a Sunday Morning

On a beautiful Sunday morning, self-quarantined in my Southern Missouri Ozarks retreat on the edge of the National Scenic Waterways Park, - what used to be known as the Irish Wilderness- I have a lot to be thankful for. I miss my wonderful wife of 43 years, but she worked hard to help me, both before and after she had to leave this world. She has even guided me to the one person who could help me after she left, for the rest of my life! That person just happens to live in Romania. But that’s another story, and I’ve written something about it in ”Secrets of the Sacred Cube, a Cosmic Love Story”, Published in 2019, and in “Survival”, which a publisher has accepted for publication within the next year. So I have a lot to be grateful for! But today, I want to share a realization with those of you who are ready for it.

A few mornings ago, I woke in a strange state of consciousness, It is a hard thing to describe. I woke from a deep sleep with no memory of any dreams, no fading images, nothing. But, different than any morning ever before, there were no memories of the day before, and no projections of the day to come. No tomorrow. Nothing. Just a vast emptiness. Had I died during the night? Even that question did not arise until much later. I was aware of my skin, it was an itchy surface, like the surface of a balloon, stretched over an infinity of hollow nothingness. No matter where I searched inside that itchy skin for myself, I found nothing. Later, I realized it was the Void that Buddhist adepts talk about.

One of my Rubik’s cubes was on the bed. It was scrambled. I picked it up, thinking that this vacant bit of nothing that was now me, would be unable to solve it. How could I, with no memory, solve a scrambled Rubik’s cube? But  I solved it quickly, without even thinking about it!  Surprised, I re-scrambled it, switched on the timer on my iPhone, and solved it again. 20 seconds! A new record for me! How was that possible? How could a complete emptiness solve a Rubik’s cube???! Was I really awake, or was I dreaming, or had I actually died during the night? Needless to say, the day that followed was an interesting one.

Fast forward to today. After I had my second coffee I had a wonderful communication with my helpmate in Romania, via texting. Then, relaxing, unexpectedly, I fell into a short nap.  The realization I want to share came at the end of the nap. It has to do with the Cube. As those of you who have read it know, Secrets of the Sacred Cube is, in part about lessons learned from the “Magic Cube” (That’s what Erno’ Rubik called it at first.) This is a further revelation of how the cube mirrors life.

The picture above is of a scrambled cube. It is well scrambled. Aside from the six center pieces, around which the other pieces move, and which never move relative to each other, only one single piece is where it’s supposed to be! There are two, quite different ways to solve this scrambled cube: One way, the way that only took me 20 seconds that other morning, is to reverse all of the moves that resulted in getting a chromatically aligned (solved) cube to that scrambled configuration. It’s like what cosmologists do when they try to mathematically rewind the expanding universe back to the big bang. The second way is to apply the algorithms I explained in the book, algorithms that will solve any scrambled cube, regardless of how it was scrambled.

Now, here’s the realization: the first way is like the un-raveling of all of your past karma, retracing your soul’s journey back to the Original Source. The second way is like applying spiritual concentrations, visualizations, and religious rituals, that gradually raise your spiritual vibration, and eventually get you re-aligned with the Source, like a chromatically aligned cube. The first is fast (like the 20-second solution) if you can do it, but for most of us, it is virtually impossible to remember all of the acts that got us to where we are today. Who can remember all of the actions of a single lifetime, let alone those of multiple lives? It is only after you have used spiritual techniques (algorithms) for several lifetimes, that you begin to remember all of your past actions. This is why, at this time of low overall spiritual virtue on this planet, most of us have to go  the second route, in hopes of progressing to a better opportunity in the next life, while a rare few will attain ascension to Cosmic Consciousness in this lifetime.

Finally, let’s tie this back to the Void: When you have silenced the verbal chatter in your head, repented back to your heart, opened the inner door to the world of Spirit, and experienced the Void, all things are possible! All problems are solved, and all paradoxes are resolved in the Ultimate Paradox: The Void that is the Source of all things, the ALL and the Nothing. This is why one can act appropriately from the Void. The answer is there in the Infinite, call it God, Nature, or whatever fits for you. No word can describe the Infinite Intelligence behind all things. When you are conscious of the fact that your ego simply does not exist, you can become like a hollow tube, a flute through which the Infinite can play the song of life. You are not ego-attached to the results of what happens. You are then able to act according to God’s will, not react according to ego attachments.

A few years ago, a Nobel Prize physicist reviewing a bit of one of my mathematical proofs, said: “Reading your stuff is like reading the writings of a magician!” He didn’t mean it as a compliment, quite the opposite. He went on to say: “You seem to see some deep meaning behind every equation. But mathematics is not like that!”

Yes, it is! Everything we experience in this life is symbolic, and behind every symbol is a deeper reality. I did not reply that way at the time, but now I would say: Maybe it’s not that way for you, but it is for me! And I’m sorry for you, and the many scientists who feel that way, because you are missing most of Reality!