ORDER FROM CHAOS
What is the difference between order and chaos? Nothing more or less than your perspective or point of view! Let me offer an analogy to help you to understand why this is true: Think of Reality as a book. A book written by an Intelligence far beyond the intelligence of any conscious being in the current world of humanity today. To that Super Intelligence, Reality is simple. To a lesser intelligence, it is an enigma. To an almost total lack of intelligence, as is the average, or prevailing state of conscious beings today, it is chaos. For the average person alive today, most of Reality is hidden. It is like trying to grasp the meaning, the story line, or plot of the book from a single sentence ripped from a page somewhere in the middle of the book! The limitations on our perception and understanding are so severe that the average person alive today is only aware of a very tiny, distorted fraction of Reality, and beings with a broader view of Reality are very, very rare. How could this be? Why is there such a range of awareness stretching from nearly inert, to the awareness of an Einstein, or even a Buddha or a Christ, a fully enlightened being? It is simply an indication of where we are in the cycles of time.

The Cycles Of Time
Contrary to what mainstream science would have you believe, life on this planet is nowhere near the peak of intellectual development and awareness that it has ever seen, even during the past 100,000 years. In fact, we are barely past the low point! This occurred about 500 AD. See the diagram of the 12,000-year cycles of time below.

This diagram, depicting the cyclic nature of time, shows that the “mental virtue” was more highly developed from about 11,500 BC until about 1000 BC, than it is at present. If true, this explains why there are artifacts like Gӧbekli Tepe, the Giza Pyramids and Stonehenge that are difficult to explain today, even with current technology. One site that doesn’t fit this scenario is Puma Punku in Bolivia, and that fact has given rise to the theory that the stone artifacts there were constructed by space aliens! However, the date of construction given in most references is based on the carbon dating of organic materials in the mound underlying the intricately carved andesite and sandstone artifacts. Since the source of the red sandstone and andesite artifacts is about 90 to 100 km distant from Puma Punku, they could have been moved from an earlier construction site. This is what I suspect may have happened.

It is certainly possible that our planet may have been visited by space aliens, but do any such sites prove visitation from extraterrestrial civilizations, as claimed by some theorists? No. In fact, inhabitants of Planet Earth whether indigenous or not, were more highly advanced in the past than now, according to many ancient cultures. The cyclic nature of time, based on interpretations of Ancient Earth science, is  explained in the book The Holy Science, by Swami Sri Yukteswar Giri, the Guru of Paramahansa Yogananda 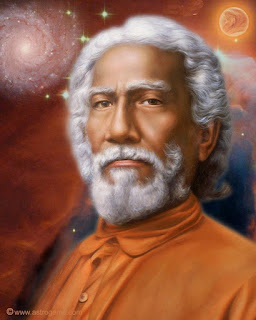