A RATIONAL APPROACH TO THE BORDER DISPUTE 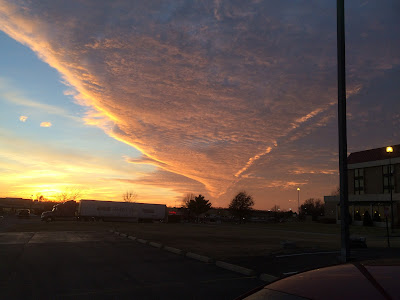 AS everyone knows, we currently have a stand-off between the executive and legislative branches of our government over border security. This schism is reflected in the same split of opinions in the general citizenry of the country as well. We hear heated discussions on TV and radio talk shows, and on line, with both sides calling the other side names and declaring their arguments disingenuous. Both sides have access to the same facts, and most people on both sides say they want a “comprehensive” solution to the problem. So, why can’t they agree on a course of action that will resolve the problem? Especially when innocent people are being seriously harmed as long as no action is taken. How is it that intelligent people can disagree so completely about something about which the facts are readily available?
The purpose of this post is NOT to try to convince you that one side is right and the other wrong. What I want to do is explore the anatomy of seemingly unresolvable arguments objectively, and use the current acrimonious stand-off as an example.
First, we must recognize that most of those framing the arguments in this case are politicians, and about 50% of all US politicians are lawyers. Why is this important? Because it is simply the modus operandi of politicians to always interpret facts to their advantage, and lawyers are trained in law school to represent the best interests of their clients, regardless of the facts. Both of these approaches lead to a tendency to depreciate the value of truth and facts in favor of biased interpretations that lead to vested-interest outcomes. Operating this way on a daily basis leads to the acceptance of an irrational belief system that holds that facts are just data to be interpreted, and “truth is what you make it”.

When people with this irrational mindset say that they are just trying to get to the truth at the bottom of the issue, they are lying, not just to the other side, but even to themselves. They are not interested in truth, reality or facts, they are only interested in the specific outcomes they and those they represent prefer. Unfortunately, this is the mindset of most politicians, lawyers, and many ordinary American citizens today. When people on both sides of a dispute have this irrational mindset, they become adamant about wanting to achieve completely different, incompatible outcomes, and neither side will accept a compromise, because the elements of their arguments are incommensurable, and you have a stand-off.

Let’s look at the concept of incommensurability. What do we mean when we say two things are incommensurable? Here’s the dictionary definition:

(ˌɪnkəˈmɛnʃərəbəl)
adj
1. incapable of being judged, measured, or considered comparatively
2. (followed by: with) not in accordance; incommensurate
3. (Mathematics)
a. (of two numbers) having an irrational ratio
b. not measurable in the same units
c. unrelated to another measurement by integral multiples

I submit to you that incommensurability is an outcome of inaccurate and imprecise human thinking, not something that actually exists in the real world. Mathematical incommensurability, e.g., does not exist in a quantized reality, and our reality is quantized. Any two facts or truths, i.e., things that actually exist, can be related unambiguously if emotion-based actions are not allowed.

So the solution to a stand-off like the one we have now over border security is simple. This does not mean that it is easy. It will be very difficult, not because of incommensurable facts, but because it requires that the participants forget about their desired outcomes and look at the facts without emotional attachments to specific spins and interpretations. This will be difficult for most people, and some, with the irrational mindset described above, may even be psychologically incapable of doing it.

The rational approach would be to start with two or more facts that both sides have to accept as indisputable. There will always be at least two. Then determine how these facts, truths or realities are factually related to each other. This analysis can be expanded until all relevant facts, effective actions, and real outcomes are identified. If the analysis is thorough and deep enough, all relevant facts, relationships, actions, and outcomes can be discovered and articulated. If all relevant facts, actions and outcomes are correctly identified, they will not be incommensurate. Paradoxes borne of incommensurable concepts exist in human thought, but incommensurable facts do not exist in reality.
Reality is self-referential and internally consistent. If it were not, there could be no laws of science; chaos would be prevalent and there would be no stable life-supporting universe.

The final steps of the rational solution are to identify the actions that can be implemented and evaluate or rank their outcomes in terms of effects in the real world, and then to implement the actions that lead to the best results. Do I think this rational approach would be effective in the border security dispute? Yes, definitely. Will it be applied? Probably not, because, as I said above, it is difficult for most people, and especially politicians, to drop their vested interests in specific outcomes, and that causes them to ignore or misinterpret the facts.
Posted by Edward R. Close at 3:38 PM