THE INEVITABILITY OF A MAJOR SHIFT IN HUMAN THOUGHT 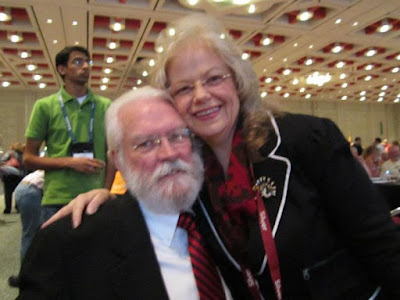 THE SHIFT TO A CONSCIOUSNESS PARADIGM
I am truly blessed to have a wonderful wife who believes in me, who, amazingly, reads everything I write, and does not hesitate to criticize it. This is a blessing because she is very intelligent, even though not formally trained in mathematics and physics. Because of this, she always has a wonderful insight into what intelligent non-scientist readers may think of a post or article. When she tells me there is a problem, I listen, and if I can’t convince her she’s wrong, I try to make the appropriate changes and the post or article is always improved.

She said my last post about science and pseudoscience sounded like a complaint, like “sour grapes” because the consciousness-based paradigm shift Dr. Vernon Neppe and I are putting forth has not been unanimously accepted with open arms by mainstream science. That really wasn’t my intent. I thought I was just stating the facts around the difficulties scientists within the academic establishment have when it comes to new ideas outside the prevailing paradigm, and why this strong resistance to such ideas is endemic, and not likely to change very quickly. As Max Planck once said: “Science progresses from funeral to funeral.”

I have no doubt that the basic ideas of TDVP will eventually be accepted and become mainstream science; because they are based on valid experimental data and mathematical theorems that have been proved, and they are further validated by explaining a number of things that cannot explained in the current paradigm. And I believe it is becoming increasingly clear that science must break out of the limitations of the physical senses in four-dimensional space time to advance beyond the dead end of materialism.

Of course, Dr. Neppe and I would enjoy seeing our vision of a consciousness-based paradigm become the accepted science during our lifetimes, but we often joke that we will have to reincarnate 50 or 75 years in the future to see it happen. In the meantime, we are publishing books and papers demonstrating the paradigm shift brought about by putting consciousness into the equations of science, with explanations of deep truths about quantum reality, including the triadic symmetry of quark combinations forming the basic building blocks of reality, intrinsic spin, the origin of mass, dark matter and dark energy, etc. By far the most important discovery of this paradigm shift is the existence of gimmel, the third form of reality, a form that is non-physical, but intrinsically related to space-time, mass and energy in a mathematically definable way.

I am increasingly of the attitude that it doesn’t matter if or when my ideas are accepted. I have done my part in this life by presenting the ideas, and documenting the concepts, explanations and discoveries. It is up to the natural progression of things, God, if you will, what happens next, but as the old saying has it: the truth will out. Vernon and I will continue breaking the new ground of gimmel, with TRUE units and the Calculus of Distinctions, working and writing, because the ground is so fertile. We have new revelations almost daily.

Eventually, the boundaries of the old materialistically biased paradigm will dissolve, leaving as residue the valid findings that are complete within that paradigm, but do not conflict with the new consciousness-based paradigm. Such residue will be absorbed into the new paradigm and real research can then move forward into the vast realm of human experience beyond the tip of the iceberg of reality that we think of as the physical universe.

A point will come in the future, when people will say: How could we ever have imagined that reality could be so limited?  Every truly conscious being knows in the depths of the soul that the physical senses are designed as filters and reduction valves obscuring most of reality. The vast future of consciousness exploration is out there. We have only scratched the surface by putting consciousness into the equations of science! Shake off your slumber, Science, break out of the cage of materialism and explore the real world of spiritual unfoldment, of which the physical universe, vast as it seems, is a mere shadowy reflection.