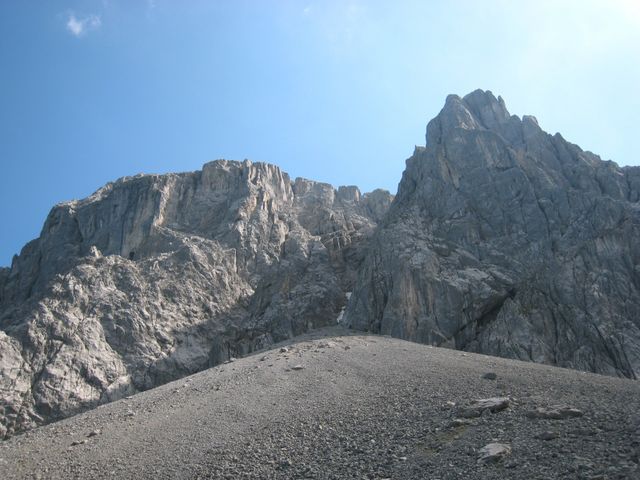 MEMORIES 3RD Installment
Note: If you haven't read the first two installments, you can scroll down to read them.

SACRED RAIN AND A CHASE
©Edward R. Close 2018
I recalled later that we had been told back in Pasadena that we would not be able to leave the camp except to go to Yanbu Al-Bahr or the Sharm on the Company bus, but the allure of the mountains was too great. We packed our provisions and started out. About half way to Yanbu Al-Bahr, a dirt road led off across the desert toward the foothills of the Hejazi Mountains.

In the foothills we found a small village called Yanbu An-Nakhl (I was told it means ‘Spring in the Hills’). The village appeared to me to look just as it must have for thousands of years, consisting of a handful of mud and rock huts built around a small souk (marketplace). There were no modern conveniences like electricity or running water. All the inhabitants were dressed in the typically grey and black robes of the Bedouin, and the women and children peered shyly at us from around corners, disappearing quickly if we glanced toward them. The women were covered from head to toe in black, only their dark eyes showing. The men were less shy, but passed us by completely, to inspect the jeep.
Giorgio wanted to check out the souk.  As we walked away from the Jeep, several young men gathered around it, seemingly fascinated by the machine, touching and examining it, exclaiming their interest in Arabic. Doug and I were concerned about our provisions, cameras and other personal possessions in the Jeep, but Giorgio assured us that nothing would be stolen. The local custom of cutting off the hands of thieves, he said, was strictly enforced. 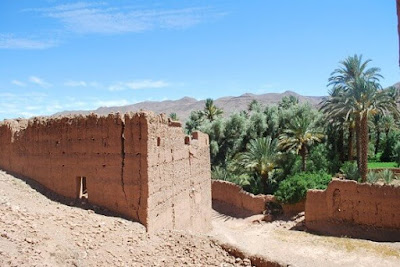 The souk was a dusty affair with carpets, strange vegetables, goat and camel meat, some brass ware, and a few bins of what were to me unknown substances. Giorgio identified them as frankincense resins. He bought a handful for twenty riyals and handed some to us.

“Here, chew on these. They’ll keep your mouth from drying out in the desert air. It’s like chewing gum.”

I looked dubiously at the dark milky-looking substance in my hand. Who knew where it had been? It smelled strange. The old man behind the bin stared at me expectantly. I put it into my mouth and began to chew, and suddenly I felt transported back in time. The modern world I was used to seemed to fade away. I had a strong feeling of deja-vu, and the sounds and sights were no longer so foreign. I began to remember some of the Arabic I had learned:

“Shukran. Shukran jidan, Sidiqi.” (Thank you very much, my friend.) I said. “Afwan!” (Welcome)” The old man replied. That was my introduction to frankincense, on the Frankincense Trail in Saudi Arabia.

Beyond the village of Yanbu Al-Nakhl, we found the ruins of another village, with disintegrating mud buildings and the remnants of a dam. Apparently, the climate had been much more humid here in the past. We turned off the trail and headed up a canyon that appeared to lead directly toward the highest peak that we had chosen as our goal. After a mile or so, the canyon became narrow and boulder strewn. When the terrain became too rugged for the Jeep to negotiate, we climbed out, gathered our provisions into backpacks, and continued on foot.

When we came upon a group of five or six camels in the canyon, I was amazed at their agility as they scaled the steep rocky sides of the canyon like mountain goats to avoid us. As we gained altitude, the canyon narrowed further, into a mere slit carved out by wind and water in dark blue igneous rhyolite. There were bands of white, blue and green quartzite and other interesting minerals. The narrow slit in the mountain wound steeply upward, widening slightly on occasion, with a few shallow pools of water. There were even some tadpoles. “Interesting”, I thought, there must be water here, or at least moisture, year-round. I knew the average annual rainfall in Yanbu was 11 millimeters (less than ½ inch).

Eventually, we came to a point where the narrow opening in the rock was choked with large boulders. It was difficult, but we were able to climb over, around and through them, emerging in a wide field of enormous boulders, lying on a slope about half way up the mountainside. Climbing up and over the enormous boulders and slabs of exfoliated granitic rock for about an hour, we came to a sheer cliff. Sweating and exhausted from our climb, we decided to stop to rest. On a level slab of rock, shaded from the afternoon sun by a jutting portion of the cliff, we established a small campsite. Doug, the exemplary Englishman, had a small canned-heat camp stove and the makings for a pot of tea.

After tea and biscuits, and some oranges, Giorgio and Doug stretched out in the shade to relax. I skirted around the bluff a short distance and found a way to climb up to a higher ledge, where I found a flat spot to sit and meditate. I was surprised to find a few sticks of gnarled wood there, weathered and worn like driftwood, evidence of trees that must have grown nearby in the wetter times of the past.

As I sat to meditate, a few thin clouds moved across the sun. Just after I closed my eyes, I heard a strange whistling sound, and large drops of water began to fall around me. It was only a brief shower, with drops a foot or more apart, but I opened my eyes and marveled at the silvery orbs of water, like silver dollars, spinning in the thin air, causing the melodic whistling sound and splashing softly on the stone around me. After the shower had passed, I looked out toward what I judged to be the southeast and saw several domed roofs and minarets. They seemed to have appeared from the afternoon haze almost magically. I found out later that I was looking down on the Muslim Holy City of Medina (Al-Madinah).

The sun began to dip into the west and we decided to head back down the mountain, in hopes of getting through the boulder field and down the canyon to the Jeep before sundown. We reached the Jeep just as the sun slipped behind the ridge on the west side of the canyon. We were foot weary from our climb and happy to settle into the softer-than-rock seats of the Jeep. Giorgio negotiated the dry stream bed carefully avoiding larger rocks and washed-out drop offs. It looked like we would get back to the road before dark, but as we rounded a corner where the canyon widened and curved toward the west, we were startled by a commotion to our left. A knot of men on horses was racing toward us. They were yelling angrily.  Giorgio put the pedal to the metal and we went bouncing over the uneven terrain, holding on for dear life.

It looked as if the riders were going to cut off our escape down the canyon, so Giorgio swerved the little Jeep to the right and charged up the rocky slope of the now not quite so steep side of the canyon. “This doesn’t look good.” I thought. There was no telling what lay on the other side of the ridge. I said a silent prayer, as we topped the ridge and bounced down the other side. To my relief, the terrain flattened out and became less rocky, sloping down toward a plateau below, with the road in sight. We hit the road in a cloud of dust and soon out-distanced our pursuers.

This experience had a sequel that didn’t happen until some months later, after the dredging of the first portion of the deep-sea port, when the Royal Commission purchased two huge tugboats. A Saudi engineer was giving me a tour of one of them. The control room sat amid ship, about forty feet above the water, with two identical steering and control panels, one facing fore, and one aft. The tug had five screws, mounted in the bottom of the hull, horizontally, that could be tilted to give it extreme maneuverability. The powerful diesel engines could push or pull the largest ocean-going ship or barge. The tugs were very impressive, unlike anything I had ever seen before.

I had noticed the name emblazoned on the bow of the tug we were on. It read “Al-Radhwah. Since I was trying to learn Arabic, I asked the Saudi engineer what it meant.
He turned and pointed to the most prominent mountain east of the camp.

“That’s Jebel Radhwah, the mountain above Medina where Mohammed went to pray,” he informed me. “The tugboat is named after the Holy Mountain.”

It was then I realized that we had been looking down on one of the most Holy Cities of Islam, and It was possible that Mohamed may have sat on the very rock where I meditated. The Hira Cave where he is said to have been visited by the Angel Gabriel and entrusted with the recitations of the verses of the Holy Koran, may have been nearby.

I felt goose bumps, as a chill went up my spine. “Could a foreigner like me go up there?” I queried.

“Oh no!” he replied. “That mountain is sacred, like Mecca and Medina, it is traditionally forbidden to non-Muslims.”

I wondered to myself, what would have happened to us if the horsemen had caught us. I knew that Sharia law provided for incarceration or even beheading of infidels caught trespassing on Muslim Holy Sites.