CONSERVATION WITH AN ATHEIST Part 4 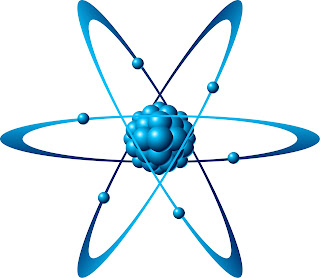 (Scroll down for earlier installments)

A few years ago, I chatted with Doug Corrigan, then the Training and Education Director at Young Living Essential Oils, about TDVP on a Western Caribbean YL cruise. A few months later, while introducing me and other panelists on stage during the YL convention, he joked that talking with me for more than ten minutes would cause your head to explode. I’ve never seen this happen, and of course Doug was exaggerating, but, just in case, you’ve been warned. If you begin to have anything more than a mild headache, take a break, listen to some relaxing music, take a walk in the woods, or just close your eyes and think peaceful thoughts, and then come back to this discussion later.

“OK,” my friend said, “I’ve got these things we’ve talked about rattling around in my head, and I want to get them sorted out and resolved. You said that according to the theory of relativity, in our universe. time measured by actual clocks can pass at different rates for different observers if they are traveling at high rates of speed. Then you speculated that a reality that is that complex, could also be complex enough that believers and non-believers could both be right about what happens when they die. And you’ve said that quantum phenomena are non-physical, non-local gimmel until an actual observation is made, and that gimmel is somehow related to consciousness. Can you explain all this a little better and back up you statements with some facts so that I can understand it well enough to decide whether it’s pseudo-science bunk or not?”

Sure! The mathematical logic of the calculus of distinctions reveals that reality must be multi-dimensional, and that a comprehensive model of reality has at least nine dimensions. Since Einstein’s model is four-dimensional (three of space and one of time) TDVP is an extension of Einstein’s work.

“Wait! I’ve read your blogs about TDVP and the calculus of distinctions, but refresh my memory. How do they relate to these speculations?”

OK. The calculus of dimensional distinctions, with its basic equivalence unit, the Triadic Rotational Unit of Equivalence (TRUE) based on the electron, is the quantum math of the Triadic Dimensional Vortical Paradigm (TDVP). In this model, the math predicts extra dimensions beyond the three of space and one of time that we usually deal with.

Yes, First Gunnar Nordstrom, and then Theodore Kaluza, Oscar Klein and Wolfgang Pauli, all worked on five-dimensional models. Einstein encouraged five-dimensional research, especially that of Kaluza, and there have been five or more different string theories that were more-or-less combined into M-theory a few years ago, which has eleven dimensions. TDVP agrees with this in a manner of speaking, but, I developed a different approach: The calculus of distinctions, with the quantum equivalence unit (TRUE) as the basic quantum distinction, shows that pure mathematics reflects the logical structure of reality, and the math requires nine finite dimensions, one trans-finite dimension and at least one infinite dimension, making a total of eleven definable dimensions. But different than string theory, the seven dimensions beyond 3S-1t are not spatial. Two are time dimensions and three are dimensions of consciousness.

“This is really confusing! How are those extra dimensions visualized?”

Well, they can’t be visualized the way we visualize the three dimensions of length, width and depth, because our physical senses are limited to a 3-D mode of perception, but they can be described mathematically and graphed in cross-sections which reduce the number of dimensions in each cross section to three, but such graphs are very difficult to understand without a lot of practice. Also, the math doesn’t agree with two things about the M-theory dimensions.

Yes. I think it’s a misunderstanding of what dimensions are. No one can “see” dimensions. We see objects extended dimensionally. Lower dimensional domains are embedded within higher dimensional domains. We don’t see the additional dimensions of an object with our physical sense organs simply because they are not physical. I corresponded with Stephen Hawking about my multi-dimensional time model in 1989 through his interpreter, -it was before he got his voice synthesizer. He said he couldn’t imagine more than one dimension of time.

“You corresponded with Steven Hawking?”

Yes, I sent him a copy of the manuscript of my book “Infinite Continuity” before it was published in 1990. In it I proposed that there had to be at least two more dimensions beyond space-time. He kept the manuscript for three months, and when he returned it, he said he didn’t see the need for extra dimensions. But, he has since changed his mind. He has changed his mind about other things too.

Perhaps the biggest one was his “proof”, published in collaboration with Roger Penrose, that the universe started as a mathematical singularity. I also argued in the manuscript I sent him in1989 that there are no absolute beginnings, only change. A few years later, he embraced the extra dimensions M-brane theory and stated that the idea of an absolute beginning was probably wrong.

“Are you saying that your ideas influenced Stephen Hawking’s thinking?”

I can’t prove that they did, but I think they probably did. A few months after he returned my manuscript, in a public lecture he said that someone had suggested three-dimensional time, but that he couldn’t imagine that!

“Hold on, are you implying that you are as intelligent as Stephen Hawking - the man some have called the new Einstein?”

No, I didn’t say that. I don’t advertise my IQ. I agree with what Hawking said in a 2004 interview. He said: "People who boast about their IQ's are losers". I am saying that he rejected my ideas about time and dimensions in 1989 but has since changed his thinking and adopted at least some aspects of them.

“Hawking is super-intelligent. I did some research on IQ when I was in grad school at Harvard, and Steven Hawking’s IQ was once reported as 154, and sometime later as 160, or above.”

IQ is just a number indicating potential. What one does with it is much more important. You could argue that Stephen has done more with his IQ than I have with mine. I never knew what my score on the IQ test I took in high school was, and I had no need to know. The school career counsellor, who knew I wanted to be a scientist, just told me that my score was high enough that I could pursue my dream of becoming a scientist.I got into MENSA based on my Graduate Record Exam.

Yes, but I’m not telling you my IQ because that would be boasting. You know as a statistician that scores past the 99.99 percentile are unreliable. There’s a lot of variance and the confidence limits are as broad as plus or minus the standard deviation on the extreme tails of the bell curve of IQ scores. [IQ is a statistical estimate of how a score on a standardized test compares with the scores of the general population. Standardized IQ tests like the Stanford-Binet test, have a standard deviation of 15 points, and the standard error of a score is defined as the standard deviation divided by the square root of the number of scores with which it can be compared (Se = SD/√N). So, if the highest score registered is only achieved by one or two test takers, then, the standard error, Se, is 15/±1 = ±15, and the true score of one could be any number within that 30-point range. If the score was 197, for example (the IQ claimed by Walter O’Brien, the real-life person behind the TV show Scorpion) the true score could be anywhere between 167 and 227! So, an IQ score like Steven Hawking’s only indicates that he’s in the 99.99 percentile, and that’s really about all you can say about any score between 150 and 200.] But, you know all this, so let’s get back to our discussion.

“Yeah, I saw in your derivation of the TRUE unit that you used the Large Hadron Collider data, which is obtained using Fermi-Dirac statistics, normalized to the mass of the electron.”

Do you see any problems with that?

“No; your derivations deal with electrons and quarks, which are fermions, particles with ½ spin. And, normalization to the mass of the electron makes sense, since that is the smallest mass of the basic elementary fermions, electrons, up-quarks and down-quarks.”

Yes, and after defining the volumetric equivalence unit (TRUE) as the smallest possible quantum distinction for the calculus of dimensional distinctions, I normalized the variables of observation and measurement, i.e., mass, energy, space and time.

“I need a little more clarification here. Why exactly, did you do that?”

I did it to establish a standard quantum equivalence unit. It is very similar to what is done in Planck units, except, instead of normalizing to the five universal constants, as Planck did, I normalized to the four variables of physical structure. By doing that, the speed of light is normalized also, like it is in Planck units.

“How did you know that that would work? Normalization simplifies calculations, but you always lose detail in the process; - How did you know you wouldn’t lose so much detail that it would make the results meaningless?”

First of all, the selection of the units of measurement of anything is arbitrary; for instance, you can measure distance in feet or meters, furlongs, or stone-throws, anything, if it can be standardized, and the results of a calculation in any system of units can be converted back to conventional units after the calculation is done.

“But why go to all that trouble?”

Because we live in a quantized world. By standardizing and normalizing all of our units of measurement, we do away with fractions. Then, every object consists of a whole number of quantum equivalence units, and all equations describing quantum reality are Diophantine equations, i.e., equations with integer solutions.

“I got that. That’s why you were able to use Fermat’s last theorem to explain why quarks combine in threes to form protons and neutrons. A remarkable feat!”

Yes, and I’ve been able to explain a lot more, including why life-supporting elements are stable and why there are neutrons and inert elements!

“Fascinating! But, I have an appointment, so I’ve got to go now. But, I still have some more questions; I want you to explain gimmel some more, and why you think it has something to do with consciousness.”

OK. I look forward to answering your questions. Give me a call when you are free again.