CONVERSATION WITH AN ATHEIST, PART 2 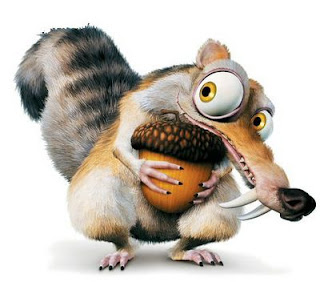 There was a knock on my office door. My self-proclaimed atheist friend was back.

He started with:” OK, I’ve read your articles and posts about quantum reality and you’ve made a case for a third “something” you call gimmel, but I still don’t believe there’s a god!”

OK, that’s what you don’t believe. What do you believe?

“I believe you’ve proved there is something besides matter and energy, something we can’t measure directly as mass or force, but then you go completely off the rails when you jump to the conclusion that the third something is consciousness, and even worse, then you say it’s infinite! Don’t you know that infinity is an illusion?”

Ah, you believe that Infinity is an illusion! Now maybe we’re getting somewhere. Did you read about distinctions?

“Yes, I see that you say everything is made up with finite distinctions, starting with the electron.”

That’s right. Distinctions are finite, and as long as you are focused on finite distinctions, like those that make up your body, you are thinking within a certain finite “box”, and for you, from that point of view, infinity is an illusion. But, anyone who has experienced Infinity knows that that finite box is the illusion.

“I know that god doesn’t exist!”

How do you know that?

You really try my patience! We’ve already been over that.

Let’s say you were born, grew up and lived in New York City, and you’ve never seen a bullfrog. You may have heard people mention bullfrogs, or even heard a song about a bullfrog. But, you’ve never seen one, or even a picture of one, except for a cartoon, so you may think that bullfrogs are just a creature of someone’s imagination, - an illusion.

“OK. In fact, I have never seen a bullfrog.”

You can’t say something doesn’t exist just because you have never seen or experienced it.

“OK, but this gets us nowhere.”

So, forget what you believe or don’t believe. Believing is for someone who doesn’t want to think, and God, or, for you, I mean the universe, gave you a brain, so why use only 10 or 20% percent of it? Let’s talk about what you know, what you experience directly.

“OK, I know I’m alive. I am this body, this persona, these hands, feet, etc., and I’m pretty sure that you and the rest of the world exist too.”

Good! That is a real starting point. You are conscious, you are aware of yourself as a body, and you are aware of other things, which you only know about indirectly. The only thing you know directly, is your consciousness.

“I guess so. I know we see things because of light waves and photons that impact on the retinas in the eyes, and then impulses are sent to the brain, etc., etc.”

No, I have to correct you there. You don’t know that, it’s Just something you’ve been told or that you read in a book. The eyes and the optic nerves are part of your body, but the minute you think of them as objects, they become part of the other. The only thing you know is your consciousness, and science doesn’t know what, or where that is. The only thing you know directly, is your consciousness.

So, your consciousness is not real?

OK, for the sake of argument, let’s say that your consciousness is real; OK?

What happens to your consciousness when you go to sleep?

Maybe, but what about deep sleep, deep dreamless sleep? Where happens to your consciousness then?

Does it still exist?

Does your consciousness fade away to nothingness in deep dreamless sleep, and then reappear as if by magic when you wake?

“It appears that it does, if the body is still alive.”

Good. Now we have a place to start. You have identified with, and as your body. Forget about everything else. Everything else is hearsay. Everything else may or may not exist. It makes no difference. All you know, is that you are the body, nothing more and nothing less.

Yes, that’s what I believe.”

Forget about what you believe. Does belief add anything to you, the body, as of this moment? Does belief make you any taller, any stronger, or any more attractive to the opposite sex?

“No, of course not. It might improve my confidence, but it won’t make any real physical difference.”

Let’s investigate this reality that depends on your identification with your body. Is it enough for you? Are you comfortable with it?

“Yes, why not? You’ve described what I believe, I mean what I know to be true.”

Then, what’s the problem? Why do you come back to argue? Just go ahead and be happy, be comfortable with what you know; enjoy, live, die and disappear. If this is what you know to be true, why bother me or anyone else with your declaration of atheism and arguments to prove it?

“I think anyone who believes in a god is deluded. They need to know the truth!”

That’s just a judgement on your part, no different than their judging you, except they think you’re going to Hell, and you think their consciousness is going to disappear when they die.

Why not just let them indulge in their fantasy? How does their belief affect your reality?

“It forces me to have to deal with their nonsense. I’m confronted everywhere with their symbols, slogans and rules. It’s offensive.”

Why? If their beliefs are nonsense, why not just ignore them, and enjoy what you know. Why do you need to convince anyone that you are right?

“They keep trying to force their Beliefs on me! They’re always trying to “save my soul”!

But, if you don’t have one, why is that a problem? Why are you trying so hard to prove them wrong? Don’t you see that you are doing the same thing they’re doing? They’re trying to convert you to their belief system, and you are trying to convert them to yours. Why not lead by example and just leave them alone?

“Maybe you’ve got a point. I can’t seem to get through to them/”

Good. Now, go away and leave me alone.

After a pregnant pause, Mr. Atheist said: “What? That’s it? You’re not going to try to convince me that this gimmel thing is somehow related to some higher consciousness? To god?!”

“Well, that’s just not right! Everybody needs to know the truth!”

Whose truth? Maybe you’re both right.

“How could that be?” He snorted, shaking his head and looking at me sideways

Are you familiar with Einstein’s Theory of Relativity?

“Einstein’s Theory of Relativity? Yes, of course. But, what’s that got to do with it?

“I think he denied that it was a paradox.”

That’s right! His answer was: “They’re both right”. The problem is with our assumption that space and time are uniform backdrops within which events occur. Einstein showed us that this is not true. Time is not what we think it is. Our observation and measurement of space and time are dependent upon the relative motion and inertial mass of the observers’ reference frames.

Suppose, like the two space travelers passing in the black night of space, you and the believers are both right. If Reality is sophisticated enough so that spacetime is distorted by the observers’ relative dynamics, why can’t it be sophisticate enough so that the realities of two different conscious beings can both be right? Why can’t it accommodate realities of both believers in God and non-believers?

Maybe, at death, believers in God will experience an afterlife, and non-believers will just be dead. Why should what you experience be any more real than what they experience?

Why is it weird? Because you hadn’t thought of it before?

“I need to think about that.”

Good, you go and think about it. Maybe while you’re gone I’ll be able to get some work done.