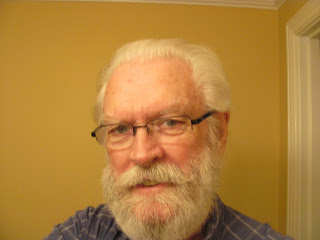 WHY IS THERE SOMETHING RATHER THAN NOTHING?
Gottfried Wilhelm Leibniz (1646 – 1716) is considered by many historians to have been one of the greatest thinkers of all times. Truly a polymath, he was a very gifted physician, lawyer, philosopher, linguist, mathematician, and scientist. He developed the differential and integral calculus used extensively in science and engineering today. In 1671, Leibniz, in his “Principle of Sufficient Reason,” posited that there is an explanation for every fact, an answer for every question. “This principle having been stated,” Leibniz wrote, “the first question which we have a right to ask will be: “Why is there something rather than nothing?”

I agree with Leibniz’s first principle. It is the basis of all science and every endeavor to know and understand the nature of reality. I would restate it in my own words as: There is an explanation for every real thing, and every meaningful question can be answered. Since Gӧdel’s proof of the incompleteness theorems, however, we must add to this principle. We must now say: Everything can be explained, every question answered, but you may have to expand your system of logic to find the answers to some questions. The second part of Leibniz’s statement, suggesting that the first question we must ask is: “Why is there something instead of nothing?’ is as relevant today as it was in 1671, because modern science has still not answered this ‘first’ question. The big bang theory is not an answer, because it only raises further questions, such as: If the universe as we find it originated in a big explosion, was there nothing before that? And, if there was nothing, what caused the explosion?

We all agree that there is something: the observable universe. We exist in a reality of physical bodies, plants, animals and minerals, cities, mountains and streams, oceans, planets, stars, and galaxies. Why does all this exist? Was there ever a time when there was nothing? Since there is a universe, could there ever have been nothing? We can agree that science has found answers to many practical questions about how things work, but, while taking advantage of that knowledge and creating useful technologies, we have also created some very serious problems. I believe that until we back up and answer that first question, we will continue to make mistakes and create more and more dangerous problems in our environment.

Leibniz’s first question is not just an abstract philosophical question; it is a critical question. The survival of our species may well depend upon our getting the answer right.

We (Close and Neppe) have found that there could be no universe without the third form of the substance of reality, gimmel, because of the second law of thermodynamics which would cause any particle accidentally formed by the big bang explosion to decay back to maximum entropy before it could develop any stable structure. That third form had to be pervasive from the very beginning of our universe, and before, in order for the first atom of the physical universe to come out of any origin event like the big bang, whether you want to call it God, Nature, or something else, gimmel had to exist forever, without beginning or end.

Conclusion: Reality is everything that has ever existed. Reality has always existed. There is no beginning or end, only change. If the physical universe, as we find it now, had a beginning, it was formed from, and in accordance with, the logical structure of the Matrix of Reality. I choose to call the Reality Matrix the GOD Matrix. This answer to the first question puts meaning and purpose back into science and human existence.

For more details, read posts on TRUE units, Gimmel and TDVP in this blog.