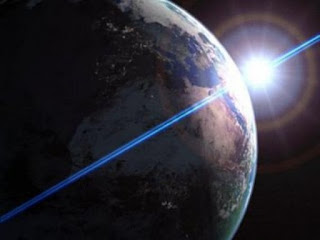 BREAKTHROUGH TO A SPIRITUAL-BASED SCIENCE

The identification of a non-physical form of reality at the heart of the quantum structure of physical reality heralds a major new scientific breakthrough. It is not yet very widely known in the scientific community, but this is changing. This heretofore unknown form of reality is not measureable as matter or energy. It has none of the measureable parameters of physical reality, which makes it non-physical by definition. It does however, have detectable logical structure and the organizational characteristics of some form of consciousness. This makes it a real paradigm shift. The opening of the door into an exciting new world of scientific exploration is now in progress!

This ground-breaking discovery by Dr. Close and Neppe, has generated a number of exciting explanations of phenomena unexplained by the current paradigm. Several papers have been published, and more are going through rigorous peer review right now. Scientists with open minds are eagerly reviewing our discovery. Some, however, with materialistic belief systems shoot from the hip and say that this is controversial or worse, but it is not. A definitive demonstration of this breakthrough is in print and will be published shortly. The discovery is based on a massive amount of experimental data, the laws of physics and mathematical proof.

We’ve validated this breakthrough by demonstrating that it explains a number of things inexplicable and not at all well understood in the current paradigm, such as why there is a complex, intelligently structured universe rather than a chaotic scattering of debris from an explosion, why protons and neutrons are composed of three quarks, never two, four or any other number, Why the eigenvector representing the mixing angle of quarks is the exact angle indicated from experimental data, and why the universe has life-supporting elements like Carbon, Hydrogen, Oxygen, Sulfur, and Nitrogen, in far greater abundance than most other elements.

The heart of the breakthrough is the discovery of the third form of the substance or essence of reality: something that is neither mass nor energy, existing in very specific amounts in every elementary particle that makes up all of the atoms and molecules of the physical universe. We call this essential form of reality 'Gimmel'. We chose the third letter of the Hebrew alphabet because every letter of the english and greek alphabets have been used for representation of scientific and mathematical parameters. This third form is what organizes the substance of reality into logical patterns and stable structures, and why we have something (a universe) instead of nothing!

Please browse the over 100 posts below and in the archives for more detail.
Posted by Edward R. Close at 9:26 AM