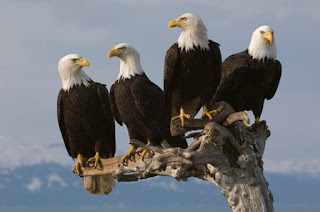 AN ADDDITION TO THE PREVIOUS POST
It is rare that I find a need to change one of my posts after it has been posted, other than for typos or a word change here and there. But my  last post may be an exception. I should mention that I have received far more positive responses on the post than negative, but two people whom I love, and respect very much had problems with the post. Interestingly enough, both are women who are deeply committed to helping people cope with death and dying. One is a hospice nurse, who helped save my life in Egypt, and the other is the founder of the Academy Ars Moriendi (Academy for the Art of Dying) in Romania and Austria. She has also helped save my life by bringing me back from grief and despair. Also, this happens at a time when I may be facing the prospect of death and dying myself. Are there any accidents? In a reality created by a loving God, I think not.

Lab tests have shown that I had elevated PSA levels that could mean prostatitis or cancer. However, I have been down this road before, and I know the cause, and the cure. I was given a natural medicine protocol by a great medical intuitive several years ago. I will not name the intuitive or the natural medicines I use here because I would be accused of trying to sell something. Besides, medicine, natural or otherwise, is not enough alone. The most powerful part of the protocol I use is spiritual, consisting of prayer, visualization, and meditation. I have applied the protocol now, and after three difficult days, I have passed the peak of the curve and am rapidly approaching normal health again!

Returning to the post that offended two of my dearest friends, let me accept the fact that I did not make myself clear enough, and then say that I think the apparent disagreements are a matter of interpretation. By using the words “phony crisis”, I did not mean to imply that the suffering from the COVID-19 pandemic is not real, only that it was manufactured and used for political purposes by those on the extreme left, and perpetuated by those on the extreme right.

I must correct the possible impression I may have given, that only the extreme left is culpable. People who have gotten extremely wealthy and powerful are equally guilty of trying to control us. In the extreme, both left and right are evil. It is just that, in my opinion, the extreme left is more subversive and devious because they operate by pretending to be compassionate until they see they have to use violence to maintain their power. The extreme right is more obviously evil from the outset.

So, now that I am over my most recent bout with pain and discomfort, and can focus better, I think I will not change the previous post, but add this explanation. Evil is evil, whether it dresses itself up as the left promising utopia, or as the right promising wealth and prosperity for all. Neither ideology can deliver what they promise. America, and the world, needs to come back to God, who is as far from one extreme as the other. The only extreme acceptable to Him is extreme love. 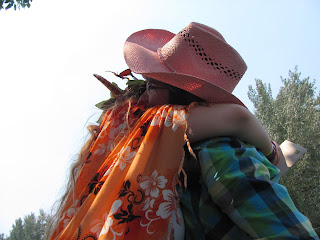