CORONAVIRUS LOCKDOWN, WHAT CAN WE DO? 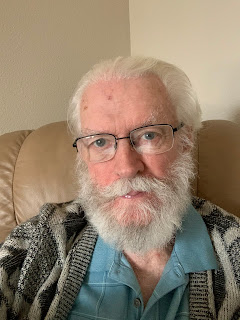 WHAT CAN WE DO?
During this world-wide crisis, it is easy to feel overwhelmed. That’s natural. But we must remind ourselves that we are not helpless. We can join together to fight this! But we must begin in Spirit. As a group united in Spirit, our individual passion and courage is not just additive, It is multiplicative. “Again, truly I tell you that if two of you on earth agree about anything they ask for, it will be done for them by my Father in heaven. For where two or three are gathered together in My name, I am there in the midst of them.” (Matthew 18: 19-20). Whatever your ethnic, philosophical or religious background, if you accept the reality of the resurrected Christ, you have to realize that the Judeo-Christian religion and Western Civilization, your very way of life is threatened by the evil forces behind this pandemic.

If, because of the luxury and comfort of our way of life in the Western World, you’ve been lulled into believing that there is no such thing as evil in this world, the coronavirus crisis is a wake-up call! Wake up to the fact that there are people in the world, including in our own society, and even within our own governments, who want to see the Judeo-Christian way of life destroyed and its followers eliminated. This is not a political conspiracy theory, something that was only true in the past, or something that is only true now in obscure parts of the globe, it is a simple fact of life today, here and now.

We must harken back to the physical, mental and spiritual values of our ancestors. Especially those who established and developed the modern nations known as Judeo-Christian nations: Europe, Canada, The USA, Latin America, Australia, and Israel. There are some who will try to label the effort I am suggesting as a call for “white supremacy”. Nothing could be farther from the truth. What I’m calling for is for recognition of the equal right of cultural survival! Every culture has the right to survive. Calling it white supremacy is part of the strategy of the evil we face. However, this struggle against evil is broader than just a conflict between religions. It is a struggle between all of us who honor and revere the right to believe in a Supreme Intelligence, a Primary Consciousness greater than the human mind, and those who would force atheism on the whole world.

If you are European or of European heritage, you should be proud of your ancestors. I personally believe that I have a right to be proud of my European heritage. (My DNA analysis says I am 98% European.) I have this right just as every human being of any ancestry has a right to be proud of their forebearer’s accomplishments. Of course, no group of human beings is perfect, and I have long maintained that large organizations magnify our faults and failings as human beings. But, even though they did some things that were wrong, our European ancestors built the greatest nations existing on the earth today. Many of my European ancestors fought to preserve our rights of freedom, equality, and the pursuit of happiness in the Western World, including my father, who, even though he was of German heritage, as an American, he fought against Hitler’s German worker’s National Socialist Party (the NAZIs) in World War II. As Judeo-Christians, we should honor our ancestors. It’s Biblical! So let’s re-establish the honoring of our heritage, and our faith in God, whatever our national, cultural and religious background may be. Without that, we are nothing. With it, we can be a great force for good.

A few words about atheism might be in order here because it seems to be on the rise, especially among scientists. Atheism is not a valid metaphysical basis for science or for any worthwhile human activity. It does not even rise to the level of qualifying as a scientific hypothesis, because it cannot be falsified. (Goggle Karl Popper’s definition of science if you are not familiar with it.) I’ve written quite a bit about this, and you can find the logical invalidation of atheism in the archives of this blog.) The fact that atheism has been on the rise among scientists and subsequently in the general population, is a major symptom of cultural malaise. Because it is scientifically invalid, it is my opinion that atheism is a serious mental disorder, and most of those who profess to be atheists probably have a deep psychological problem consisting of the subconscious rejection of their own heritage and personal worth. To most of my readers, this discussion of atheism is a diversion, so let me get back to the subject at hand and the point of this post: What can we do?

The renowned Cultural Anthropologist Margret Mead put it very well: “Never doubt that a small group of thoughtful, committed citizens can change the world. Indeed, it’s the only thing that ever has. Always remember that you are absolutely unique, just like everyone else.” We can do a lot! Don’t underestimate the power of aa single soul, or the power of solidarity of spiritual will.
Don’t ever allow yourself to think: “I’m just one person, a nobody. What can I do? Anything I can think of to do is a drop in the bucket. It won’t have any effect.” The human story is bejeweled with examples of one, two or a few shining individuals, who changed history. Speak out on social media, it is the megaphone of our time. Speak up and share posts that you agree with. Find an effective way to make your opinion heard. Don’t be a pawn in anyone’s plan to rule the world. You are not just a little nobody, you are a child of the Most-High God, an immortal spiritual being, momentarily occupying a physical body. After the man-made evil of this crisis is over, seek the company of like-minded people again.

Make every effort to be well-informed. Don’t trust any of the partisan talking heads on Television who are trying to influence the next election. If you’ve been educated in the public schools in the last 50 years, you need to search for any unbiased records of the history of modern civilization that still exist, or talk to older people who lived through more of our history than most of you have. Why? Because you have been systematically fed a biased line of left-wing propaganda in our public schools. I’m old enough to remember World War II and what happened to the religious, social and political institutions of our world over the years since the end of “the Great War”.

There has been an insidious effort, starting quietly and slowly, but steadily increasing over the years, by proponents of left-wing ideology stemming from the dialectic materialism of God-less Marxism, to undermine the developing Democratic Republics established in the Americas by our spiritual European forefathers. I saw the infiltration of the principles of atheistic communist starting to creep in when I was a math teacher for several years in US secondary schools in California and Missouri in the early 1960s. I escaped into graduate school, and found the influence of dialectic materialism even stronger there. The atheistic forces of evil have been working behind the scenes in all  of our public institutions ever since, preparing for an opportunity like this viral pandemic. “let no crisis go unused” is their motto.

In summary, if you are a person of faith, and especially if you are of European descent, whether you live in Europe, the USA, Canada, Latin America, Australia, Israel, or anywhere else, don’t allow your heritage to be sullied and trodden upon by anyone. You have a lot of reasons to be proud of who you are and what you believe in. Choose to be part of the growing resistance to the evil that may have deliberately caused this coronavirus pandemic, and is now definitely trying to exploit it in order to take over our world in the name of Communism, Socialism, the New World Order, or some other God-less form of communistic globalism. This pandemic is a wake-up call. You can do a lot. Make sure your voice is heard. Speak up on social media. If you are a US citizen, regardless of who the candidates are this November, vote your conscience, but make sure you conscience is guided by faith, not the false hopes and promises offered by politicians who want to buy your vote. Be encouraged! The righteous are strong in Spirit. My motto in the beautiful Dacian-Latin language of Romania is: In Duh suntem Unul! In Spirit we are One!

P.S. 4/7/2020:
I didn't mention in yesterday's post that among the things we can, and should do, is practice social distancing and all the guidelines suggested by various levels of government officials, and in some cases, get Covid-19 testing and/or implement self-quarantine. That's what I am doing. If you've read my previous posts about the coronavirus crisis, you'll know why. I was in Europe - Romania, to be exact - speaking at Science and Spirituality Conferences, when this crisis broke. Then, it is very likely that I was exposed to the coronavirus on on a 12-hour flight from Istanbul Turkey to Chicago on March 12, 2020. The flight was packed with people from Eastern Europe and the Middle East trying to get to the US before travel bans were imposed. Many of them were coughing and sneezing, obviouly exhibiting typical viral respiratory infection symptoms.

I expected the entire flight to be quarantined when we landed in Chicago, but it wasn't. I believe it should have been. Fortunately, I was enroute to a remote location in the Southern Missouri Ozarks via St Louis, so, except for possible contacts with a few people on the last leg of my return trip, and in the St Louis Airport (it was a late-night arrival) I was able to go into self-imposed quarentine within a day. During the next 14 days, I had no flu-like symptoms at all. Even though I am in the most vulnerable age group, I have a strong immune system and no underlying disease. I believe this is because I have a healthy life style, take therapeutic-grade essential oils and food supplements, and never take pharmaseutical drugs. I am, however, continuing my self-imposed quarantine because I may well be what they are calling an asymptomatic carrier of the virus. Meanwhile, I continue to pray for those infected and affected by this man-made crisis.
Posted by Edward R. Close at 7:37 AM