IT'S TIME TO WAKE UP 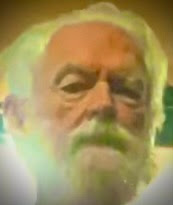 It's time for us – or for me, at least, - to speak out loudly and clearly, and say: ENOUGH! Because today, the truth has been almost completely undermined by lies, and the most diabolical and destructive lies are being put forward as truths. If you no longer know what to believe, then you need to understand that the general clouding of human consciousness, to the point that we might not be able to distinguish truth from lies, is and has been the goal of the enemy all along. It’s really nothing new, it’s just more insidious right now. How did we come to this? To answer this question, we have to take a longer view than that of one life time, or one century. The evolution of consciousness on this planet occurs in 24,000-year cycles.

There was a long period of time, from about 22,000 years ago until about 1,000 BC, during which consciousness was more advanced than it is now. From about 700 BC through the lowest point in spiritual virtue on this planet in 499 A.D., to about 1700, we human beings were suffering through the deep dark ages of the soul. After that time, we began the slow ascent toward higher levels of mental and spiritual virtue in this cycle of planetary time. World War I and World War II were efforts of the enemy to stop this increasing light of truth and keep humanity in darkness for as long as they could. For more about the planetary time cycles in our solar system, see The Holy Science by Swami Sri Yukteswar Giri and posts about time cycles on this blogsite and Secrets of the Sacred Cube, a Cosmic Love Story, by Ed and Jacqui Close.

When the Satanic forces of duality, represented by deluded human beings who infiltrated the religious, educational, and governmental institutions of the declining civilizations of the last cycle sought to perpetrate their evil global dominance into the new ascending cycle, saw that they were losing their grip on humanity with the victory of freedom over tyranny in the defeat of the imperialist socialistic axes of Germany, Italy, Spain, and Japan, ending World War II, they began planning ways to organize and use the remnants of evil forces to resist the slow movement toward the enlightenment of the people of Planet Earth in more subtle ways.

After the end of World War II, recognizing that brute-force dominance had failed, the Satanic forces began searching for more subtle ways to control the thoughts of human beings. Using the same basic negative principles employed by in the “Holy” Roman Empire to subvert Christianity, by Hitler in Germany, Stalin in Russia, and Mao in China, the mis-guided minions of evil resumed their attacks on the vulnerable members of humanity. In the 1960s, deluded proponents of global communism started planting long-term sleeper-cells and using neuro-linguistic programming to undermine the growing freedom of Western Civilization in Europe and America.

I learned about this long-term infiltration first-hand in 1962 when I was a graduate student in theoretical physics, from a Chinese Communist student-spy who, along with thousands of other communist intelligence agents had infiltrated America’s open systems of education, communication, politics, and entertainment. We were classmates in an intensive summer-school quantum physics course. He came to America as a graduate student in physics after studying in Russia for four years. He saw me as a potential political convert and confided in me during a weekend of social drinking.

At the time, I dismissed what the Chinese grad student told me as the fanciful delusion of one or a few foreign students who were communist ideologs; but later, I learned more about the widespread infiltration of American institutions, while I was a doctoral student at Johns Hopkins University and a charter member of a US Government Systems Analysis Group during the time period 1965 – 1977.

As an environmental engineer and mathematical modeler in support of a government-wide movement toward computerized management by systems analysis, inspired by World Bank President and former US Secretary of Defense, Robert S. McNamara, I had occasions to interface with some of the left-wing political operatives embedded in US Civil Service. I left US Civil Service and went into private consulting in the 1980s in large part because I did not want to be part of this subversion of American democracy.

Now, in an all-out last-ditch effort to continue to enslave the masses, the mis-guided minions of evil are mixing materialistic Marxist utopian propaganda with the threat of nuclear war to force humanity into a state of submission under global communism. It won’t work if we simply wake up and realize that the ultimate goal of forced globalization before humanity is mentally or spiritually ready for it, is to control humanity, prevent the enlightenment of individuals, and thwart the ascendance of good over evil.

GOOD AND EVIL – AND THE PURPOSE OF LIFE

I have addressed the concepts of good and evil, the purpose of life, the existence of consciousness, and Infinite Intelligence in other posts on this blogsite that can be accessed by searching for these subjects. But I will summarize definitions of them here to make the content of this post more complete by itself.

One of Shakespeare’s most quoted lines is:

“There is nothing either good or bad, but thinking makes it so.”

This line from Hamlet, uttered by the Danish Prince in a discussion with his old schoolmates Rosenkranz and Guildenstern in support of his feeling that Denmark had become a prison for him, highlights a human attitude that is one of the Satanic force’s most effective tools in the effort to derail human spiritual advancement. Hamlet’s statement expresses a belief in relativism – not to be confused with Einstein’s relativity, which is a mathematically deterministic system of logic that is the exact opposite of relativism.

Relativism is the belief that good & evil are whatever society collectively believes them to be. In reality, nothing could be further from the truth. Reality, including the stable structures of the physical universe, while constantly changing in meaningful ways, is a manifestation of the logic of the Infinite Intelligence behind the physical universe and cannot be affected substantially by the egoistic desires of individual finite conscious beings.

When we realize that Primary Consciousness exists in every aspect of reality, and that the purpose of the existence of objective reality is to provide endless  opportunities for individual conscious beings to experience physical existence and expand their consciousness by choice to attain the state of awareness that includes the entire cosmos, defining good and evil becomes easy. Anything that expands individual consciousness toward the goal of Cosmic Consciousness is good, and anything that blocks or reverses that expansion is evil.

The purpose behind all learning processes is to expand the finite consciousness associated with an individual body, mind, and soul. Eventually, all positive physical and intellectual exercises that expand individual consciousness will merge into some form of spiritual practice. So, wherever you are on the path to ultimate enlightenment of Cosmic Consciousness, choose the spiritual practice associated with a lineage of spiritual teachers that makes sense to you.