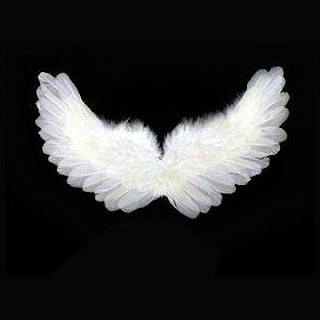 THE SUBTLETY OF CONSCIOUSNESS - AND LOVE

Today, I feel an urge to write about the subtlety of the one and only thing that we, as conscious beings, experience directly: the wonderfully expansive and universal form of consciousness known as Love.

First, I am prompted to say a few words about language: Language is a reflection of the logic of both mind and Spirit. It is also a filter that is full of cultural nuances, and it often obscures the truth one attempts to convey. Although I might write in any one of several languages, and I might prefer German for logical precision, or Romanian for subtle heart-felt nuance, I am writing in my native tongue of US English. English is at the same time, both a wonderful and a horrible language! It is wonderfully flexible in that the words, put out in order, nearly any, still understood can be. But English is actually full of words borrowed from other languages and as such, it is horrible in that it is about as linguistically confused and confusing as a human language can possibly be. The confusion is most noticeably ubiquitous in the use and misuse of the common vowel sounds, A, E, I, O, and U.

The vowels are the heart of a language. They start at the back of the throat and proceed to the lips, connected to facial expressions, picking up emotion and nuance on the way. They carry most of the real content of thought. They are connected to emotion and can be energetic, or soft and intimate, loaded with nuance and meaning, while consonants are hard sounds, separating and framing the content expressed by the vowel sounds. In older, more heart-centered languages, the vowel sounds are pure, pronounced: Ah, Eh, ee, Oh, oo. In English, we pronounce these five letters as: Aye, ee, ai, O, ee-you, but when they are used to spell words, we sometimes revert partially to the older usages, and sometimes not. We often pronounce the most common vowel, which is “E” with the original pronunciation of the letter “I”, and about 80% of the time, while speaking, we pronounce most of the vowels as “uh”!

But, to get to the heart of the expressions of human consciousness, we have to go deeper, beyond the cultural overlays of our many different contributing languages, some of which are contemporary, while others appear to have origins in the distant past, and perhaps even in other parts of the universe, when the physical expressions of mental and spiritual virtue were at a much higher level than they are now. This feature is, in fact, another reflection of the cyclic nature of three-dimensional time. Some of the most ancient languages found on Earth are more sophisticated than any of our modern languages. Hebrew, Ancient Egyptian, and Sanskrit are examples.

The Illusions of Separation

The infinite continuity of Primary Consciousness is effectively hidden from us by the extremely small-scale, finite quantization of fine-structure physical reality and the limitations of our macro-scale sense organs, that are only sensitive to very narrow bands of frequencies and amplitudes of vibrational energies. And perception by way of the physical senses is complex and very indirect, depending upon multiple energy transmission and reception processes, both outside our physical bodies and within the finely tuned neurological network leading to detailed comparisons of incoming impulses with virtual images stored in our brains.

Physical perception is focused on features of the environment that have significance for individual and group survival and reproduction, because the long-term goals of spiritual evolution cannot be attained if individual conscious beings do not survive the challenges and dangers of physical existence. The physical survival of the individual depends on a sharply localized focus at the level necessary to minimize the probability of physical harm or destruction. This focus leads to the virtual exclusion of the awareness of other, broader aspects of reality that are less critical for immediate survival, especially during the early stages of the organic growth and development of the physical vehicles of consciousness. But mere survival is not sufficient to explain the functioning of individual intelligent spiritual consciousness.

Every aspect of reality, even the most gross physical feature imaginable is imbued with the elegance of Primary Consciousness at the quantum level. As Spirit awakens in the course of the evolution of infinite consciousness in an individual, awareness of this in-dwelling glory is the origin of much beautiful music and poetry; and, when one soul sees this wonderful depth and beauty in the soul of another person, true love is born. But, love, like any other profound force of nature, must be handled with great care. Just like all of the energies flooding reality can be used for good or ill, love can be used to nourish the heart of another, or it can be used as a weapon. So, when you touch another’s heart, you must do so with the utmost care and tenderness, because when a heart is open to receive love, it is at its most vulnerable.

Just as there is a fine line between genius and insanity, there is also only a fine, gossamer film, thin as a butterfly’s wing, between love and hate. Jesus said “In my Father’s house are many mansions …” – John,14:2, and in this world of good and evil, there are also many self-constructed cells of pain and suffering. The misuse of love is the surest way to build one for yourself. So never say “I love you” unless you mean it.

To be in love, to give and receive love with all your heart, is to be fully alive at long last. Pure Love, like Pure Consciousness, is beyond the words of any language because they are one and the same. In Pure Love, the ego is gone. You cannot describe the experience of Love because the entity you have identified with and tried unsuccessfully to guard from all harm for eons, no longer exists. The body and soul have melted; the lover and the beloved have become one. Your drop of consciousness has become the Sea of Eternal Love.