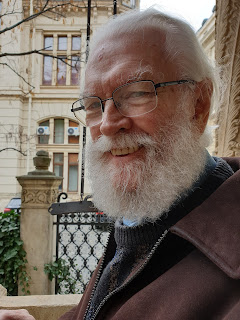 Because the senses of the physical bodies we inhabit on this planet are limited to perceiving only very small fractions of the vast ranges of space, time, mass, energy, and consciousness that actually exist, we are normally unaware of the overwhelming majority of reality because it exists beyond the limited focus of the physical senses developed for the purpose of physical survival on this planet. It is necessary for evolving consciousness to gradually increase awareness over many lifetimes of sentient beings in order for individuals to be able to learn to expand their individualized consciousness toward the eventual grand goal of Cosmic Consciousness.

The limited finite awareness of conscious beings exists roughly in the middle of the range of density and intensity of mass, energy, and gimmel that make up reality, which exists from the finite quantal level to the cosmological whole, expanding toward infinity. The quantum level is more accessible to us, for one simple reason: As quantized consciousness expands in all directions, there is a ‘bottom’ to reality at the quantum level, while expansion in the opposite direction goes on toward infinity forever. The primary building blocks of reality exist at the quantum level and it is for this reason that derivation of a  functional quantum calculus is so important for the continuation of the development of science.

It is clear that Max Planck understood the need for a quantized mathematical approach to the task of understanding reality. He developed a quantized system of measurement, that is now known as Planck units, in an effort to accomplish that. It didn’t evolve into a complete quantum calculus for a number of reasons, but it was a definite move in the right direction. He wrote:

Translation: “… the possibility exists to set up units for length, mass, time, and temperature, independent of special bodies or substances, keeping their meaning as necessary, for all times and for everyone, including even extraterrestrial and non-human cultures, and which therefore can become known as ‘natural units of measurement’."

Planck tried to create a natural system of units by setting the four universal constants: the speed of light, the gravitational constant, the quantum of action, now known as Planck’s constant, and Boltzmann’s constant, equal to one. The problem was that no quantum calculus consistent with the unitary quantum equivalence he had defined was established. Among the constants he used to establish quantum equivalence, only the speed of light was based on the basic elementary units of length (space) and time. The other constants involve compound non-quantum variables. The result was the production of quantum fractions that have no counterpart in stable physical reality.

Max Planck, much like his friend Albert Einstein, was a physicist first, and a mathematician only as needed to support his work in physics. He may have realized that establishing a consistent quantum calculus would require a complete redefinition of the fundamental operations of arithmetic, algebra, and the calculus of differentiation and integration, a truly daunting task for anyone to undertake!. Also, he may have been aware that there are no known general methods for solving the Diophantine equations that result from describing quantum reality in a mathematically consistent manner. The CoDD, is a quantum calculus developed from 1986 until 2015, with the help of Russian Mathematician Vladimir N. Brandon from 1997 until 2003, and the brilliant polymath, Dr. Vernon M. Neppe, from 2008 until 2015. The CoDD with truly natural units, fills the basic need for a quantum calculus appropriate to investigate the quantum reality underlying the world we experience.

The results of the application of the CoDD with 3-D quantum equivalence units to the mathematical expression for constant light speed, as discussed in the last post, reverses the illusion, caused by the limitations of our physical senses, that space/time and mass/energy are fixed. But, in a universe with no fixed universally prefered reference frame, wherein each measurement interacts with every other measurable variable at some level, focusing on one part of reality to understand it completely is like playing a game of “whack-a-mole”, or pulling on a thread in an endless mosaic: The act of measurement in one spot evokes an equal and opposite reaction somewhere else. The ultimate resolution of this dilemma is for the observer to become one with the whole of reality. That state of consciousness is what I have chosen to call Cosmic Consciousness.

However, while reality cannot be encompassed by expansion into the cosmos unless we achieve the ultimate goal of Cosmic Consciousness, because there is a “bottom” to reality at the quantum level, the subtle essence of reality can be cornered there, so to speak, at least momentarily, by gradually expanding individualized consciousness to include awareness of the building blocks of reality. This can be done consciously by developing the siddhis discussed in earlier posts, or it can be done mathematically by applying the quantum calculus (CoDD) to analyze the combination of two up quarks and one down quark to form the most stable object in all of physical reality, the proton. This application of TRUE analysis, done nearly a decade ago, resulted in the discovery of the existence of gimmel, the all-important non-physical component of the proton.

In my opinion, once the basic laws governing the physics of rotating objects spinning at near light speed are understood, the mathematics proving the existence of gimmel, the non-physical component of the proton, are not beyond that which a bright student of algebra at the high school or first-year college level can easily understand. However, I have promised to avoid mathematical notation and jargon as much as I possibly can in these posts, so I will do my best now to explain the analysis that resulted in the proof of the existence of the measurable non-physical component of reality in terms that I believe anyone can understand.

Eleven members of the family of 12 elementary objects known as quarks are all very unstable when not locked into combinations to form the hadron building blocks of physical reality and the elements of the periodic table. But when two of the smallest quarks, the most stable of the family, called up quarks, and one of the next larger quarks, the down quark, combine, they form the most stable known object in the universe, the proton. Application of the quantum calculus I call the Calculus of Dimensional distinctions (CoDD), with Triadic Rotational Units of Equivalence (TRUE) analysis, to this combination reveals that the proton cannot possibly be stable without the existence of specific numbers of additional Triadic Rotational Units of Equivalence (TRUE) of something that cannot be either mass or energy.

The CoDD TRUE analysis provides the mathematical and physical explanation of the fact that stable subatomic objects and consequently the elements of the periodic table are formed exclusively by the combination of three elementary objects, not two, four, or any other number. Because the TRUE are defined by the mass and volume of the smallest stable elementary object, the free electron, the redefinition of the fundamental operation of addition in the new quantum calculus, is mathematically analogous to the combination of quarks forming the proton. This leads to a variety of clearer and mathematically simpler explanations of the quantum processes that form all of the stable structures of the physical universe.

Learning about reality is its own reward because knowledge is power, and knowledge of the structure, meaning, and purpose of reality leads to ultimate power over the negative forces of our dualistic existence on this planet. The pathway to this knowledge may be difficult, but, as Jesus said to his disciples:

“The harvest truly is plenteous, but the labourers are few; Pray ye therefore the Lord of the harvest, that he will send forth labourers into his harvest.”

In future posts I plan to discuss how explanations derived from applications of the quantum calculus and spiritual siddhis lead to a deeper understanding of quantum reality that will allow us to learn how to consciously impact reality at the quantum level through positive intent, in ways that will be beneficial to all.