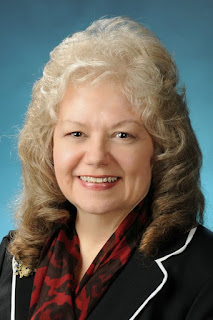 REFLECTIONS ON A SABBATH

Today is Sunday. In the quietness of nature where I am today, the church bells of yesteryear are silent. They have been replaced by the sounds of the wind in the trees and the calling of the birds and wild animals that still inhabit these hills. Around the world some people still pause on their traditional Sabbath, a day of rest, ranging from Thursday, to Friday, Saturday, or Sunday, depending upon the religious cultures of their ancestors. There is no question that most of the people of this world sorely need a day of rest today. We tire of the incessant stream of lies and propaganda from mainstream media that negatively impact our hearts, minds, and souls today. Hopefully, an increasing number are turning off the TV and thinking once again of God, whatever their personal conceptualization of the Creative Intelligence that underlies reality may be. As the winds of war replace the music of church bells yet again in many places around the world, let’s contemplate the reality of our morbidity and the purpose and meaning of life. Have we learned anything from the many mistakes of mis-guided humanity the past?

I have taken the long view in most of my blogposts of the past couple of years, trying to give hope to those suffering today, by pointing out that things are gradually improving. But this long view, because it covers a period of about 100 times the average lifespan of most of you who might read these posts, sounds like wishful philosophical posturing when juxtaposed against the realities of today. So, let’s talk about the ugly realities of the recent past and the concerns of today.

About four years ago, I think because the work that Dr. Neppe and I had been advancing and publishing in the field of mind-matter interaction had begun to attract attention worldwide, and because I had been a systems analyst in an elite group within the US Government, I was approached by representatives of the “Global Elite” with a proposition that they believed I could not possibly refuse to accept. I was told that, if I joined their ranks, they would see to it that my wife, Jacquelyn Ann Hill-Close, who was in the final stages of kidney failure after six years of dialysis, would have the most advanced treatment possible, and that I would have unlimited funding for my research. All I had to do, was swear allegiance, by blood oath, to their cause, and agree to “follow orders without question, when the time came.”

Those of you who follow my Transcendental Physics blogposts probably know, or at least suspect, that I do not write with a prior plan or project in mind, regarding the content of my posts; I write by inspiration. When I began to write the paragraph above, I stopped, because I know what the people behind the great hoax that has been forced upon the people of this world for the past sixty years are capable of. I turned to my inner connection with my spiritual guides and asked if I should post this. I got an immediate response that told me yes, I should post it. It is time right now to merge intellectual understanding with practical application, and this is part of that effort.

The promise of saving my loving partner, my helpmate of more than forty years, plus unlimited research funding was very tempting. In fact, I decided to accept their offer and go ahead with the ritual of initiation they required. Fortunately, I came to my senses before the deed was done. When I paused during the ritual to meditate, I realized that this would undermine the mission I had been given by my spiritual mentors. Still, I could not imagine life without her. Before the last step of my initiation into the organization, I visited Jacqui in the hospital and told her that I had been offered an opportunity to save her life. She had just come out of one of her near-death experiences that she wrote about in what became part of the manuscript of Secrets of the Sacred Cube, a Cosmic Love Story, published in 2019 (See pages 300 – 358). She said: “Honey, I’ve been told these are my last days on Earth! And they said that you still have a lot of work to do. I love you so much! Please don’t sell your soul to the devil trying to save me!”

I will stop here and reflect on how blessed I was; and continue to be. Thank you for listening.