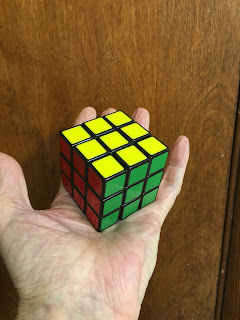 As mentioned in the last post, the idea that there might be a way for conscious beings to “re-imagine” and change reality in whatever way we might want to, has become increasingly popular, and the history of science and technology attests to the fact that we do actually affect real changes in processes that start with imagination because some things that surfaced in human imagination as science fiction 50 to 100 years ago, have actually manifested and radically changed our lives. Not only that, certain advanced experimental and theoretical developments suggest that some aspect of consciousness may interact directly with physical reality in some way, at the quantum level.

It is obvious that conscious beings interact with reality all the time at the macro level, in ways that effectively change some of the natural features of reality for specific purposes through the organization and preparation of materials, followed by appropriate construction activities. Examples include everything from insect and animal nests to skyscrapers, computers, and rocket launchers. But the dream is that we may be able to affect reality in a more direct way by making changes at the quantum level. But before we can do that consciously and safely, with any hope of producing positive results, we need to have a far better understanding of exactly how consciousness relates to physical reality at the quantum level.

A very formidable barrier we have to overcome before we can think about how to affect changes at the quantum level without wreaking havoc, is the huge difference in size between what we perceive with our physical senses and the scale of elementary quantum objects. Prof. Jon Butterworth’s attempt to help us grasp the true magnitude of this unimaginable size difference was quoted in the New Approach Part 24 blog, under the heading Taking a Deeper Look, posted on May 1, 2022. Underlining his point, I’d just like to say that the difference is far greater than the difference between the size of a grain of sand and the size of the Earth or sun; it’s more like the difference between a grain of sand and the size of the milky Way, or the volume of the largest spiral galaxy in the physical universe.

This relative size barrier, while ostensibly overwhelming, is not insurmountable because of an innate skill that will eventually be available to us all. It’s a yogic siddhi (a spiritual sense perception in this case) enabling a conscious being to magnify anything to a size that is as large as is needed. In a couple of books and previous posts I have described how I first experienced this innate ability spontaneously while sitting in a classroom when I was eleven years old.

For the purposes of this discussion, I’m asking you to imagine, or to suspend your belief system momentarily if you can’t imagine it and accept that I am describing a real experience. In the study mentioned earlier, in which we determined the correlation between the Annie Bessant meditation viewing of atomic structure and results of TRUE analysis of atomic structure using the TDVP CoDD, we see experimental and mathematical evidence of the existence of the siddhi that allows us to magnify quantum details. This is essentially what I did to develop the CoDD, and that resulted in the discovery of gimmel, the non-physical organizing feature of reality.

Developing a quantum calculus (the CoDD) based on a quantum unit (the TRUE), defined as the mass and volume of the smallest elementary object, the electron, and applying it to analyze the most stable quantum-level process, the  combination of two up-quarks and one down-quark to form the proton, also revealed concepts in the current Standard Model that have no existence in reality. The most obvious are dimensionless and massless particles, one-dimensional objects, and two-dimensional objects. No such things exist in reality. They are purely conceptual. How do we know this?

Zero-, one-, and two– dimensional domains do not exist in a quantized reality because, as Einstein pointed out, space has no existence of its own, and Zero-, one-, and two– dimensional domains have no capacity to contain anything, not even one quantum of mass or energy. From a purely logical point of view, a mathematical singularity, a line, or an area, have no content, no mass, and no energy. They only exist as mental concepts. No real object can have less than one TRUE of mass, energy, or consciousness content. The inclusion of mathematic singularities, lines, and areas with no depth in reality models leads to contradiction, confusion, and logical paradox.

Paradox, like pain and suffering, is God’s gift to those who take thinking about human existence seriously. Without paradox, there is no real progress: No real progress in Love, science, artistic creativity, intellectual understanding, or spiritual evolution. Real paradox means contradiction, conflict, and confusion – but also, most importantly, paradox presents profound opportunities for consciousness expansion and spiritual growth. Therefore, paradox should be welcomed as an invitation into a more comprehensive reality with opportunities for scientific and spiritual progress.

Paradoxes revealed when conventional mathematical descriptions of physical combinations are translated into the quantum calculus of the CoDD lead to the discovery of higher dimensionality and revelation of many more meaningful patterns of reality. The simplest example is the “imaginary” number of conventional mathematical calculation. The square-root of negative one is a paradox in 3-D space, but in 4-D spacetime, it is not paradoxical. In fact, the square root of negative one is the proper value of the unitary projection from the 3-D domain into the 4-D domain. An important invariant feature of hyper-dimensional domains is the transmutation of the basic unit of measurement into a more complex root of unity after each triad of dimensions. This becomes obvious in applications of the primary quantum calculus (CoDD), while it remains hidden in conventional mathematics because the units of observation and measurement are not related directly to quantum reality.

With the basic unit of measurement, the TRUE, defined by the mass and volume of the electron, patterns reflecting the physical features of quantum reality appear in the integer multiples and Diophantine equations of the CoDD model that are hidden in the conventional physical and mathematical analyses of the Standard Model by inappropriate applications of the infinitesimal calculus of Newton and Leibniz and by idealized concepts like dimensionless particles, and one- and two-dimensional structures that do not actually exist in quantized physical reality. Here are some examples of patterns revealed by the CoDD, with measurements in triadic rotational units of equivalence (TRUE):

The up quark: 22 = 4, consisting of 4 three-dimensional unitary objects rotating around each other is not a perfectly symmetrical 3-D object, but the up quark is the simplest and most stable quark, and it is symmetric in three planes, making it almost as stable as the proton.

The down quark: 32 = 9, consisting of 9 three-dimensional objects rotating in one plane; not a perfectly symmetrical 3-D object, it decays in a little under 15 minutes when not in combination with up quarks to form a proton.

People known as numerologists have been fascinated with numerical patterns in mathematics for centuries, but most of the patterns they note are not directly related to the structure of reality because the conventional units of measurement are not quantum units. They are related to the fundamental operations of mathematics and the use of the number base 10. Change the number base or the operational rules of calculation, and most of the patterns noticed in conventional math by numerologists disappear or change.

The important point here is not just that there are interesting numerical patterns in CoDD quantitative descriptions of elementary objects, but that these patterns tell us something about the actual dimensional structure of the quantized elementary objects that make up physical reality, and how they combine to form more complex objects. The numerical patterns in the quantum units (TRUE) describing the three elementary objects (the electron, up quark, and down quark) and two combinations (the proton and the hydrogen atom) described above, tell us the following:

2)   The total number of TRUE is equal to a cube in the most stable objects, the electron, and the proton, indicating perfect dimensional symmetry.

3)   Objects with total TRUE equal to a square (like down quarks) are symmetric in one plane only, with limited stability when they are not in combination with other partially symmetric objects.

4)   Elementary objects do not combine like macro-objects, they merge in a manner similar to volumes of fluid at the quantum level.

In future posts I will describe the nature of quantum reality revealed by TRUE analysis in more detail and explain how this knowledge will help us to  be able to affect positive changes in reality at the quantum level.